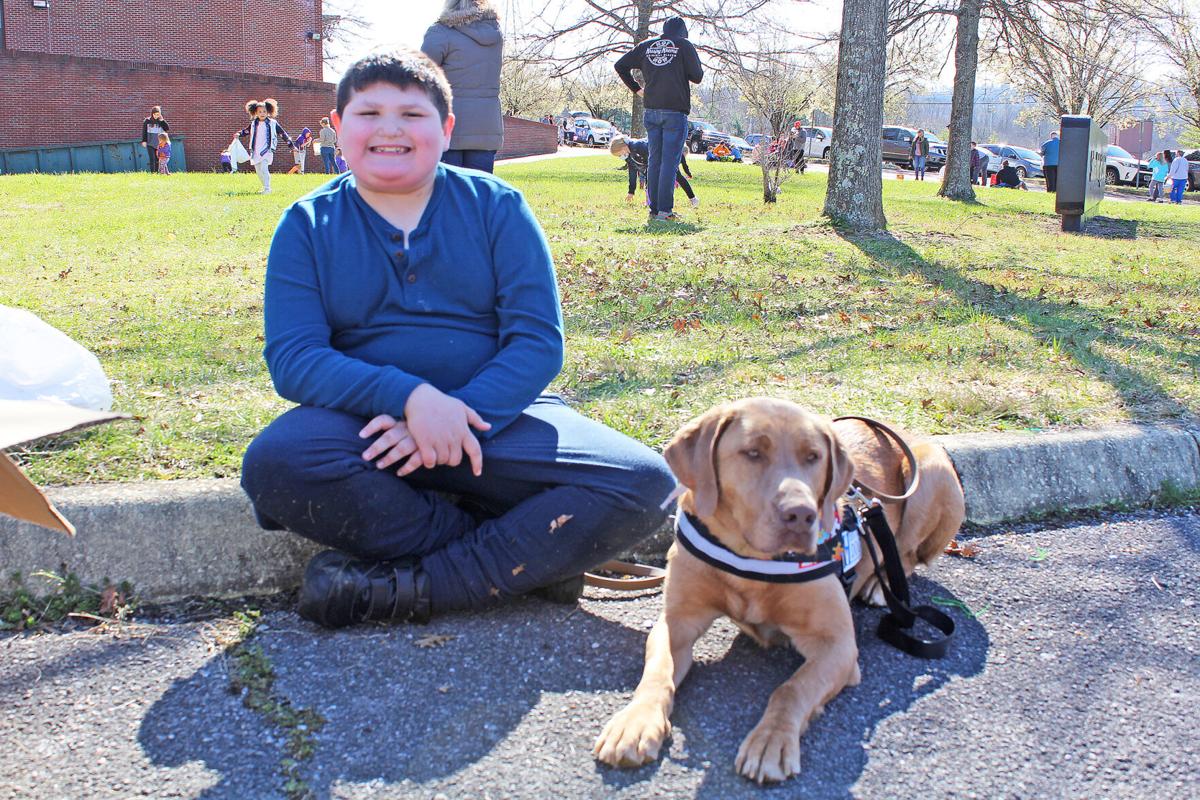 Thomas Simerly is shown here with his service dog, Douglass, at the Bloomingdale Easter egg hunt on Saturday. 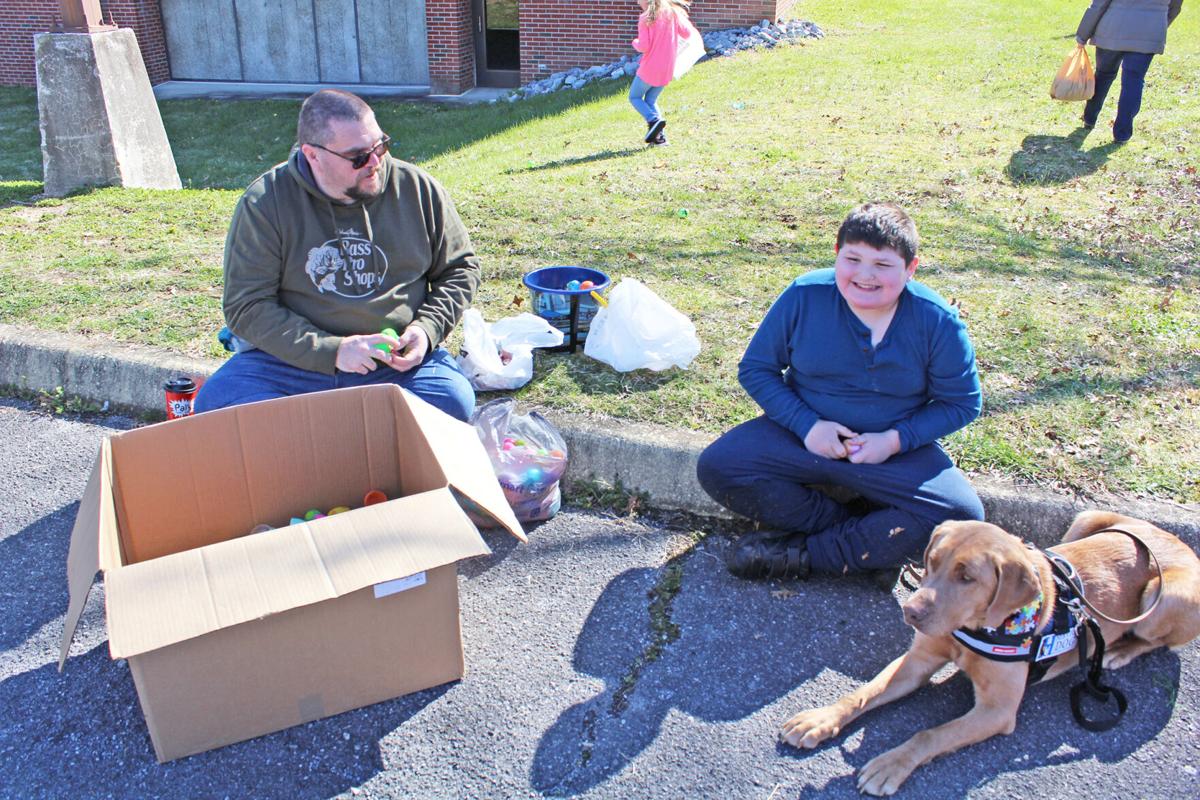 Thomas Simerly is shown here with his service dog, Douglass, at the Bloomingdale Easter egg hunt on Saturday.

KINGSPORT — Nine-year-old Thomas Simerly has finally united with his new service dog, thanks to community support.

For the last couple of years, Thomas’ parents, Les and Rebecca, have been working to raise funds for the dog, which cost nearly $16,000. They recently enlisted the help of the Bloomingdale Ruritan Club, which raised almost $5,000 through recent campaigns and mailed-in donations, putting the family over the finish line to their goal.

The Simerly family welcomed Douglass, a Labrador retriever and certified service dog, into the family on March 25. The dog is trained to help Thomas, who has autism and ADHD, wherever he goes, whether it’s to church, a restaurant or the grocery store.

Though Douglass has only been part of the family for a few weeks, Rebecca said he has already changed her son’s life, whether it’s by calming Thomas down or finding Thomas if he’s wandered off. She added that any extra donations that have come in since March 25 will go toward Douglass’ vet care and extra equipment.

“Our life has been forever changed for the better,” Rebecca said. “The fact that we are able to go somewhere like Walmart that we couldn’t go to before, because it was too much of a risk for him to run off, it’s astounding. Thomas really wants to help other kids now, which I think is a show of not only how special needs kids feel, but it also shows how this has changed his life.”

Les and Rebecca said they are already looking at ways to pay forward the community’s generosity, including helping other families get service dogs. The family also plans to join the Bloomingdale Ruritan Club to show their appreciation for the organization’s fundraising help.

“We’ve been approached by several families that have autistic kids who need a service dog,” Les said. “So we point them in the right direction, tell them how to raise the funds as far as doing the fundraisers.”

With the help of the Bloomingdale Ruritan Club, the family is inviting the community to two upcoming fundraisers, the first of which will be held this Saturday.