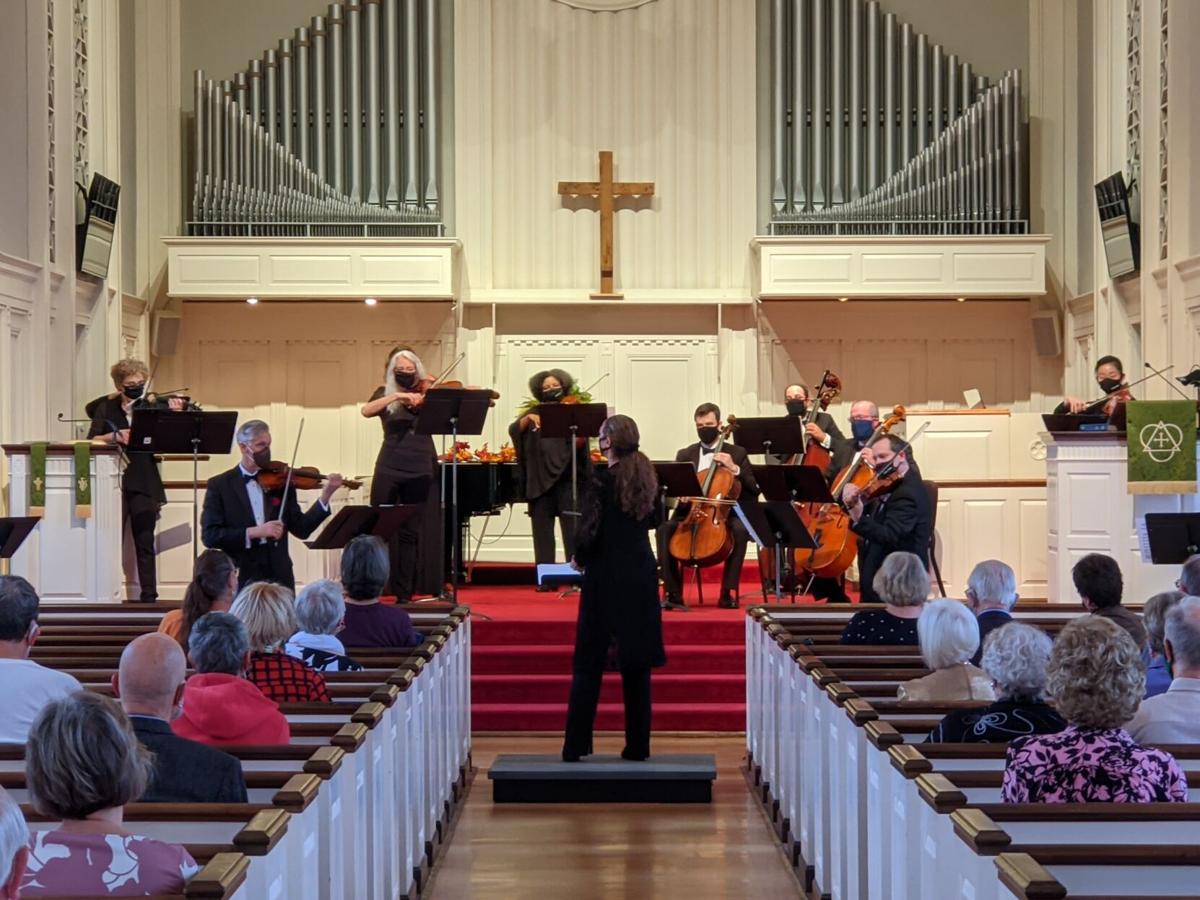 Symphony of the Mountains recently received a grant from the Tennessee Arts Commission to produce a video concert, which will be offered to the region’s hospitals and nursing homes for use on their internal TV channels. 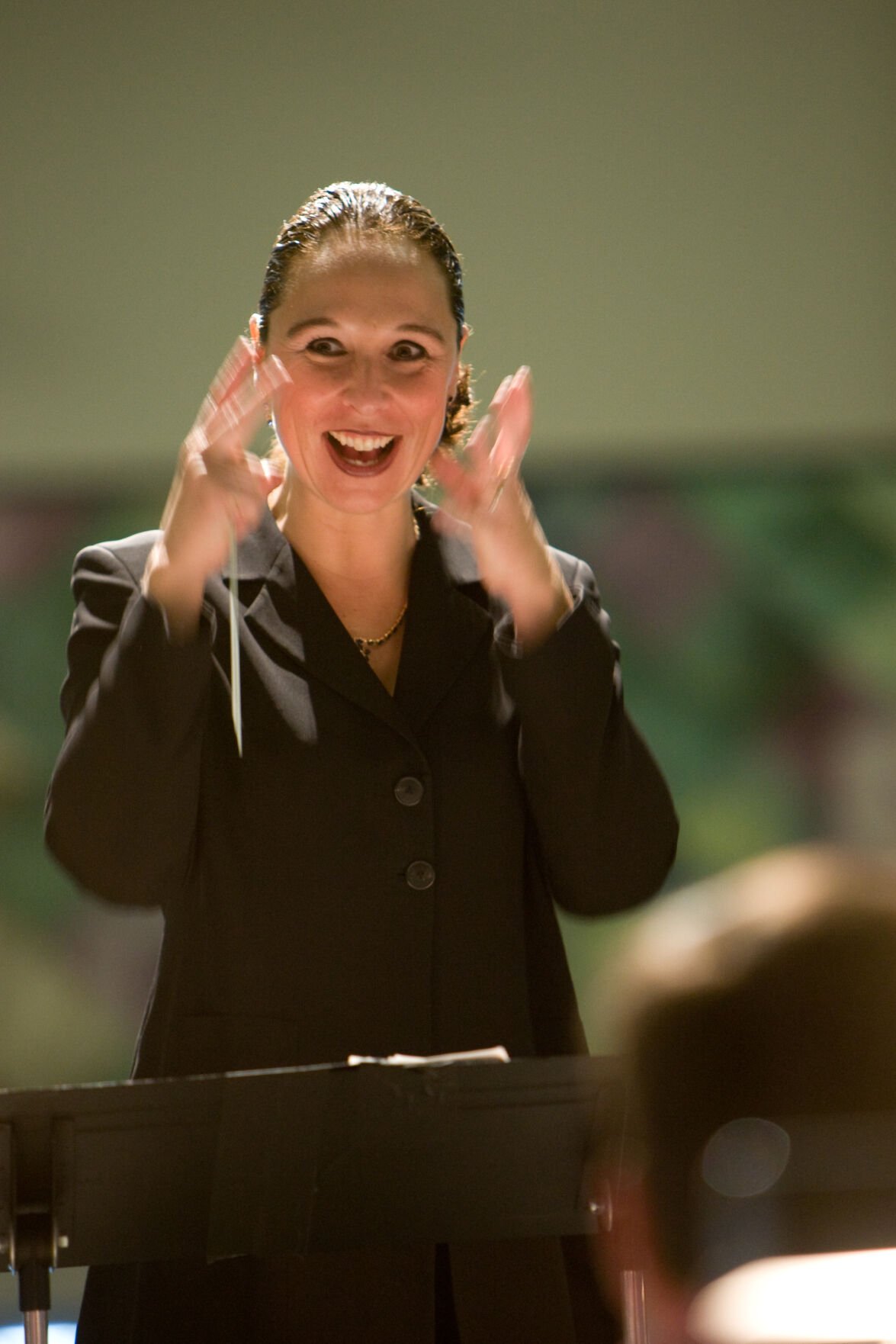 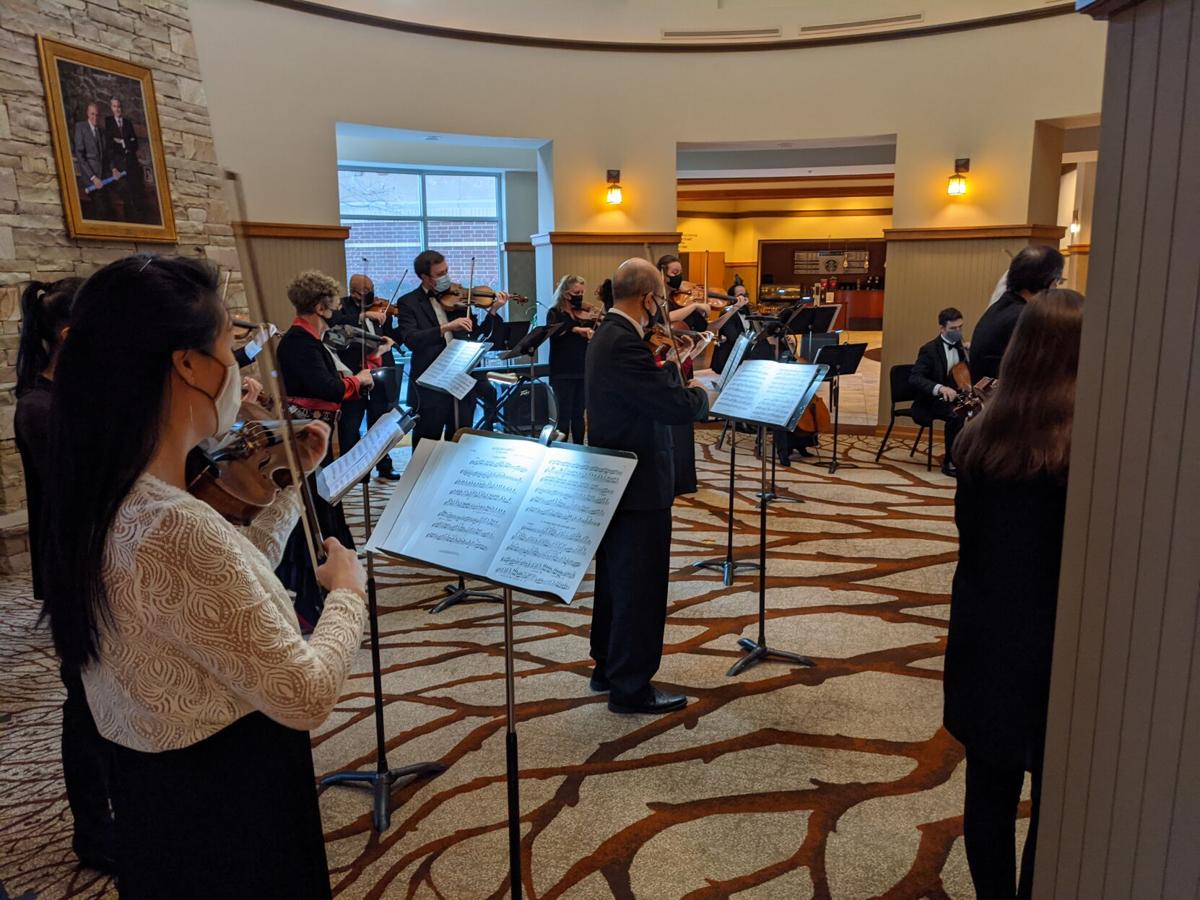 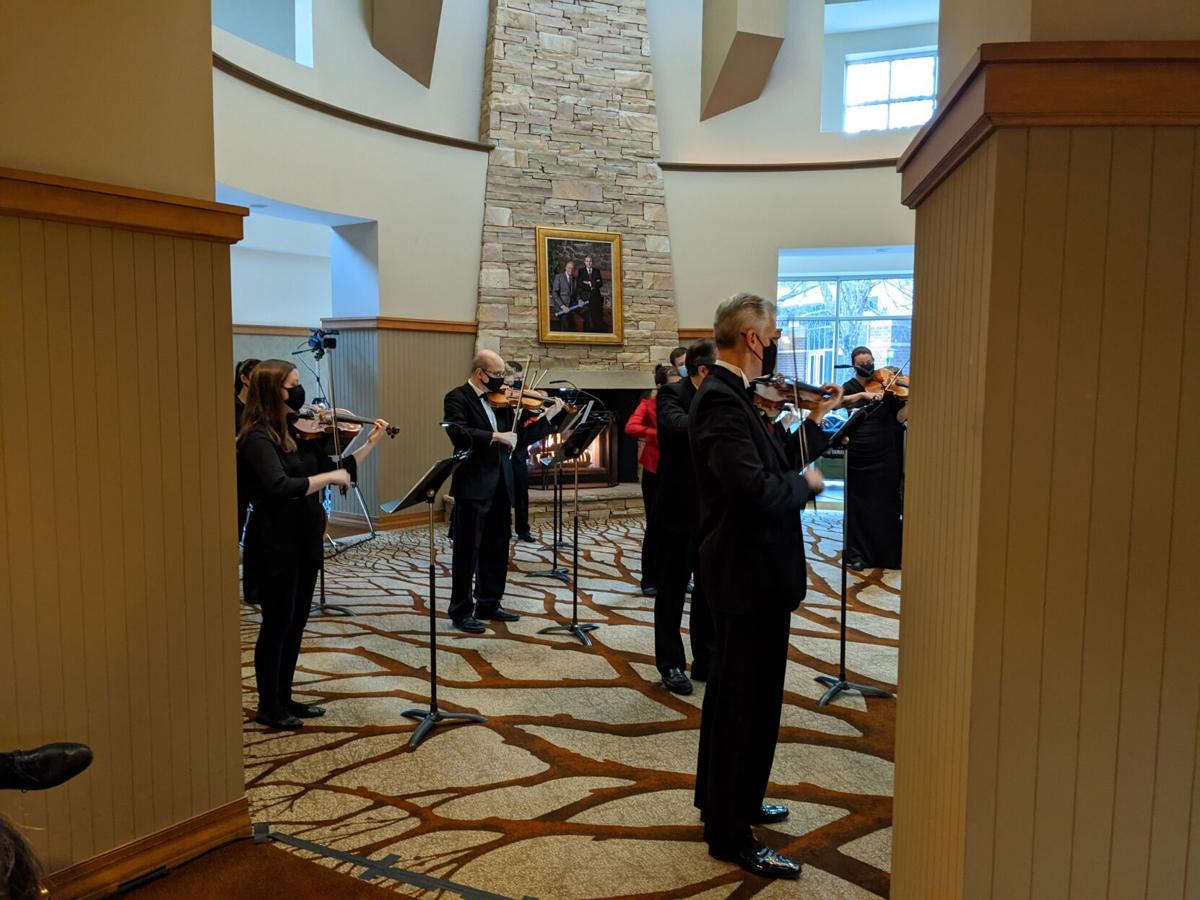 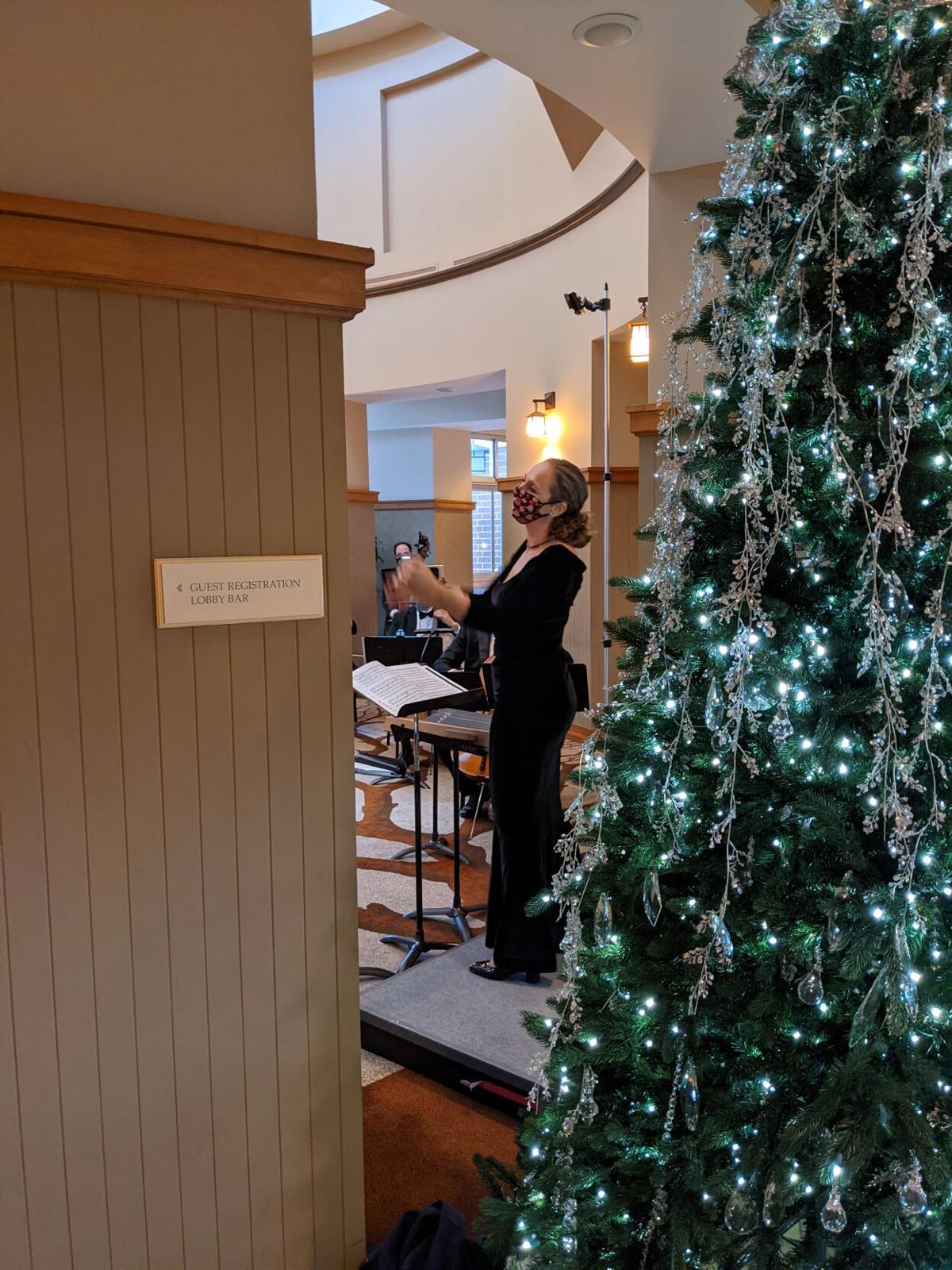 Symphony of the Mountains recently received a grant from the Tennessee Arts Commission to produce a video concert, which will be offered to the region’s hospitals and nursing homes for use on their internal TV channels.

KINGSPORT — As life continues to be impacted by the pandemic, local musicians are hoping to brighten the spirits of hospital and nursing home patients.

Symphony of the Mountains recently received a grant from the Tennessee Arts Commission to produce a video concert, which will be offered to the region’s hospitals and nursing homes for use on their internal TV channels. The goal is to comfort those who feel isolated and lonely due to visitor restrictions.

“We know that music can be uplifting and builds people’s spirits,” said Scott Eddlemon, executive director of Symphony of the Mountains.

“If all they have is what’s on the TV in the hospital or something, there’s a monotony of noise in some ways. So just to provide this, and it’s not only the music, but our music director does a wonderful job of communicating and relating to audiences. She does that as well with these videos,” Eddlemon said.

Eddlemon said Symphony of the Mountains typically receives an annual support grant from the Tennessee Arts Commission. This year, the commission announced a new grant opportunity specifically for COVID-19 projects.

After Symphony of the Mountains held its first ever livestreamed holiday concert this past year, Chris Neglia, a local doctor and one of the organization’s board members, said a video concert would have been well received at the hospital, where many people are lonely and without visitors.

Neglia spoke with leadership at Holston Valley Medical Center, who agreed to share the video recording of that concert on one of its internal TV channels.

“That was great for the holiday, and I thought maybe we should do something else, because it’s going to be a while before this goes away. So we … applied for a grant, and we got it,” Eddlemon said, adding that the grant totals $4,950. “It’s a grant that will pay the cost of the musicians and the production.”

Eddlemon said the concert will be filmed next month at First Presbyterian Church in Kingsport, with string players who will be masked and socially distanced. Much of the concert will be drawn from a program that Symphony of the Mountains performed last October at the church.

“Our board people are talking to various hospitals and nursing homes and assisted living homes and those kinds of things so that we can see if we can distribute it to them once it’s completed,” Eddlemon said.

The program will include a variety of styles of music, such as Mozart’s “Eine Kleine Nachtmusik,” Bartok’s “Romanian Dances,” “Ashokan Farewell,” Boccherini’s “Minuet,” and a medley with famous Appalachian fiddle tunes.

Along with comforting those in local medical facilities, Eddlemon said the concert will allow regional musicians to earn some income after a difficult year.

Representatives from local hospitals, nursing homes or assisted living facilities who are interested in receiving the video concert should call Symphony of the Mountains at (423) 392-8423.