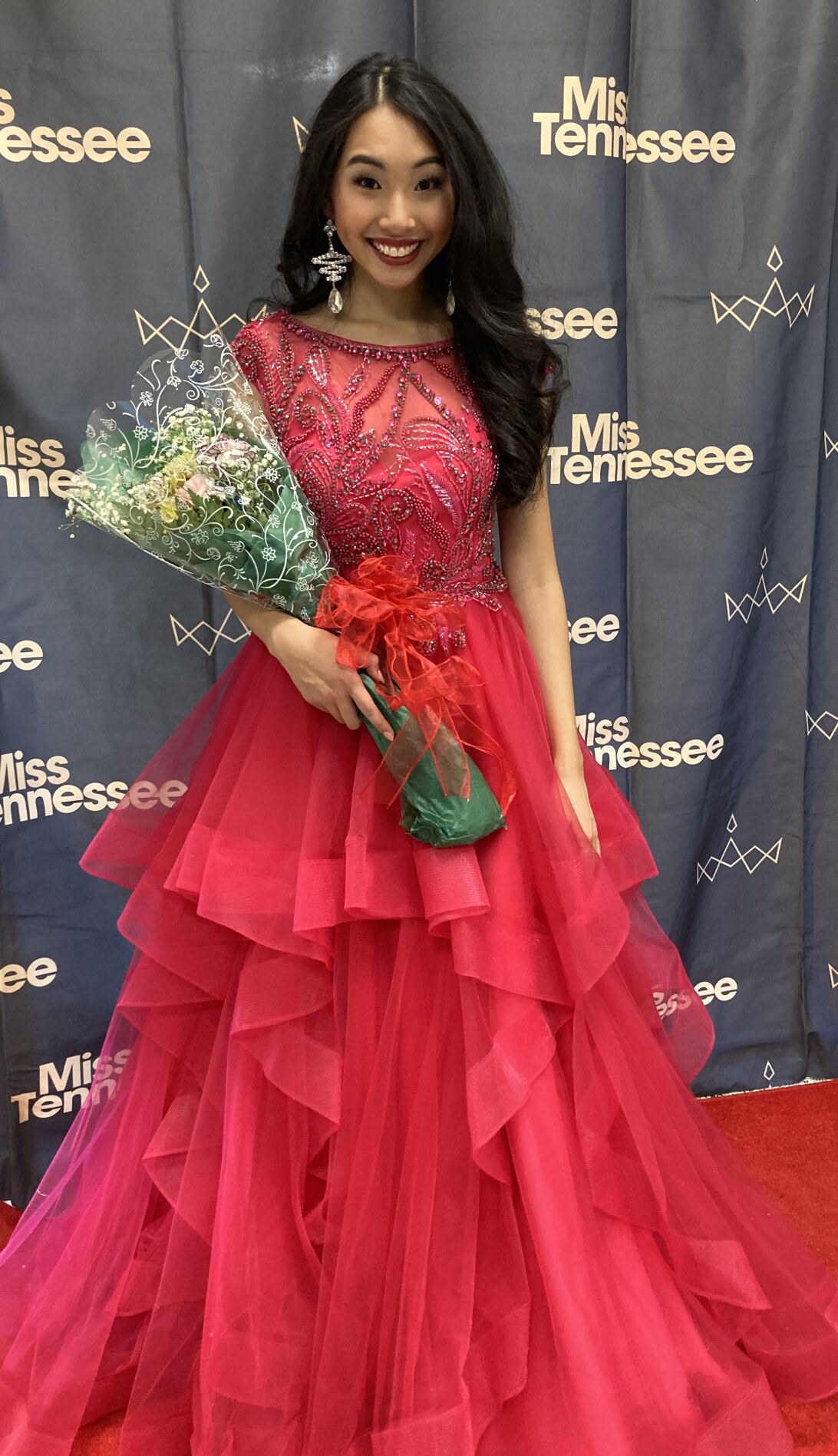 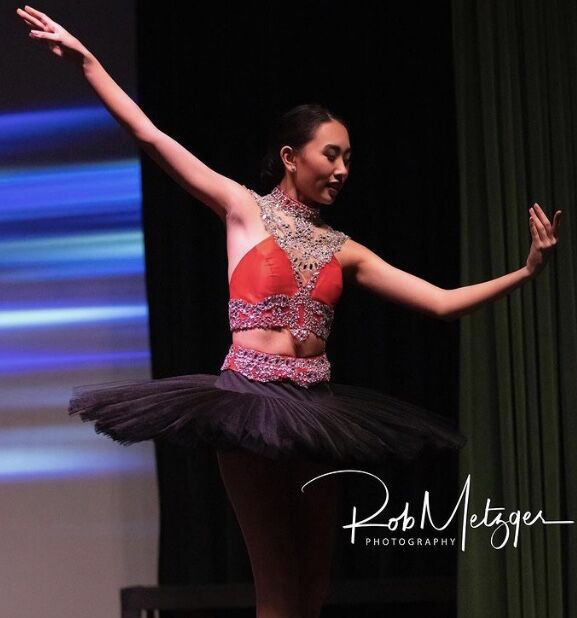 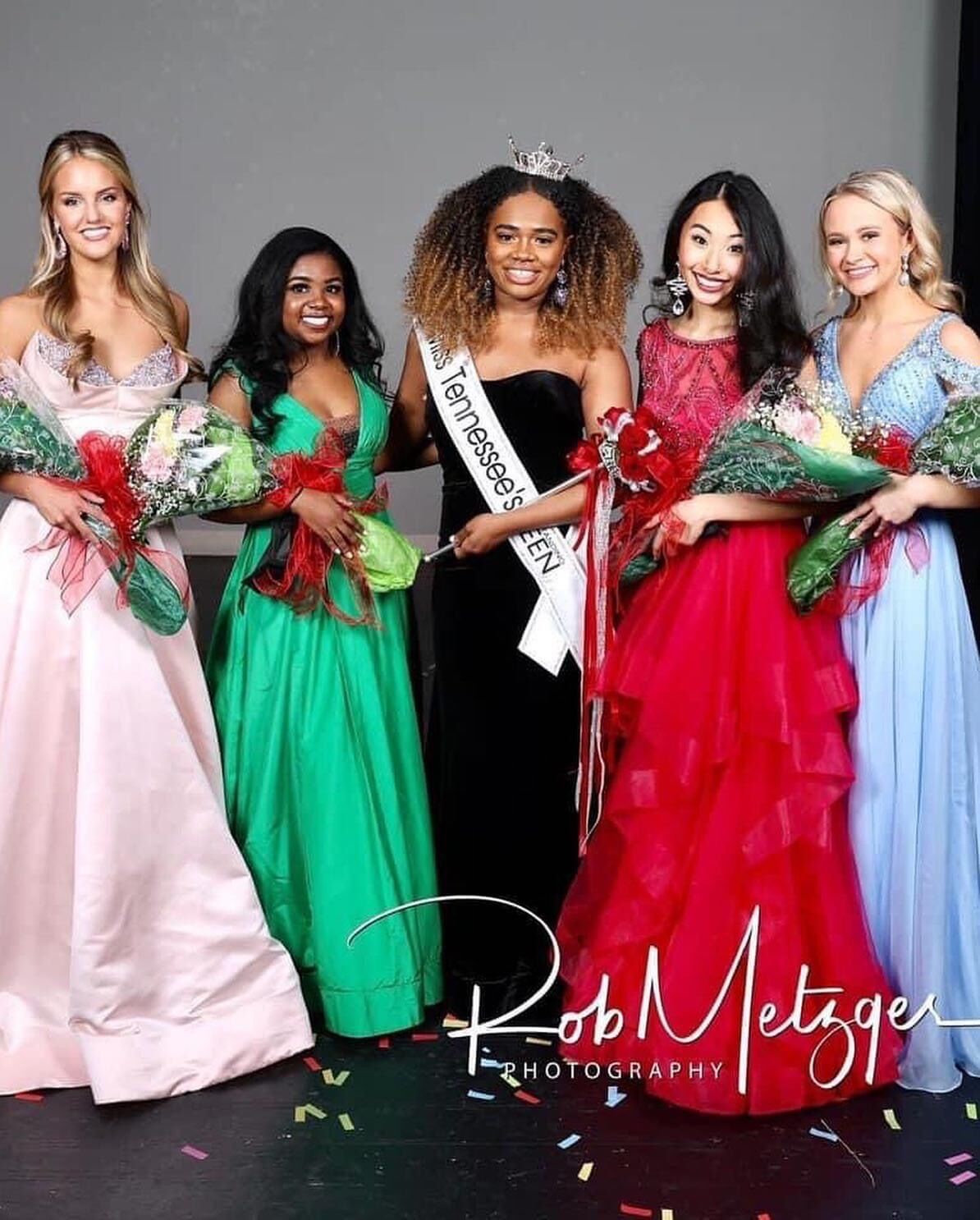 Eliza Sanders, a 17-year-old student from Sullivan County and daughter of Joel and Donna Sanders, won scholarship money and second runner-up designation at the event held on Sunday, March 21, in Gallatin, Tennessee.

The event featured 24 young women from across the Volunteer State competing in various phases, including fitness, talent, evening gown and onstage interview.

The candidates also had a private interview with a panel of seven judges. Sanders, who holds the title of Miss Historic Greeneville’s Outstanding Teen, performed a ballet en pointe to the theme from “Pirates of the Caribbean.”

“We’re going to wait on scholarships and see what happens,” said Sanders, who is on the South dance team called the Southern Belles and in theater at South, which earlier this school year did “Beauty and the Beast.” They also performed “Dark Roads” for the student body on Thursday at school and parents on Wednesday night.

She also is on the Performance Team of Holloway Dance Studios in Kingsport, which performs at nursing home, Christmas and Santa Train events, and has been in “The Nutcracker” ballet performances.

Sanders, who is adopted, is an advocate for adoption and foster care and helped raise money for dental hygiene items for the local Isaiah 117 House, which provides physical and emotional support in a safe and loving home for children awaiting foster care placement. That was part of her platform or social impact initiative.

WHAT ARE OTHER COMMUNITY INVOLVEMENTS?

She also is on the YELL! Mayor’s Youth Council of the Kingsport Chamber of Commerce, president of the International Thespian Society at South High, public relations officer for the South Student Council and a member of the Key and Beta clubs at South.

She also recently was named to the 20 Under 20 honor by STREAMWORKS Powered by Eastman.

HOW DOES SHE FEEL ABOUT MISS AMERICA COMPETITIONS?

The local and state Outstanding Teen Competitions are part of the Miss America Organization, a nonprofit that serves as one of the largest providers of scholarship assistance to young women in the world.

“The Miss America Organization has prepared me in so many ways,” she said, adding that they include interview skills, the importance of keeping up with current events, having eloquence, grace and poise and making new friends.

Who were the other winners?