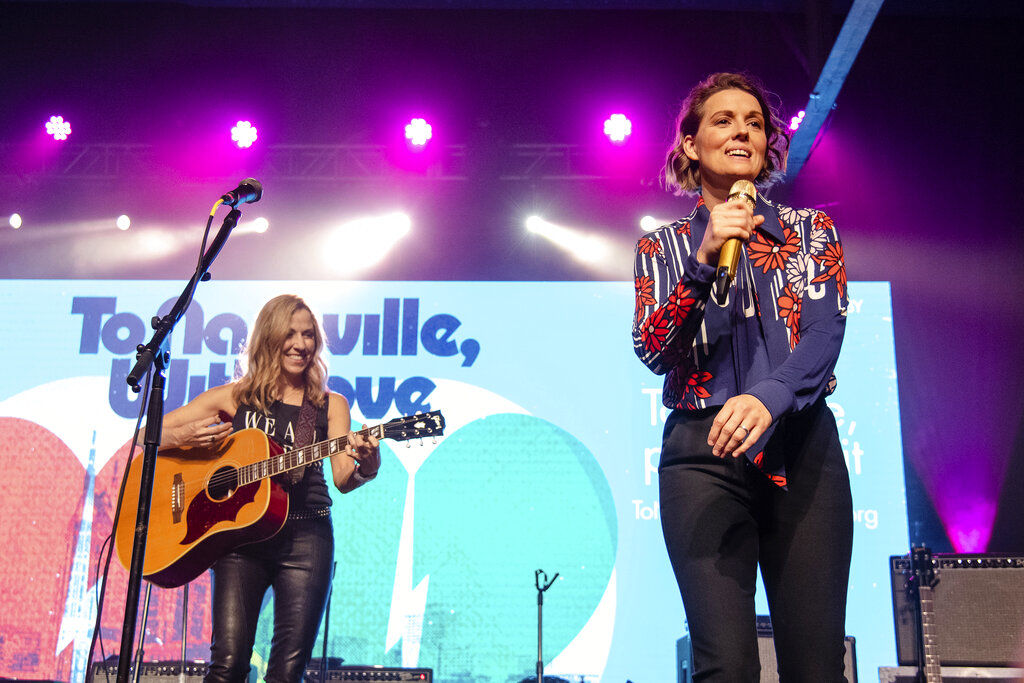 Sheryl Crow, left, and Brandi Carlile perform during the 'To Nashville, With Love' benefit concert at Marathon Music Works on Monday in Nashville. 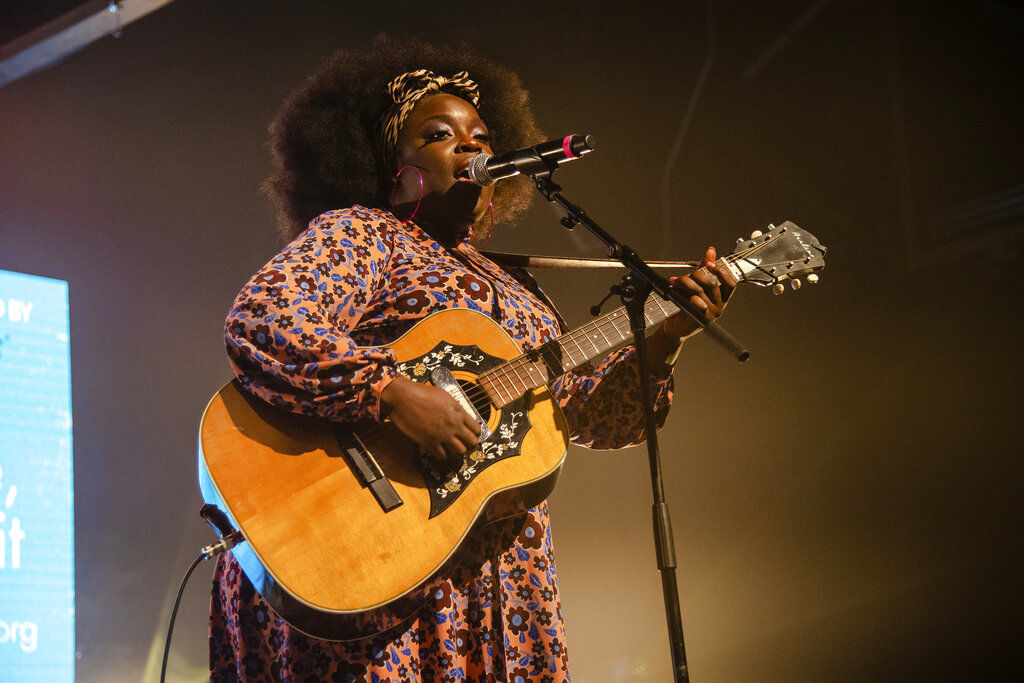 Yola performs during the 'To Nashville, With Love' concert at Marathon Music Works on Monday in Nashville. 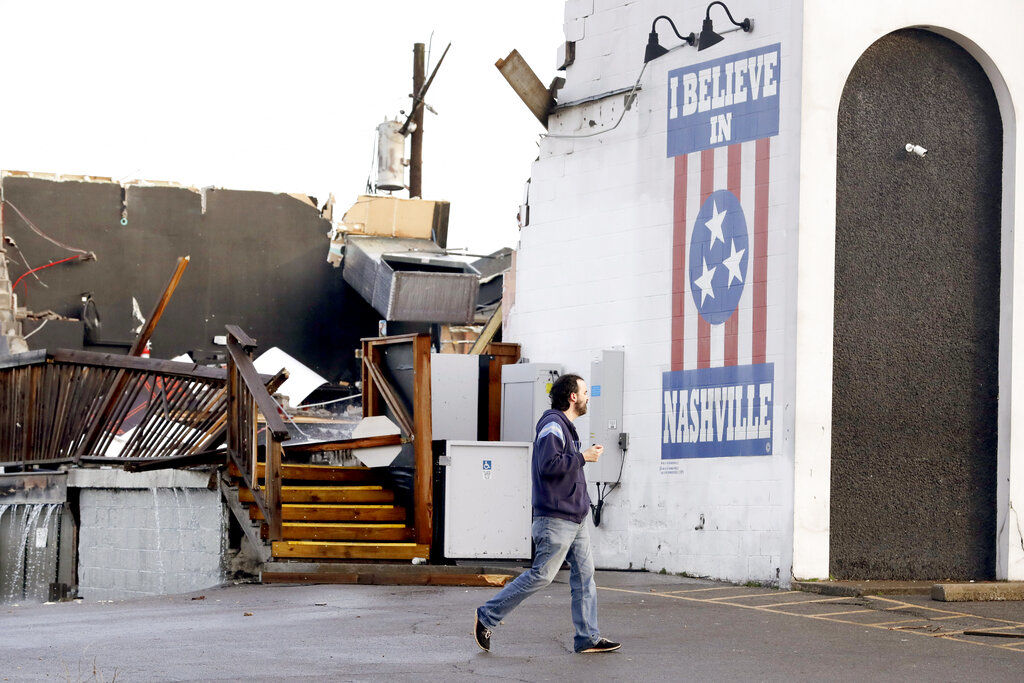 A man walks by The Basement East, a live music venue destroyed by storms on March 3 in Nashville.

Sheryl Crow, left, and Brandi Carlile perform during the 'To Nashville, With Love' benefit concert at Marathon Music Works on Monday in Nashville.

Yola performs during the 'To Nashville, With Love' concert at Marathon Music Works on Monday in Nashville.

A man walks by The Basement East, a live music venue destroyed by storms on March 3 in Nashville.

“When I am doing this relief work in North Nashville and East Nashville and Donelson, the guys in Old Crow got their chainsaws out,” said lead singer Ketch Secor on Monday night, nearly a week after the severe storms. “We love our concerts and our audience, but when this happens in our town, we’re out there leading the charge.”

Nashville musicians banded together both in their community but also on stage during a benefit concert Monday night called “To Nashville, With Love” featuring a dozen artists playing to raise money for relief efforts. Some of the musicians who performed don’t live in Tennessee full time but record there and have close connections.

“That tornado whipped out a lot of precious things, a lot of mementos, a lot of things that signify a family life or a loved one,” Yola said backstage. “You need to put that love back in.”

Many in the town’s musical community were impacted. Country star Dierks Bentley and his crew showed up in gloves and boots to help his drummer, Steve Misamore, whose home was severely damaged. Dualtone Records’ Nashville office was directly hit, as was a popular club called The Basement East.

Mike Grimes and Dave Brown, co-owners of The Basement East, said staff members were finishing their shifts early Tuesday morning after a Bernie Sanders fundraising concert when one person stepped outside and saw a funnel cloud approaching. The staff grabbed three pedestrians off the street and huddled in the basement as the tornado tore down the venue’s cinderblock walls and ripped off the roof. No one was hurt at The Basement East, but two people were killed while leaving a neighboring bar.

But left standing among the rubble was one piece of wall that featured a mural that declared “I Believe in Nashville.” It was a slogan that became popular in Nashville after the devastating 2010 flooding that hit the city. Even amidst the debris, people have still been walking past roadblocks to take a picture of the mural that survived the winds.

“It’s an amazing thing that it is still standing and very symbolic of the town’s resolve and resiliency,” Brown said.

Just as the town’s artists donated their time and money to help others after the flood in 2010, already many donations are pouring in. Taylor Swift announced a $1 million donation for tornado relief efforts and country duo Dan + Shay donated $100,000.

Grammy-winning singer Brandi Carlile lives in Washington state but has spent a lot of time in Nashville in recent years because of her work with the country supergroup The Highwomen as well as producing Tanya Tucker’s latest Grammy-winning album. Carlile said backstage at the concert that the volunteer response in Tennessee has been overwhelming.

“I’ve got friends that are going into people’s houses that are just completely destroyed without a roof and putting a tarp over people’s clothes and folding their things so that when they come home, some of their memories are intact,” Carlile said.