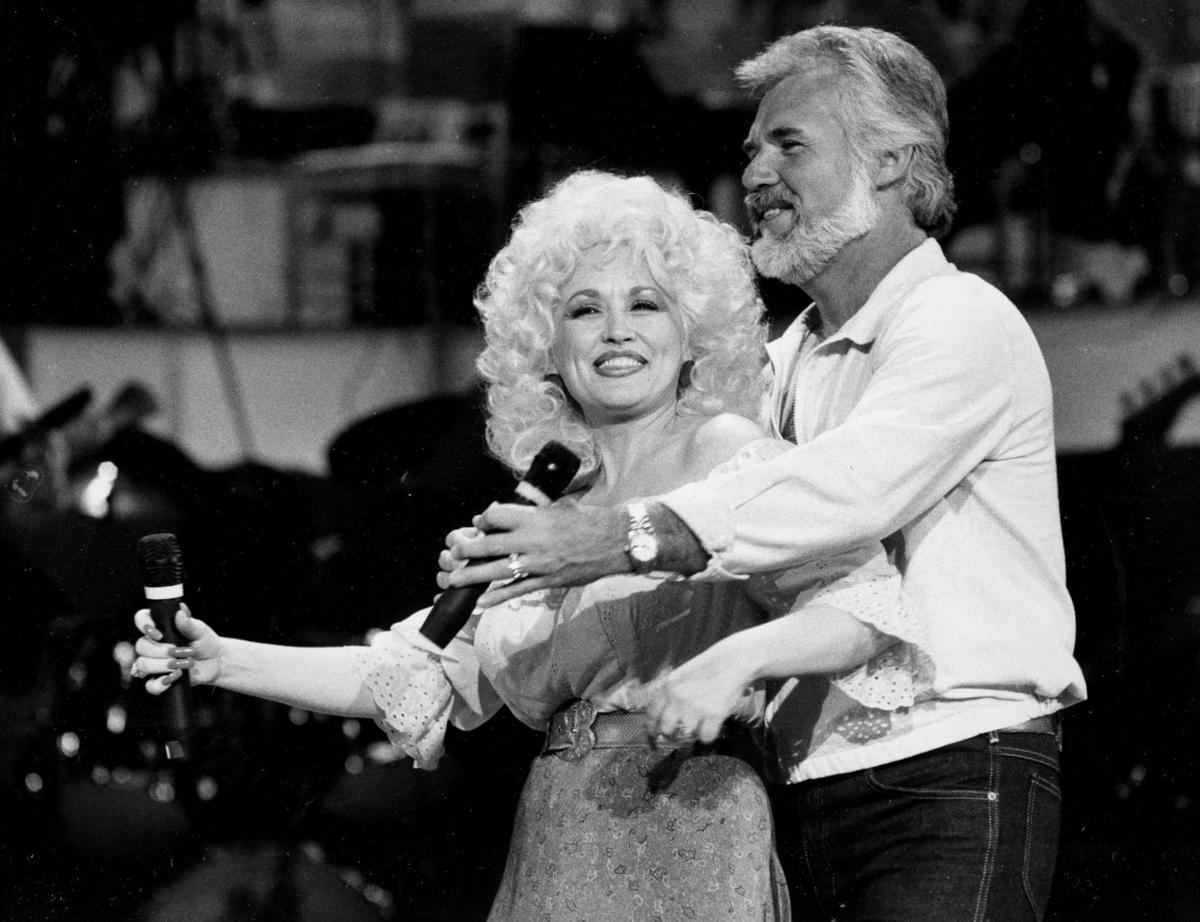 Dolly Parton and Kenny Rogers rehearse a song for their appearance on the TV show 'Live ... And in Person in Los Angeles on Sept. 27, 1983. 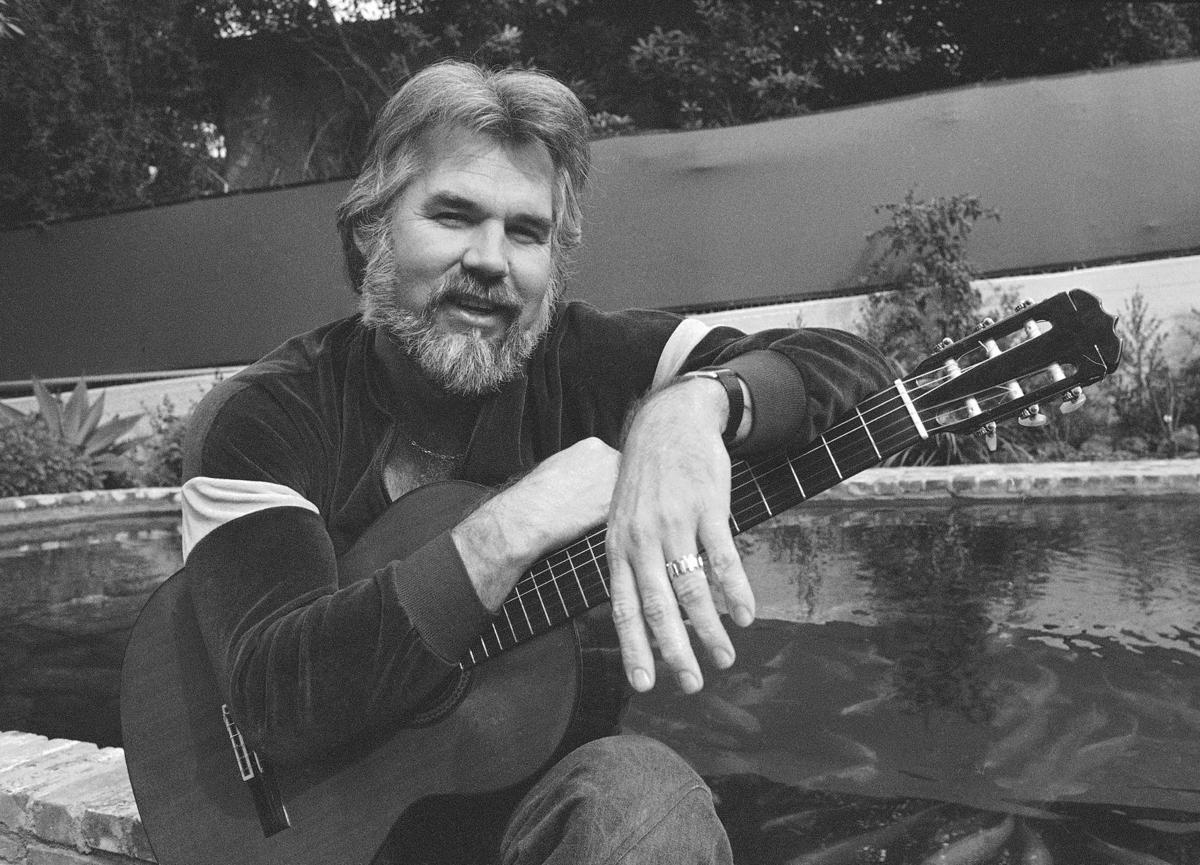 Dolly Parton and Kenny Rogers rehearse a song for their appearance on the TV show 'Live ... And in Person in Los Angeles on Sept. 27, 1983.

Some reactions from the world of music and beyond to the passing of Kenny Rogers, who died Friday night at age 81.

“In addition to his tremendous talent, Kenny was a generous and caring man, a wise mentor to so many of us. He loved his friends, his family, his fellow musicians and his fans, and they loved him right back. Fifty years ago, The Gambler took a gamble on me and my first band from small-town Texas, and his big-hearted support launched many careers, including mine. He also gave me some of the best career advice I ever got: “You’d better be nice to the people you meet on the way up, because you’re going to meet those same people on the way back down.” — Don Henley

“What a career, what a talent, what a legacy. Now this world is left with a big shadow, center stage where Kenny Rogers stood. No one else can take his place. Now he’s taken his place amongst the heavenly stars. It’s a very sad day for all of us. But God is smiling. Rest easy my friend.” —Tanya Tucker

“No one bridged the gap between country and pop more often and better than K.R. He will be missed but his music and diverse style of storytelling will live on forever.” — Billy Ray Cyrus

“I loved Kenny with all my heart and my heart is broken and a big ole chunk of it is gone with him today.” — Dolly Parton

“The world has lost a great artist and interpreter of songs. I had the honor of announcing his election to the Country Music Hall of Fame and was thrilled when I realized how much it meant to him. Even after all the other honors he had won, he was truly excited about this one. His accomplishments will live forever.” — Bill Anderson

“I’m so sad to see Kenny Rogers go. He did so much for me as a young songwriter and we stayed friends for over 30 years. I’ll really miss him. May he rest easy.” — Richard Marx

“Going back to the late ’70s and early ’80s, we played a lot of dates together. He was one of the first artists to have a stage in the round, in the middle of the arena. He was also an accomplished photographer, and he shot some portraits of Howard and me. We really got to know Kenny through the years and are thankful for the memories. Love and prayers to his family.” — David Bellamy of the Bellamy Brothers

“Not just my hero, but my friend. Thank you for your guidance my brother. The world has lost the greatest storyteller.” — Phil Vassar

“Hearing Kenny Rogers’ magnificent voice singing MY lyrics, my music, to ‘I’m Missing You,’ that was definitely a highlight! When KR sang that song, he owned it. What a talent and what a sweet man. Kenny, you certainly made this world a better place. Rest in peace my friend.” — Steve Wariner

“Kenny was one of those legendary smoky tenors. I was fortunate to have him be a mentor on ‘American Idol.’ He had such wise words for another aspiring whiskey tenor. Thanks Kenny for ‘Believing in me.’ My condolences to his family, Ken Jr. and also the Butlers for helping him create such great music.” — Taylor Hicks

“The world and country music just lost a true treasure. Though I never met Kenny Rogers I was a big fan and one of my favorite recent songs of his was ‘You Can’t Make Old Friends’ — another classic duet he did with Dolly. I think that’s what we all feel like in the country music community ... like we all lost an old friend.” — Jenee Fleenor

“An icon that will be missed by so many. He was an inspiration to me, I loved the way he delivered a song and crossed over so many genres. ‘The Gambler’ was my favorite song and feel blessed to have whiteness him being inducted into the Country Music Hall of Fame. He will live on in our hearts and with his music.” — Lucas Hoge

“As one of the first artists to successfully master the country/pop crossover, Rogers touched the lives of millions worldwide and led the way for many notable artists who followed. This is a great loss for the music industry, but his influence and legacy will continue.” — Harvey Mason Jr., chair and interim president/CEO of the Recording Academy