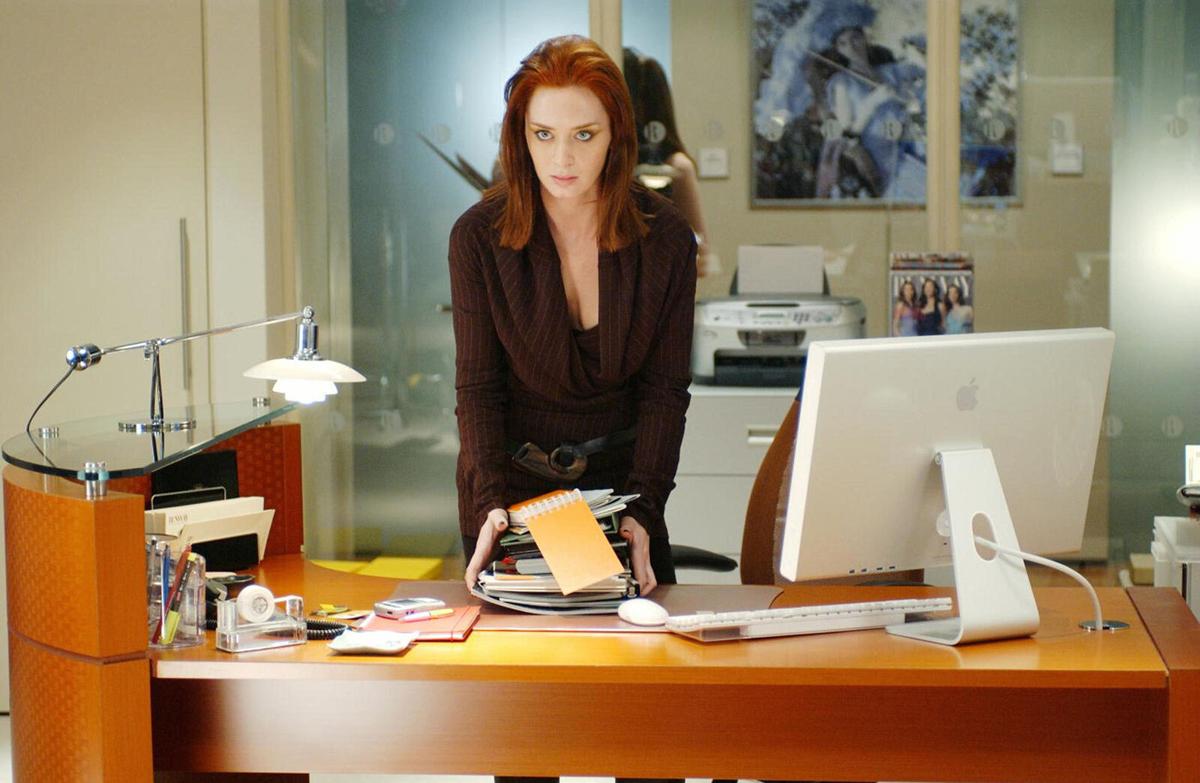 You could spend most of ‘The Devil Wears Prada’ thinking that Emily Blunt’s obsequious character, also named Emily, is even nastier than Meryl Streep’s Miranda Priestly, but she’s crucial because her humanity points the way for both of the main characters to figure out what they really want. 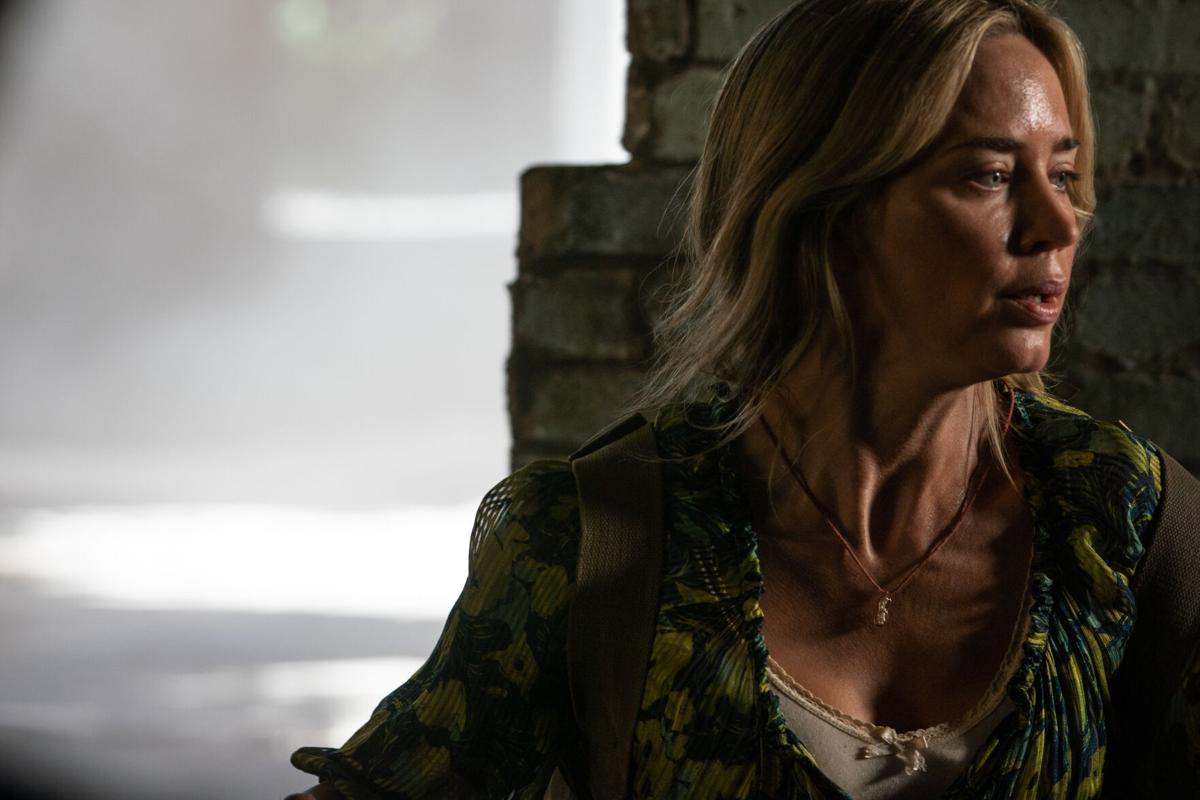 You could spend most of ‘The Devil Wears Prada’ thinking that Emily Blunt’s obsequious character, also named Emily, is even nastier than Meryl Streep’s Miranda Priestly, but she’s crucial because her humanity points the way for both of the main characters to figure out what they really want.

Emily Blunt is not Kate Winslet. For a while, it seemed like she might be. Blunt is eight years younger than Winslet and, early on, she followed a similar path. Both are English, both made their first splashes in dramas (“Heavenly Creatures,” “My Summer of Love”) about two girls whose repressed sexuality leads to tragedy. Both are costume drama-prone. Both broke through as plain-speaking women whose candor was not always appreciated (“The Devil Wears Prada,” “Sense and Sensibility”). Both combine beauty and intelligence in a way that comes off as movie star-ish and normal at the same time.

In selecting roles, Blunt uses that normalcy in smart ways. Lots of actors might opt for projects so unconventional that they stretch their images. But Blunt mostly goes for mainstream stuff in a variety of genres, often as the sensible one in the middle of a world that is off-kilter. That can be because of time travel (“Edge of Tomorrow”), giants (“Gulli-ver’s Travel”), frequent contact with crime scenes (“Sunshine Cleaning”) or heroine-eating monsters (“A Quiet Place”).

It isn’t very good but “The Adjustment Bureau,” with Matt Damon, may be the pivotal Blunt movie because it established that she could do action convincingly. It’s something that has led her to higher-profile projects such as “Tomorrow,” “A Quiet Place Part II” and “Jungle Cruise.” The last two were both hits that made her this summer’s box office MVP. All are at least action-adjacent, a good skill for an actor to pick up if she wants to earn big paychecks in Hollywood.

Actually, it’s hard to think of a woman in Blunt’s age group who has her range (she is 38, and has vied for parts with Kate Hudson, Maggie Gyllenhaal and Scarlett Johansson). Musicals? She makes perfect sense of the frazzled Baker’s Wife in “Into the Woods” and puts her own, wry stamp on an icon in “Mary Poppins Returns.” Rom-coms? She’s the best thing in “The Five-Year Engagement.” Tragedy? “The Girl on the Train” is a much-too-grim adaptation of the popular novel, but Blunt dives headfirst into her dissolute character, who may have witnessed a murder in an alcoholic haze. She even worked (charmingly) with balls of fluff in “The Muppets,” a tricky thing for an actor to do.

It’s so easy to picture Blunt succeeding in any number of roles that it’s surprising to learn what she turned down. Reportedly, she didn’t think she was right for “Doubt,” recommending two-time co-star Amy Adams, instead, for instance. I suspect she’d have been terrific in that, and I know she is terrific in these seven gems.

You could spend most of the comedy classic thinking that Blunt’s obsequious character, also named Emily, is even nastier than Meryl Streep’s Miranda Priestly, since she has been in Anne Hathaway’s stilettos very recently but still has no compassion for her. We know very little about Emily but she’s crucial because, particularly in her interactions with Hathaway late in the movie, her humanity points the way for both of the main characters to figure out what they really want. Also, Blunt’s withering contempt for everything that is not a chic pencil skirt is hilarious.

Yes, “Knives Out” made Rian Johnson a star writer/director but it’s not his best movie. That would be this thriller with Joseph Gordon Levitt as a time-jumping killer. Blunt plays a mom whose story intersects with Levitt’s in surprising ways. As she has often been called upon to do, she grounds the insane things happening around her in decency and almost eerie calm.

Forced to pick a favorite scene from Blunt’s movies, I’d chime in with the riveting minutes when her character gives birth in a bathtub, knowing she cannot acknowledge her intense pain because it will alert monsters who are waiting to kill her and who detect humans by sound.

Blunt is authoritative and principled as an FBI agent in the drama about drug wars on the border with Mexico. She’s our way into the story, a voice of reason in a culture where the “good guys” may be just as bad as the “bad guys,” and she firmly established that she’s a very hardy species of English rose.

Movie audiences used to love this sort of quirky romantic comedy, but “Salmon” fought an upstream battle in theaters. Blunt’s character is not a stretch — she’s a briskly efficient executive whose boss puts her in charge of stocking a Yemen river with fish — but her gentle romance with Ewan McGregor’s cranky, gave-up-on-life salmon expert is delightful.

The film’s surprising portrait of the British monarch, whose existing photos make it seem like she was born old, stout and with a hunk of lace on her forehead, is all about Blunt’s passionate performance.

Blunt’s intelligence and curiosity were there from the beginning, as was the quality of coming off as somewhat ordinary while hinting at something extraordinary bubbling beneath the surface. She debuted with a role she hasn’t played since: the femme fatale who, over the course of an English summer, recklessly messes with the life of a new friend.