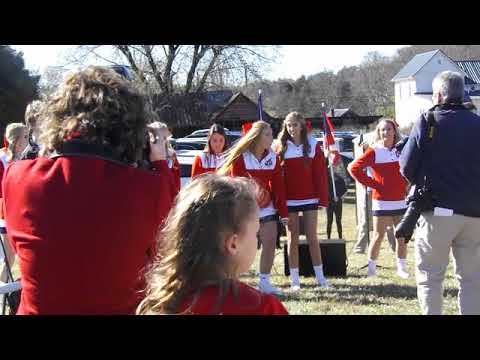 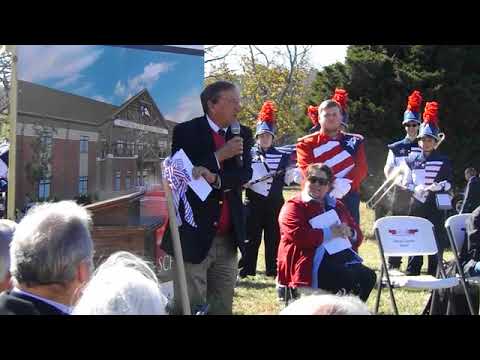 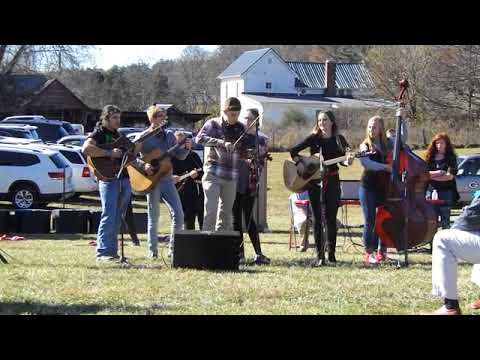 BLUFF CITY — A longtime hayfield, cow pasture and rabbit hunting venue is a step closer to becoming an 800-student middle school by August of 2019. It will be the first new school to open in Sullivan County’s system since 1980.

However, Board of Education Chairman Michael Hughes of Hickory Tree pointed out at Friday’s noon groundbreaking that the new Sullivan East Middle School at 4400 Weaver Pike will also be the first new school in the Sullivan East High School zone in half a century.

As for the new school, Hughes said he is glad that, as a school board member, he was able to play a part in advancing the project. The facility will serve the current students of Bluff City Middle, Holston Valley Middle and the middle school portion of Mary Hughes.

He also thanked owner Ike Fleenor for selling the land. Hughes recalled that his dad always admired the farm and that he used to go rabbit hunting there.

“It was worth fighting for,” Hughes said in remarks before the groundbreaking. He referred to efforts to acquire funding and disagreements about where to locate the building. “A lot of people had their hands in this project.”

County Mayor Richard Venable said folks in the audience very well might have “children, grandchildren and maybe great-grandchildren come here” to school. “We all end up coming together for great things,” said Venable, who presided over the County Commissions’ December 2016 vote to approve a $140 million bond issue, which will fund capital projects for the county, Kingsport and Bristol school systems.

The process began with separate but parallel facilities studies in 2014-15 for the county and Kingsport schools when Jubal Yennie was county director of schools.

“It’s all about the kids,” longtime school board member Jerry Greene of Bristol said.

Rafalowski said, “I want to say thank you to the students and their contributions today.”

Lance Littlejohn, a student who served on the naming committee, said the site is along the Overmountain Victory National History Trail that “runs directly through this land.” The 330-mile trail stretches from Virginia through Tennessee and North Carolina to South Carolina. Revolutionary War soldiers on their way to the Battle of Kings Mountain, Oct. 7, 1780, fought in what Thomas Jefferson called the turning point of the war, a battle that might have gone the other way were it not for this area’s soldiers.

Ambre Torbett, director of planning for Sullivan County, said there are tentative plans for an amphitheater to be created in a natural bowl on the 69-acre site, with help and permission from the National Park Service, and a wayside area with parking for visitors.

The $20 million, red brick building is to be two stories tall and face Weaver Pike. Based on the work of a committee, an online survey and ultimately a vote of the BOE, the new school was named after nearby East High and will share its Patriots mascot and colors of red, white and blue.

She added that the best decision she has made recently was to postpone the groundbreaking, originally set for earlier this month, because torrential rains turned the site into a soggy mess.

However, it is dry now and excavation work will start as soon as the last required state permit is issued, according to Charlie Hubbard, school maintenance and facilities supervisor. However, students, school officials, county officials, parents and anyone else who wanted got the chance to shovel some red clay using gold-painted shovels.

Hubbard and Rafalowski said groundbreaking for the $60 million, 1,700-student high school off Exit 63 of Interstate 81 might be in January or February.

Groundbreaking on the new Science and Technology Center and new “front

door” of Kingsport’s Dobyns-Bennett High School is to be in December. Those are three of the projects funded through the countywide bond issue.

‘Mr. Ralph Harr would have been pleased’

Some who once served on the County Commission, including someone who envisioned such a school more than a decade ago, didn’t live to see Friday’s ceremony. Ralph Harr of Bristol died in 2008, but in the late 1990s and early 2000s he was a strong proponent of a new middle school in the East zone, albeit at a different location.

“Mr. Ralph Harr would have been pleased to have been part of this,” Commissioner and Budget Committee Chairman Eddie Williams of Sullivan Gardens said after the ceremony.

“I’ve been around long enough to experience what that was like in 1980,” Rafalowski said of going from Lynn View High School to North High School, a merger of Lynn View and Ketron. “I can only hope to tell you how exciting that is.”

Lynn View and Ketron become middle schools, although Lynn View eventually closed and the building became a Kingsport community center, while Ketron was renovated with federal money into an elementary school.

Rafalowski noted that students and education officials saw an eagle flying over the site during preparation for the groundbreaking.