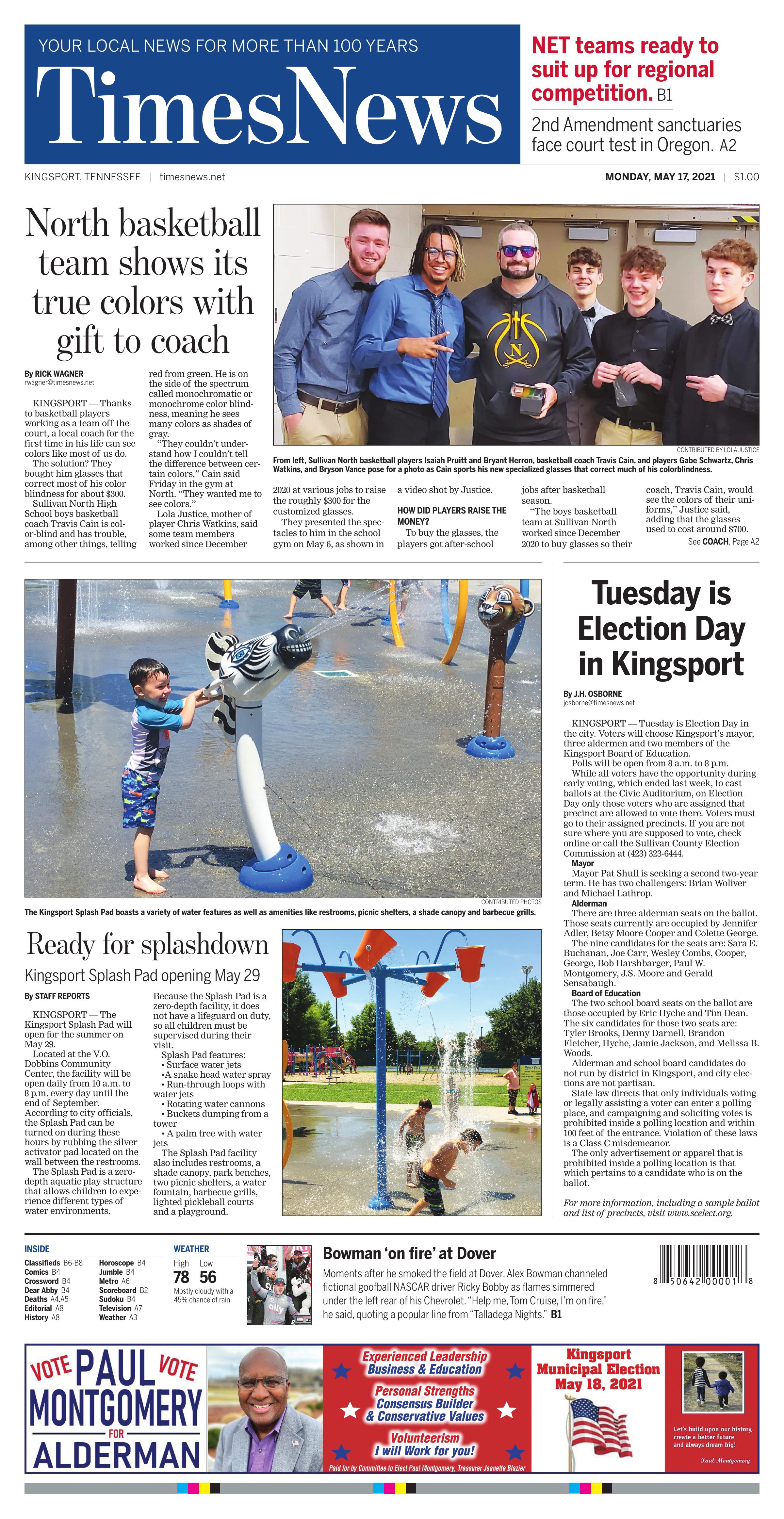 KINGSPORT — Thanks to basketball players working as a team off the court, a local coach for the first time in his life can see colors like most of us do.

The solution? They bought him glasses that correct most of his color blindness for about $300.

Sullivan North High School boys basketball coach Travis Cain is color-blind and has trouble, among other things, telling red from green. He is on the side of the spectrum called monochromatic or monochrome color blindness, meaning he sees many colors as shades of gray.

“They couldn’t understand how I couldn’t tell the difference between certain colors,” Cain said Friday in the gym at North. “They wanted me to see colors.”

Lola Justice, mother of player Chris Watkins, said some team members worked since December 2020 at various jobs to raise the roughly $300 for the customized glasses.

They presented the spectacles to him in the school gym on May 6, as shown in a video shot by Justice.

HOW DID PLAYERS RAISE THE MONEY?

To buy the glasses, the players got after-school jobs after basketball season. The final North team before the school merged into a new school near Tri-Cities Airport, finished with a 16-10 record.

“The boys basketball team at Sullivan North worked since December 2020 to buy glasses so their coach, Travis Cain, would see the colors of their uniforms,” Justice said, adding that the glasses used to cost around $700.

Watkins said Cain “never could give out jerseys right.”

Cain’s condition became evident to the players when he and team members were sorting uniforms and the coach couldn’t match them by colors. And Cain said he would ask players to run to “that line” instead of the line of a certain color.

“It really surprised me. It really touched me,” Cain said. “I always said the wrong color. The boys aggravated me about it quite a bit.”

He said his biggest issues include browns and reds appearing the same shade of gray.

After hatching the plan to buy the glasses, the players repeatedly asked Cain details of his condition and which colors he struggled with the most.

“They quizzed me about it for months. I never put two and two together,” he said.

“Somehow those boys kept it a secret a long time,” Cain said, adding that in retrospect he believed most of the school knew about the plan except for him. “Watkins was the ringleader.”

Those who helped raise the money, aside from Watkins, were mainly Isiah Pruitt, Bryant Herron, Gabe Schwartz and Bryson Vance. Chris said he saw ads for the glasses and the group narrowed the final choices down to ones that were reasonably priced, about $300, and reliable based on reviews.

HOW HAS CAIN HANDLED CONDITION?

Cain told the team that as a student at Kingsley Elementary School he colored a picture of a person and “the person on the coloring sheet looked awful,” as Justice recounted. The teacher thought he was being disrespectful, so he was sent to the principal’s office, and Cain said he learned different shades of gray meant different colors.

He went on to Ketron Middle and then North High, graduating in 2004, before getting his education degree at East Tennessee State University and returning to the Bloomingdale community to teach and coach.

“On May 6, it was Coach Cain’s first day seeing Sullivan North colors, and if you look at him in the picture he really is wearing five shades of black and gray because he could not see color,” Justice said. “I videoed the exchange so Coach Cain’s mom could see her son seeing color for the first time in his life.”

Cain said he likely inherited color blindness from his father and that he wears gray for a reason. “I always wear gray. Gray goes with everything,” Cain said. Now, Watkins said his coach with the glasses sees about 90% of the colors most humans see.

“It seems like he’s been enjoying them so far,” Chris said. “I’m glad that we could help him out a little bit.”

The seniors graduated Thursday. Chris and Bryson will head to the new West Ridge High School in the fall, a merger of North, South and Central high schools.

Cain will go to Sullivan Heights Middle (the Sullivan South High building) to coach basketball and help with football, which he played at North as a student.

Outdoors
featured
Kingsport Splash Pad to open end of May

KINGSPORT — The Kingsport Splash Pad will open for the summer on May 29.

Located at the V.O. Dobbins Community Center, the facility will be open daily from 10 a.m. to 8 p.m. every day until the end of September. According to city officials, the Splash Pad can be turned on during these hours by rubbing the silver activator pad located on the wall between the restrooms.

• Buckets dumping from a tower

• A palm tree with water jets

KINGSPORT — Tuesday is Election Day in the city. Voters will choose Kingsport’s mayor, three aldermen and two members of the Kingsport Board of Education.

While all voters have the opportunity during early voting, which ended last week, to cast ballots at the Civic Auditorium, on Election Day only those voters who are assigned that precinct are allowed to vote there. Voters must go to their assigned precincts. If you are not sure where you are supposed to vote, check online or call the Sullivan County Election Commission at (423) 323-6444.

There are three alderman seats on the ballot. Those seats currently are occupied by Jennifer Adler, Betsy Moore Cooper and Colette George.

The two school board seats on the ballot are those occupied by Eric Hyche and Tim Dean. The six candidates for those two seats are: Tyler Brooks, Denny Darnell, Brandon Fletcher, Hyche, Jamie Jackson, and Melissa B. Woods.

Alderman and school board candidates do not run by district in Kingsport, and city elections are not partisan.

State law directs that only individuals voting or legally assisting a voter can enter a polling place, and campaigning and soliciting votes is prohibited inside a polling location and within 100 feet of the entrance. Violation of these laws is a Class C misdemeanor.

The only advertisement or apparel that is prohibited inside a polling location is that which pertains to a candidate who is on the ballot.

For more information, including a sample ballot and list of precincts, visit www.scelect.org. 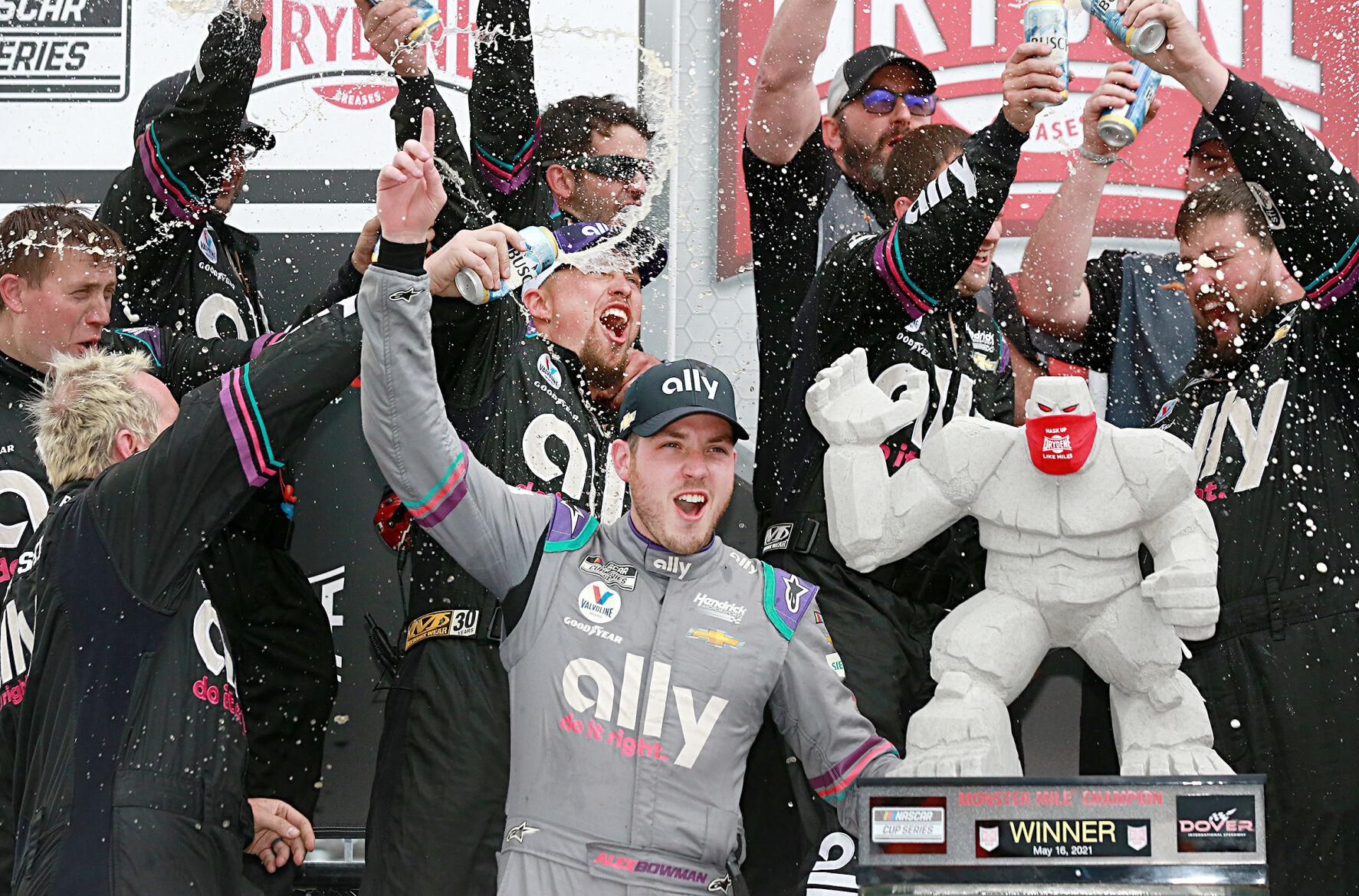