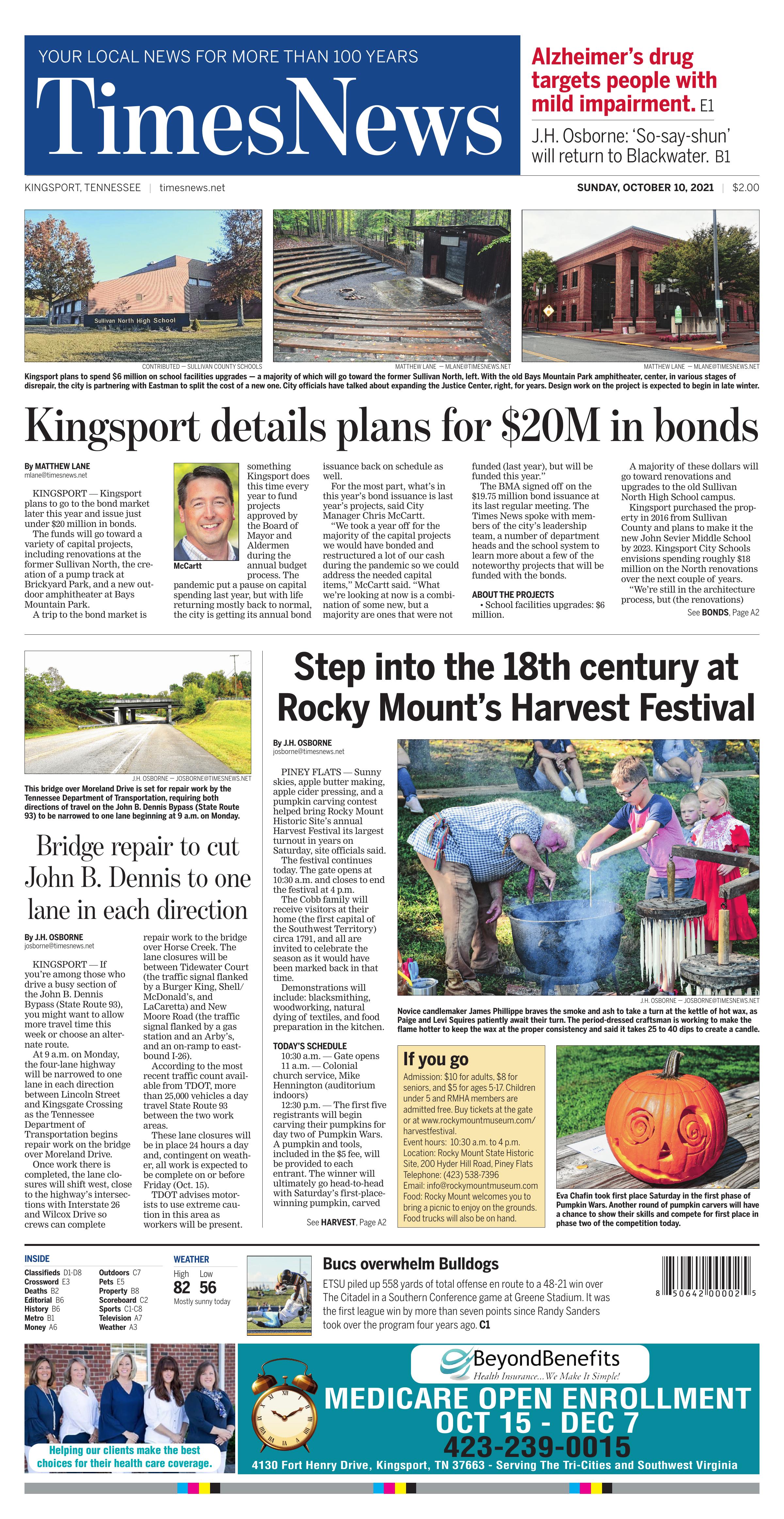 Built when Bays Mountain Park opened 50 years ago, the amphitheater comprises board seating for several hundred.

KINGSPORT — Kingsport plans to go to the bond market later this year and issue just under $20 million in bonds.

The funds will go toward a variety of capital projects, including renovations at the former Sullivan North, the creation of a pump track at Brickyard Park, and a new outdoor amphitheater at Bays Mountain Park.

A trip to the bond market is something Kingsport does this time every year to fund projects approved by the Board of Mayor and Aldermen during the annual budget process. The pandemic put a pause on capital spending last year, but with life returning mostly back to normal, the city is getting its annual bond issuance back on schedule as well.

For the most part, what’s in this year’s bond issuance is last year’s projects, said City Manager Chris McCartt.

“We took a year off for the majority of the capital projects we would have bonded and restructured a lot of our cash during the pandemic so we could address the needed capital items,” McCartt said. “What we’re looking at now is a combination of some new, but a majority are ones that were not funded (last year), but will be funded this year.”

The BMA signed off on the $19.75 million bond issuance at its last regular meeting. The Times News spoke with members of the city’s leadership team, a number of department heads and the school system to learn more about a few of the noteworthy projects that will be funded with the bonds.

A majority of these dollars will go toward renovations and upgrades to the old Sullivan North High School campus.

Kingsport purchased the property in 2016 from Sullivan County and plans to make it the new John Sevier Middle School by 2023. Kingsport City Schools envisions spending roughly $18 million on the North renovations over the next couple of years.

“We’re still in the architecture process, but (the renovations) will be what you would likely suspect ... a combination of infrastructure-type items (HVAC, roof) with renovations such as flooring, bathrooms, ceilings, etc.,” said Andy True, KCS assistant superintendent.

Kingsport recently broke ground on the new Scott Adams Memorial Skate Park at Brickyard Park. The new facility will be directly across from the ballfields.

Adjacent to the skate park will be a new mountain bike course, commonly referred to as a pump track. The design of this course will soon be underway, McCartt said.

Park Manager Rob Cole said the current amphitheater has served Bays Mountain Park since the park opened, but now it is in various stages of disrepair. It lacks a proper stage covering and has some accessibility challenges, Cole noted.

For that reason, Kingsport is partnering with Eastman to split the cost of the new structure, to be built in what is now the lower bowl of the deer habitat. The $1 million project calls for an amphitheater roughly the same size as the current one (seating 340 people) with a covered stage, bathrooms, storage space and improved access. Cole said the project will likely go to bid by the end of November with a groundbreaking scheduled for sometime in March.

For more than a decade, city leaders have talked about expanding the Justice Center to bring all court functions under one roof while providing additional space for the Kingsport Police Department. The idea has been to expand the footprint of the building into the adjacent parking lot. Design work is expected to begin in late winter.

“Since the relocation of city departments to Broad Street and with a need to enhance court security and provide a more centralized location for citizens, it seemed pragmatic to make those changes,” said Police Chief Dale Phipps. “The Justice Center is approaching 32 years old, and the city police department has grown over those many years. Bottom line, our family has grown and we are needing more room.”

“During the pause in curbside collection, we plan to add new recycling drop-off locations for the community and enhance some of the existing ones to make the experience more convenient for the customer,” said Deputy City Manager Ryan McReynolds. “The great thing about this investment is that it adds value even after curbside collection resumes. There are many times citizens may want to drop off larger quantities of recycling material than the curbside collection is able to handle and this will provide a solution.”

The bond issuance includes $300,000 for improvements at various fire stations and $275,000 for the initial design of a new Fire Station No. 2. KFD officials are recommending building a new fire station adjacent to the old Legion Pool site. They envision a three-bay structure with room to accommodate administration and the fire marshal’s office that’s currently at Fire Station No. 1.

“We live and work out of these stations and maintain them 24/7, and we have to have a lot of different facilities just like you would at your house,” said Assistant Chief of Operations Darrell Hayes. “If we don’t have the facilities and equipment to work out of, then it’s hard for us to provide services.”

Novice candlemaker James Phillippe braves the smoke and ash to take a turn at the kettle of hot wax, as Paige and Levi Squires patiently await their turn. The period-dressed craftsman is working to make the flame hotter to keep the wax at the proper consistency and said it takes 25 to 40 dips to create a candle.

Levi Squires holds aloft his just-finished hand-dipped candle so it can be trimmed by the period-dressed craftsman.

Eva Chafin took first place Saturday in the first phase of Pumpkin Wars. Another round of pumpkin carvers will have a chance to show their skills and compete for first place in phase two of the competition today.

Another entry in the pumpkin carving contest

Site officials said turnout for this year's Harvest Festival was the best in 10 years on Saturday. The festival continues today.

Everyone knows that making apple butter entails more than just cooking it — and perhaps sneaking a taste or two. It also has to be canned so it can be enjoyed during the winter months — or any other time for that matter.

A craftsman in period attire shows how to use a homemade lathe during a woodworking demonstration on Saturday.

The festival continues today. The gate opens at 10:30 a.m. and closes to end the festival at 4 p.m.

The Cobb family will receive visitors at their home (the first capital of the Southwest Territory) circa 1791, and all are invited to celebrate the season as it would have been marked back in that time.

Demonstrations will include: blacksmithing, woodworking, natural dying of textiles, and food preparation in the kitchen.

12:30 p.m. — The first five registrants will begin carving their pumpkins for day two of Pumpkin Wars. A pumpkin and tools, included in the $5 fee, will be provided to each entrant. The winner will ultimately go head-to-head with Saturday’s first-place-winning pumpkin, carved by Eva Chafin.

Admission: $10 for adults, $8 for seniors, and $5 for children 5-17. Children under 5 and RMHA members are admitted free of charge. Buy tickets at the gate or in advance online at www.rockymountmuseum.com/harvestfestival

Food: Rocky Mount welcomes you to bring your own picnic to enjoy on the grounds. Food trucks will also be available to purchase food and drinks.

News
John B. Dennis to be one lane in each direction this week for bridge repairs
J. H. / J.H. OSBORNE — josborne@timesnews.net

This bridge over Moreland Drive is set for repair work by the Tennessee Department of Transportation, requiring both directions of travel on the John B. Dennis Bypass (State Route 93) to be narrowed to one lane beginning at 9 a.m. on Monday.

KINGSPORT — If you’re among those who drive a busy section of the John B. Dennis Bypass (State Route 93), you might want to allow more travel time this week or choose an alternate route.

At 9 a.m. on Monday, the four-lane highway will be narrowed to one lane in each direction between Lincoln Street and Kingsgate Crossing as the Tennessee Department of Transportation begins repair work on the bridge over Moreland Drive.

Once work there is completed, the lane closures will shift west, close to the highway’s intersections with Interstate 26 and Wilcox Drive so crews can complete repair work to the bridge over Horse Creek. The lane closures will be between Tidewater Court (the traffic signal flanked by a Burger King, Shell/McDonald’s, and LaCaretta) and New Moore Road (the traffic signal flanked by a gas station and an Arby’s, and an on-ramp to eastbound I-26).

According to the most recent traffic count available from TDOT, more than 25,000 vehicles a day travel State Route 93 between the two work areas.

These lane closures will be in place 24 hours a day and, contingent on weath- er, all work is expected to be complete on or before Friday (Oct. 15).

TDOT advises motorists to use extreme caution in this area as workers will be present. 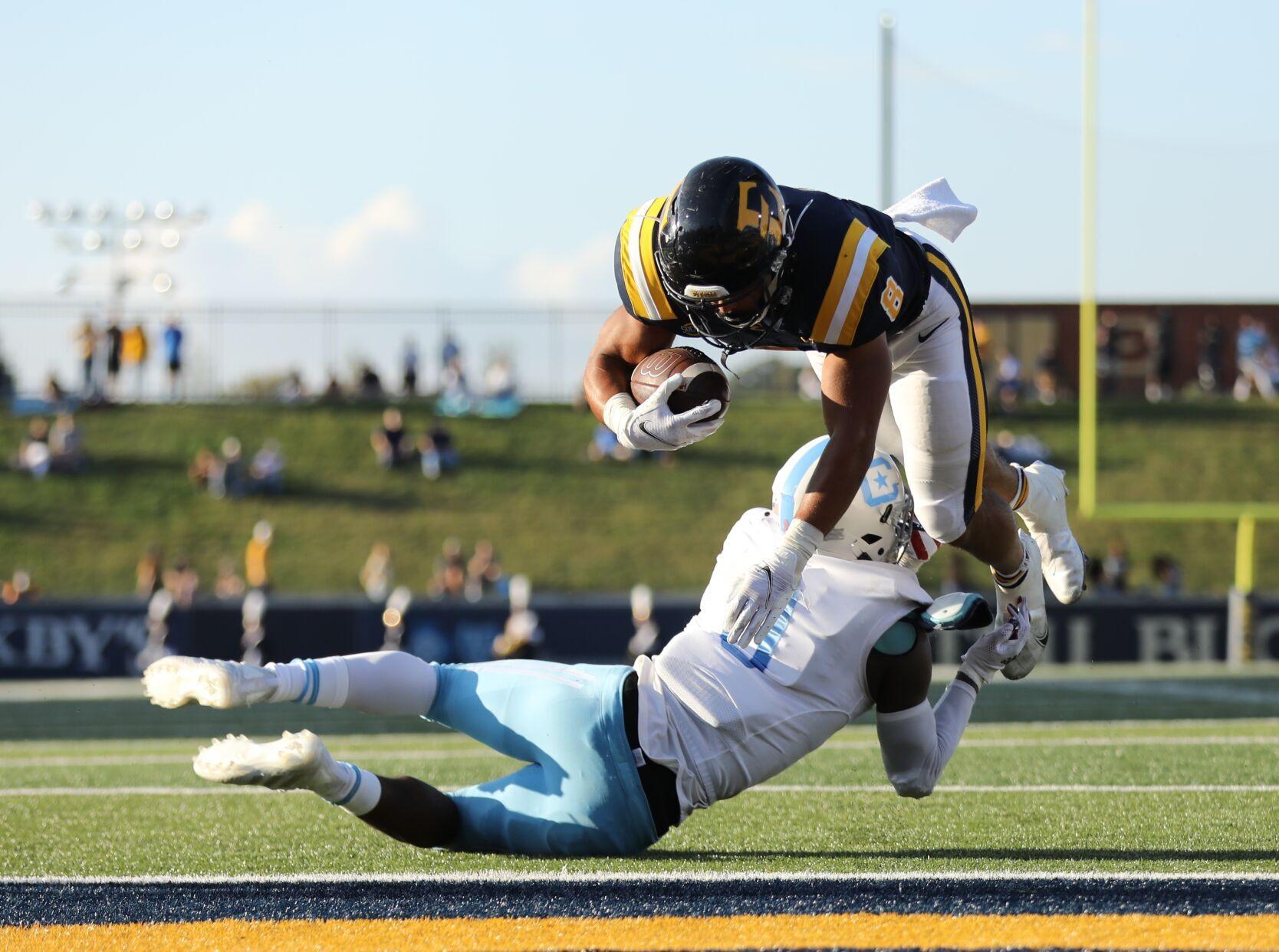