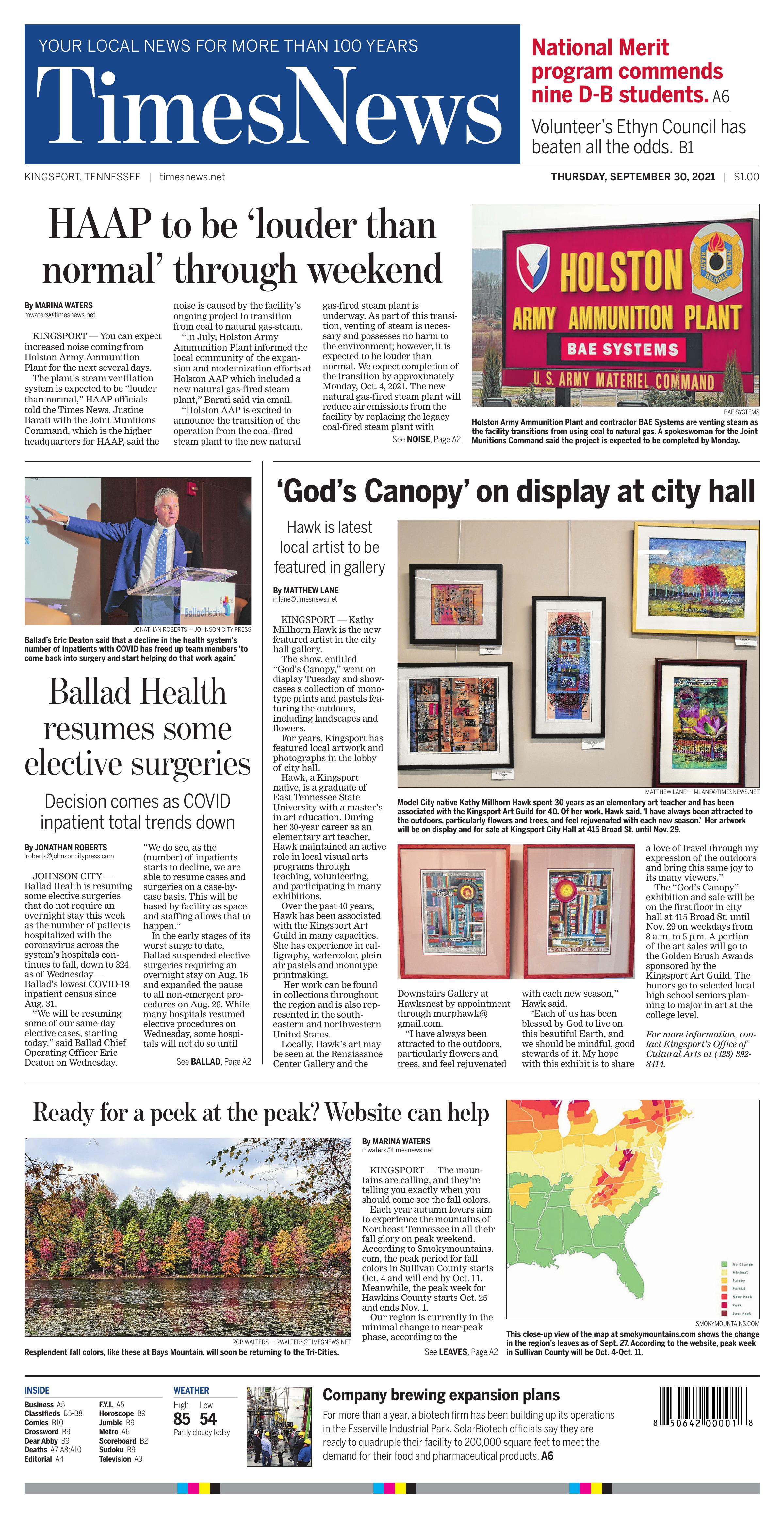 Holston Army Ammunition Plant and contractor BAE Systems are venting steam as the facility transitions from using coal to natural gas. A spokeswoman for the Joint Munitions Command said the project is expected to be completed by Monday.

KINGSPORT — You can expect increased noise coming from Holston Army Ammunition Plant for the next several days.

The plant’s steam ventilation system is expected to be “louder than normal,” HAAP officials told the Times News. Justine Barati with the Joint Munitions Command, which is the higher headquarters for HAAP, said the noise is caused by the facility’s ongoing project to transition from coal to natural gas-steam.

In June, Holston AAP sent notice of a “one-time, self-cleaning” of its new natural gas-fired steam facility that was expected to create additional noise at the site.

The conversion project is set for completion late this year. The total contract value is $158 million to design, build and commission the new facility. The Army awarded BAE Systems a contract to design, build and commission the natural gas-fired steam facility in 2018. BAE Systems has been the operating contractor for the Holston Army Ammunition Plant since 1999.

Holston AAP is a major supplier of explosive materials to the U.S. Department of Defense. The ammunition producer is located in Kingsport and was built in the 1940s to support the war effort. The plant continues to play a role in U.S. conflict while also participating in the Armament Retooling and Manufacturing Support program, which leases onsite space to private companies.

For more information, go to baesystems.com/en-us/home.

Resplendent fall colors, like these at Bays Mountain, will soon be returning to the Tri-Cities.

This close-up view of the map at smokymountains.com shows the change in the region’s leaves as of Sept. 27. According to the website, peak week in Sullivan County will be Oct. 4-Oct. 11.

KINGSPORT — The mountains are calling, and they’re telling you exactly when you should come see the fall colors.

Each year autumn lovers aim to experience the mountains of Northeast Tennessee in all their fall glory on peak weekend. According to Smokymountains.com, the peak period for fall colors in Sullivan County starts Oct. 4 and will end by Oct. 11. Meanwhile, the peak week for Hawkins County starts Oct. 25 and ends Nov. 1.

Our region is currently in the minimal change to near-peak phase, according to the Smokymountains.com map. It also predicts that by Nov. 1, local leaves will have completed their colorful transformation for the season.

Johnson, Carter and Sullivan Counties have the earliest peak date for our region. Washington, Unicoi and Greene Counties are next, with peak week hitting Oct. 11-18. Hawkins and Hancock Counties will be the last to reach the height of the color transformation, according to the fall foliage map.

The green on the map indicates the trees in the area that haven’t started changing colors. The brown color means the leaves are past their peak. The remaining colors show a colorful depiction of the progression of fall. The Smokymountains.com interactive map is available below.

The map isn’t guaranteed to be 100% accurate, statistical expert and the founder of SmokyMountains.com, David Angotti said. But Angotti noted that his website has produced the fall foliage map since 2013 with an algorithm that analyzes several million data points and outputs approximately 50,000 predictive data pieces. The algorithm used to comprise the fall leaf predictions includes historical data for forecasted temperatures and precipitation from the National Oceanic and Atmospheric Administration as well as other atmospheric considerations such as elevation and rainfall.

“After publishing our predictive fall foliage map for nearly a decade, we are quite confident in our data sources, process, and algorithm,” Angotti said in an emailed statement. “Our goal is that this data-based, interactive tool will increase the number of people that are able to enjoy peak fall in 2021.”

Northeast Tennessee offers at least a few weeks of changing colors while also displaying a range of autumn colors. Leaf pigments, the length of nighttime, and weather all combine to influence different leaf colors, according to the U.S. Department of Agriculture Forest Service. The carotenoids and anthocyanin that are present in the leaf are then unmasked and show a range of red, yellow and orange colors. Colors can also depend on the type of free. Oaks present red to brown leaves while hickories display golden bronze and red maples produce a bright scarlet.

For more information on the map and the science of changing leaves, go to https://smokymountains.com/fall-foliage-map/.

Ballad’s Eric Deaton said that a decline in the health system’s number of inpatients with COVID has freed up team members ‘to come back into surgery and start helping do that work again.’

JOHNSON CITY — Ballad Health is resuming some elective surgeries that do not require an overnight stay this week as the number of patients hospitalized with the coronavirus across the system’s hospitals continues to fall, down to 324 as of Wednesday — Ballad’s lowest COVID-19 inpatient census since Aug. 31.

“We will be resuming some of our same-day elective cases, starting today,” said Ballad Chief Operating Officer Eric Deaton on Wednesday. “We do see, as the (number) of inpatients starts to decline, we are able to resume cases and surgeries on a case-by-case basis. This will be based by facility as space and staffing allows that to happen.”

In the early stages of its worst surge to date, Ballad suspended elective surgeries requiring an overnight stay on Aug. 16 and expanded the pause to all non-emergent procedures on Aug. 26. While many hospitals resumed elective procedures on Wednesday, some hospitals will not do so until Monday. People who qualify to have their procedures done will be contacted by their physicians.

Deaton said COVID-19 patients account for about 22% of the system’s total inpatient census, which is what prompted the resumption of non-emergent procedures. Previously, hospital officials said they wanted to see that share drop to about 20% before they resumed elective surgeries.

“As that continues to drop, we’ll start to increase more,” Deaton said. “Really, what happens as the inpatients drop it allows us to have more of our team members who were deployed to frontlines to come back into surgery and start helping do that work again.”

Though the total number of people hospitalized with COVID-19 remains higher than it was when elective surgeries were first suspended last month, that inpatient total has been trending down since Sept. 8, when virus-related hospitalizations peaked at 413. It accelerated in recent days with hospitalizations dropping from 387 on Sept. 21 to 324 as of Sept. 29, a 16% drop.

“We do expect, unfortunately, to see this month being the highest number of deaths we’ve experienced so far since the pandemic,” Deaton said.

Deaton said the worst of the surge appears to be in the rearview, but cautioned that another surge could be possible as the region moves into the winter months. The previous surge, which saw hospitalizations peak at 361 on Jan. 5, was driven by in-person gatherings indoors, particularly after Halloween.

“I am concerned as we move into the winter months, where we move inside, that if people are not masking appropriately, if they have not gotten the vaccine, I think we could potentially see another surge in the winter like we saw last year,” Deaton said. “Although I am optimistic we are seeing a decline based on the data we’re seeing, I think we could see a surge again just based on people coming together again and moving more inside.”

In the event of another surge, Deaton said the hospital system’s Corporate Emergency Operations Center (CEOC) is working to create enough capacity to avoid having to suspend elective surgeries again, as hospitalizations aren’t expected to decline as rapidly as they did during the winter surge. According to Ballad’s in-house modeling, hospitalizations are expected to remain well above 200 for the next couple of weeks and could reach as many as 381.

“We want to be at zero (inpatients), but we do know that we’ll probably have COVID patients across the region for some time to come,” Deaton said. “We have to start working towards now, we’re actually doing that, to understand we may have as many as 200 patients in the hospital for some time, and how do we continue to make sure we have elective surgeries. We can’t stop elective surgeries every time we have a surge.” 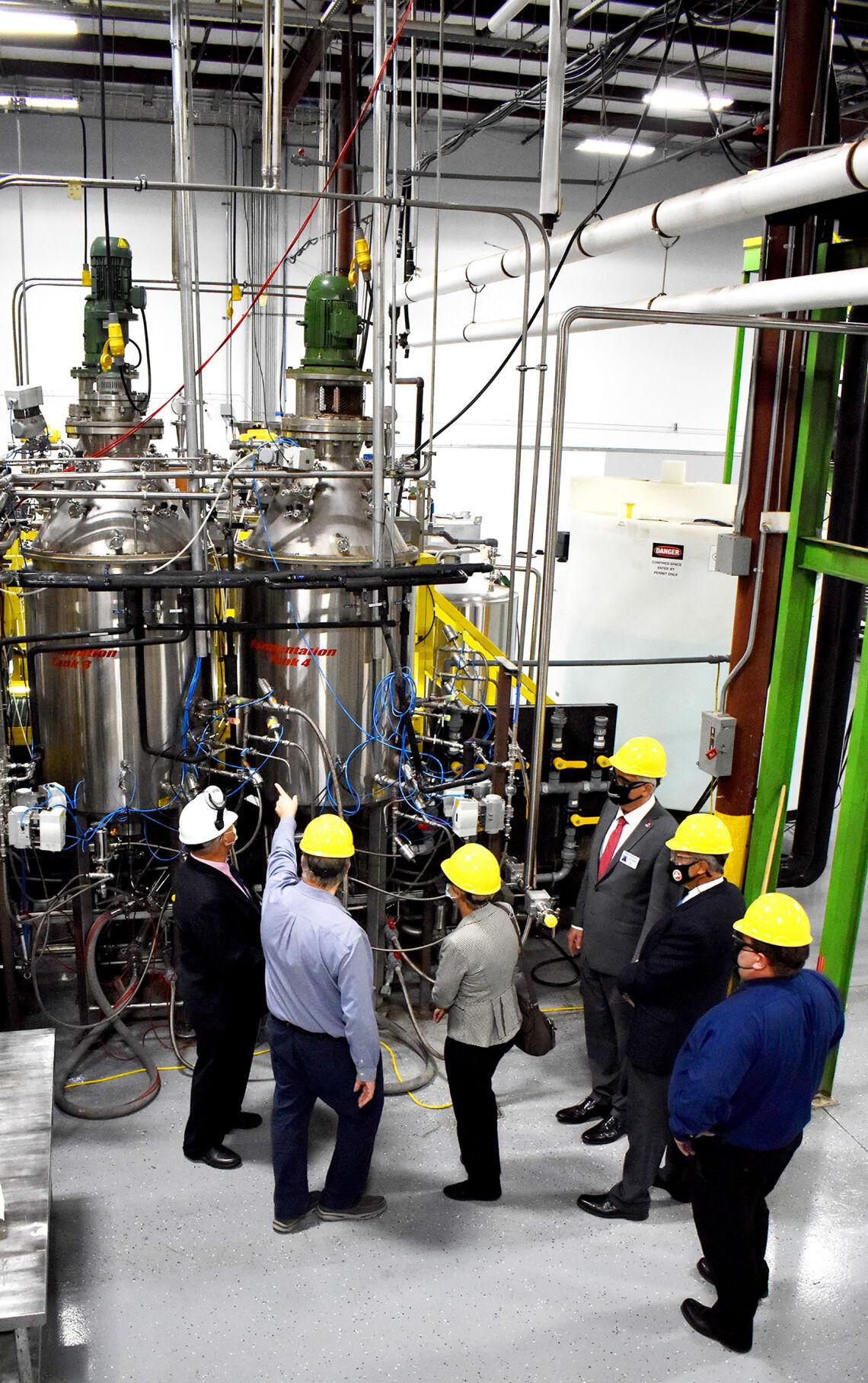