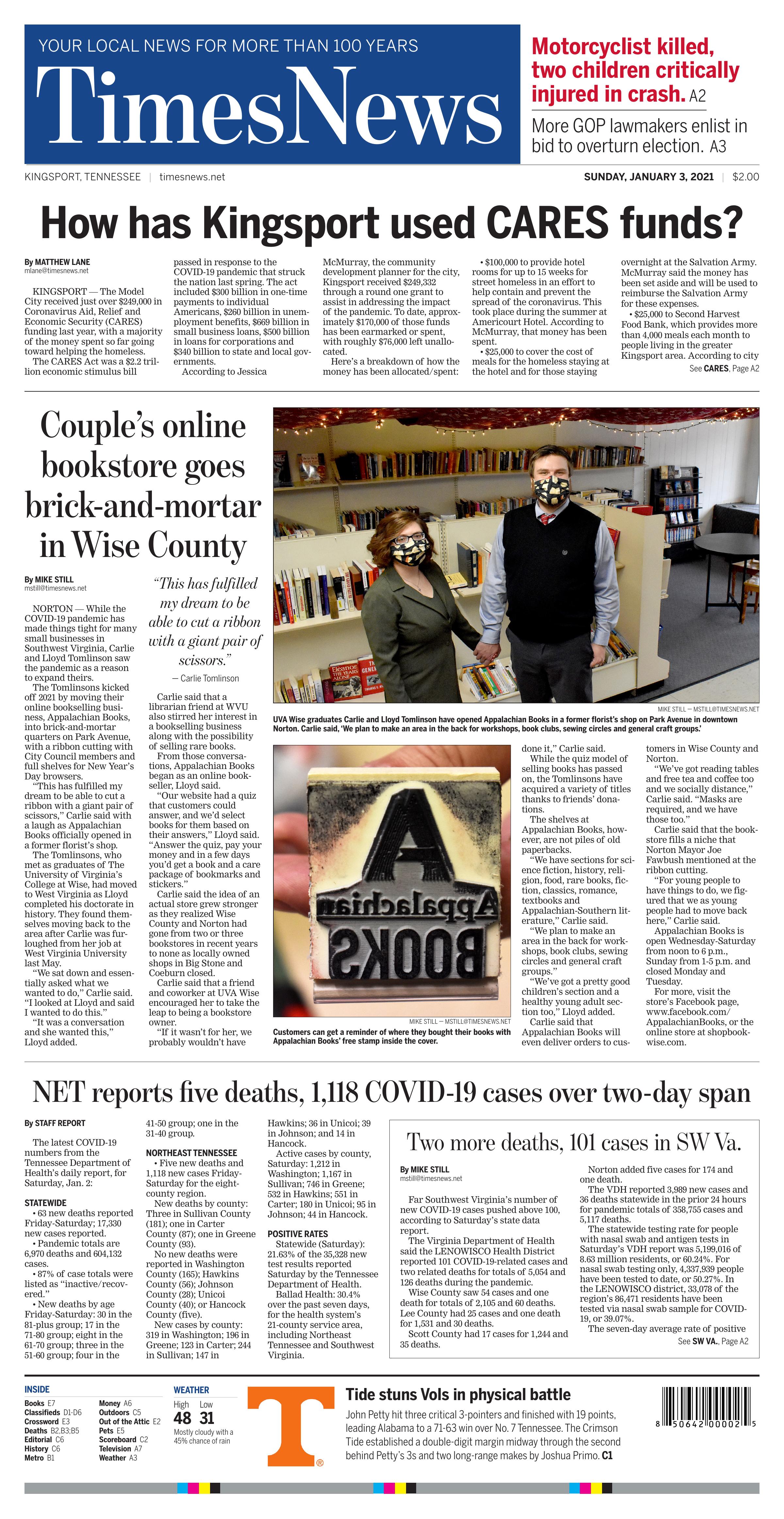 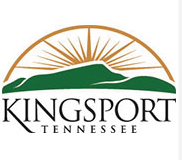 KINGSPORT — The Model City received just over $249,000 in Coronavirus Aid, Relief and Economic Security (CARES) funding last year, with a majority of the money spent so far going toward helping the homeless.

The CARES Act was a $2.2 trillion economic stimulus bill passed in response to the COVID-19 pandemic that struck the nation last spring. The act included $300 billion in one-time payments to individual Americans, $260 billion in unemployment benefits, $669 billion in small business loans, $500 billion in loans for corporations and $340 billion to state and local governments.

According to Jessica McMurray, the community development planner for the city, Kingsport received $249,332 through a round one grant to assist in addressing the impact of the pandemic. To date, approximately $170,000 of those funds has been earmarked or spent, with roughly $76,000 left unallocated.

Here’s a breakdown of how the money has been allocated/spent:

• $100,000 to provide hotel rooms for up to 15 weeks for street homeless in an effort to help contain and prevent the spread of the coronavirus. This took place during the summer at Americourt Hotel. According to McMurray, that money has been spent.

• $25,000 to cover the cost of meals for the homeless staying at the hotel and for those staying overnight at the Salvation Army. McMurray said the money has been set aside and will be used to reimburse the Salvation Army for these expenses.

• $25,000 to Second Harvest Food Bank, which provides more than 4,000 meals each month to people living in the greater Kingsport area. According to city records, the food bank also provides meals to schoolchildren in the area, given how schools were shut down during the pandemic.

— $20,000 for personal protection equipment (PPE) and cleaning supplies as needed to homeless people and homeless service providers in town. This allocation was recently approved by the Board of Mayor and Aldermen at its December meeting.

Jessica Harmon, the assistant to the city manager, said these funds will be spent on an as-needed basis beginning after the first of the year.

“We did a public notice, ran it in the newspaper and we let the United Way know we have this money,” Harmon said. “As they get contacted about COVID cases, (organizations) needing help with cleaning, they’ll direct those agencies to us.”

Homeless service providers can also go straight to the city and request a reimbursement for PPE and cleaning supplies, Harmon said.

UVA Wise graduates Carlie and Lloyd Tomlinson have opened Appalachian Books in a former florist’s shop on Park Avenue in downtown Norton. Carlie said, ‘We plan to make an area in the back for workshops, book clubs, sewing circles and general craft groups.’

Customers can get a reminder of where they bought their books with Appalachian Books’ free stamp inside the cover.

NORTON — While the COVID-19 pandemic has made things tight for many small businesses in Southwest Virginia, Carlie and Lloyd Tomlinson saw the pandemic as a reason to expand theirs.

The Tomlinsons kicked off 2021 by moving their online bookselling business, Appalachian Books, into brick-and-mortar quarters on Park Avenue, with a ribbon cutting with City Council members and full shelves for New Year’s Day browsers.

“This has fulfilled my dream to be able to cut a ribbon with a giant pair of scissors,” Carlie said with a laugh as Appalachian Books officially opened in a former florist’s shop.

The Tomlinsons, who met as graduates of The University of Virginia’s College at Wise, had moved to West Virginia as Lloyd completed his doctorate in history. They found themselves moving back to the area after Carlie was furloughed from her job at West Virginia University last May.

“We sat down and essentially asked what we wanted to do,” Carlie said. “I looked at Lloyd and said I wanted to do this.”

“It was a conversation and she wanted this,” Lloyd added.

Carlie said that a librarian friend at WVU also stirred her interest in a bookselling business along with the possibility of selling rare books.

From those conversations, Appalachian Books began as an online bookseller, Lloyd said.

“Our website had a quiz that customers could answer, and we’d select books for them based on their answers,” Lloyd said. “Answer the quiz, pay your money and in a few days you’d get a book and a care package of bookmarks and stickers.”

Carlie said the idea of an actual store grew stronger as they realized Wise County and Norton had gone from two or three bookstores in recent years to none as locally owned shops in Big Stone and Coeburn closed.

Carlie said that a friend and coworker at UVA Wise encouraged her to take the leap to being a bookstore owner.

“If it wasn’t for her, we probably wouldn’t have done it,” Carlie said.

While the quiz model of selling books has passed on, the Tomlinsons have acquired a variety of titles thanks to friends’ donations.

The shelves at Appalachian Books, however, are not piles of old paperbacks.

“We plan to make an area in the back for workshops, book clubs, sewing circles and general craft groups.”

“We’ve got a pretty good children’s section and a healthy young adult section too,” Lloyd added.

Carlie said that Appalachian Books will even deliver orders to customers in Wise County and Norton.

“We’ve got reading tables and free tea and coffee too and we socially distance,” Carlie said. “Masks are required, and we have those too.”

Carlie said that the bookstore fills a niche that Norton Mayor Joe Fawbush mentioned at the ribbon cutting.

“For young people to have things to do, we figured that we as young people had to move back here,” Carlie said.

Appalachian Books is open Wednesday-Saturday from noon to 6 p.m., Sunday from 1-5 p.m. and closed Monday and Tuesday.

For more, visit the store’s Facebook page, www.facebook.com/AppalachianBooks, or the online store at shopbookwise.com.

News
COVID-19 in NET: Daily cases average over 500 for Friday-Saturday

The latest COVID-19 numbers from the Tennessee Department of Health’s daily report, for Saturday, Jan. 2:

• 87% of case totals were listed as “inactive/recovered.”

Statewide (Saturday): 21.63% of the 35,328 new test results reported Saturday by the Tennessee Department of Health.

Ballad Health: 30.4% over the past seven days, for the health system’s 21-county service area, including Northeast Tennessee and Southwest Virginia.

News
COVID-19 in SWVA: over 100 cases in LENOWISCO

The Virginia Department of Health said the LENOWISCO Health District reported 101 COVID-19-related cases and two related deaths for totals of 5,054 and 126 deaths during the pandemic.

Norton added five cases for 174 and one death.

The seven-day average rate of positive PCR test results in the LENOWISCO district in Saturday’s report rose from 28.7% to 31.8%. The statewide seven-day positivity rate rose from 14.3% to 14.8%.

Red Onion State Prison had 25 inmate cases and decreased two cases for 21 active staff/contractor cases Friday, according to the Virginia Department of Corrections.

According to Saturday’s VDH pandemic measures dashboard, daily case incidence in the far southwest region of Virginia — including the LENOWISCO Health District — was ranked as decreasing after an 18-day drop in daily case rates. The far southwest region ranking for percent positivity of COVID-19 testing results was classed as increasing based on an overall 18-day increase in that measure.