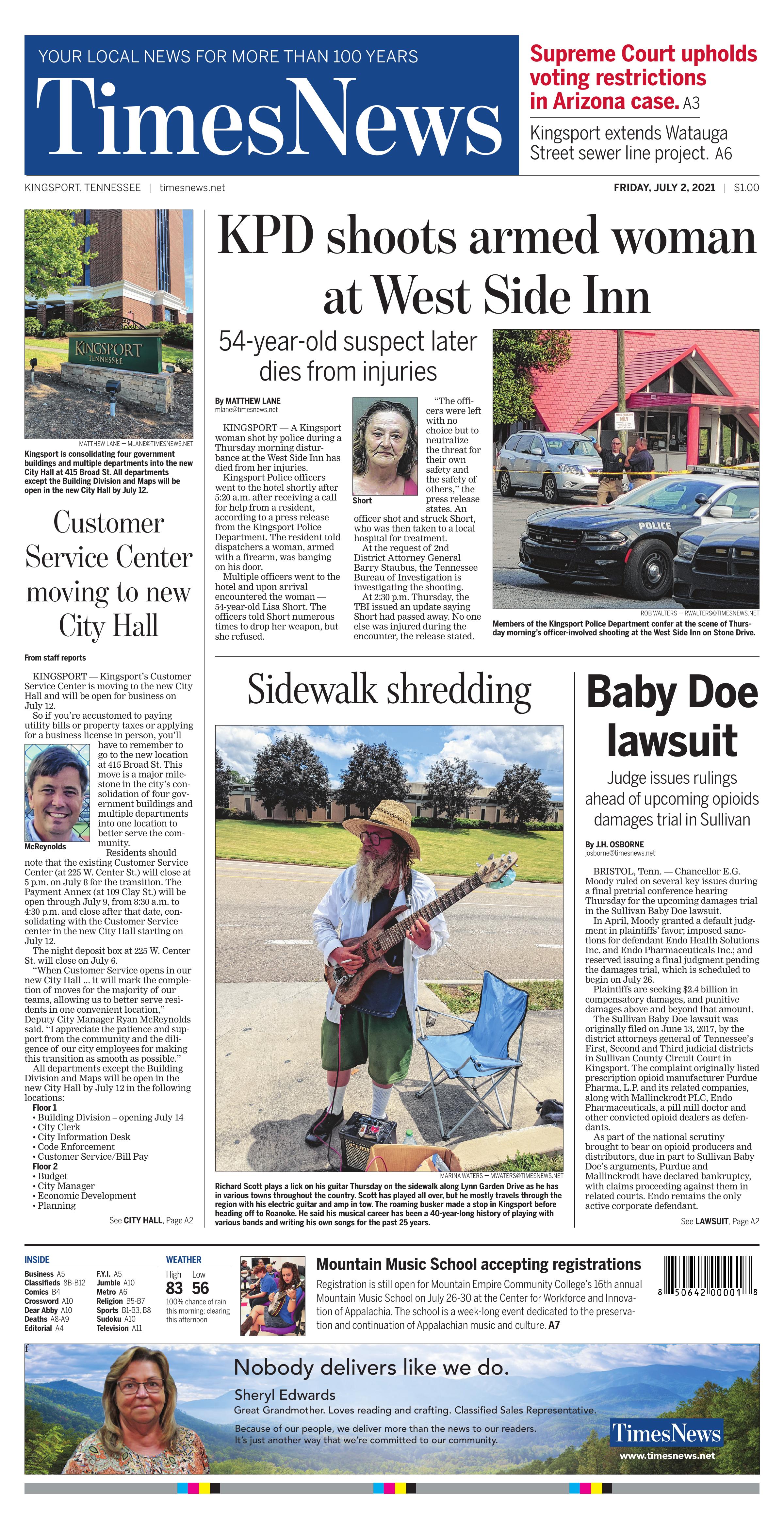 Members of the Kingsport Police Department confer at the scene of Thurs- day morning’s officer-involved shooting at the West Side Inn on Stone Drive.

KINGSPORT — A Kingsport woman shot by police during a Thursday morning disturbance at the West Side Inn has died from her injuries.

Kingsport Police officers went to the hotel shortly after 5:20 a.m. after receiving a call for help from a resident, according to a press release from the Kingsport Police Department. The resident told dispatchers a woman, armed with a firearm, was banging on his door.

Multiple officers went to the hotel and upon arrival encountered the woman — 54-year-old Lisa Short. The officers told Short numerous times to drop her weapon, but she refused.

“The officers were left with no choice but to neutralize the threat for their own safety and the safety of others,” the press release states. An officer shot and struck Short, who was then taken to a local hospital for treatment.

At the request of 2nd District Attorney General Barry Staubus, the Tennessee Bureau of Investigation is investigating the shooting.

At 2:30 p.m. Thursday, the TBI issued an update saying Short had passed away. No one else was injured during the encounter, the release stated. 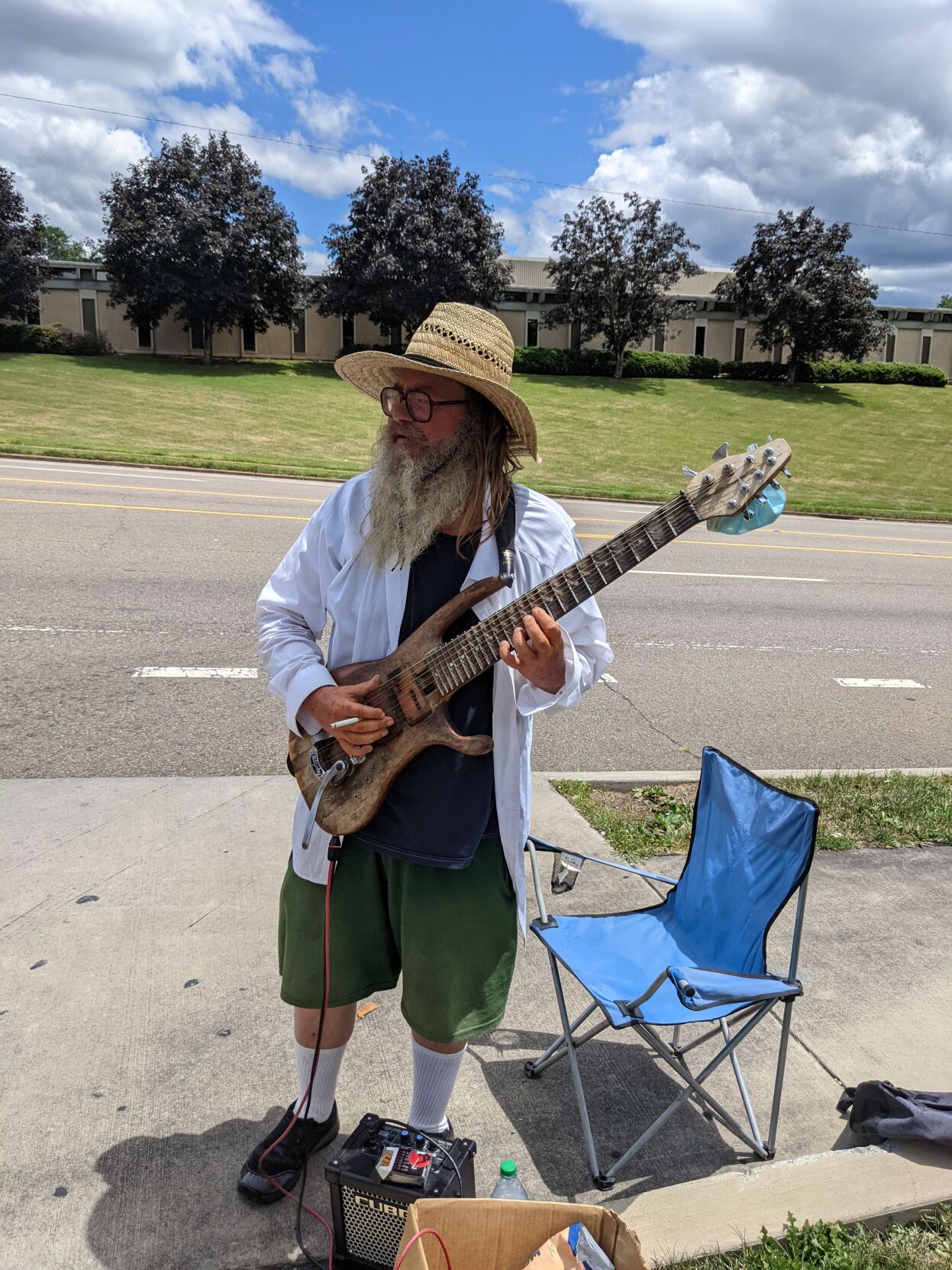 Richard Scott makes a stop in Kingsport to play guitar on the street.

KINGSPORT — Kingsport’s Customer Service Center is moving to the new City Hall and will be open for business on July 12.

So if you’re accustomed to paying utility bills or property taxes or applying for a business license in person, you’ll have to remember to go to the new location at 415 Broad St. This move is a major milestone in the city’s consolidation of four government buildings and multiple departments into one location to better serve the community.

Residents should note that the existing Customer Service Center (at 225 W. Center St.) will close at 5 p.m. on July 8 for the transition. The Payment Annex (at 109 Clay St.) will be open through July 9, from 8:30 a.m. to 4:30 p.m. and close after that date, consolidating with the Customer Service center in the new City Hall starting on July 12.

“When Customer Service opens in our new City Hall ... it will mark the completion of moves for the majority of our teams, allowing us to better serve residents in one convenient location,” Deputy City Manager Ryan McReynolds said. “I appreciate the patience and support from the community and the diligence of our city employees for making this transition as smooth as possible.”

All departments except the Building Division and Maps will be open in the new City Hall by July 12 in the following locations:

• Board of Mayor and Aldermen Board Room

The new City Hall is ADA-compliant with more than 270 nearby parking spots, including 75 on site. Parking is also available on Clay Street and New Street and at the Kingsport Public Library and 5 Points. 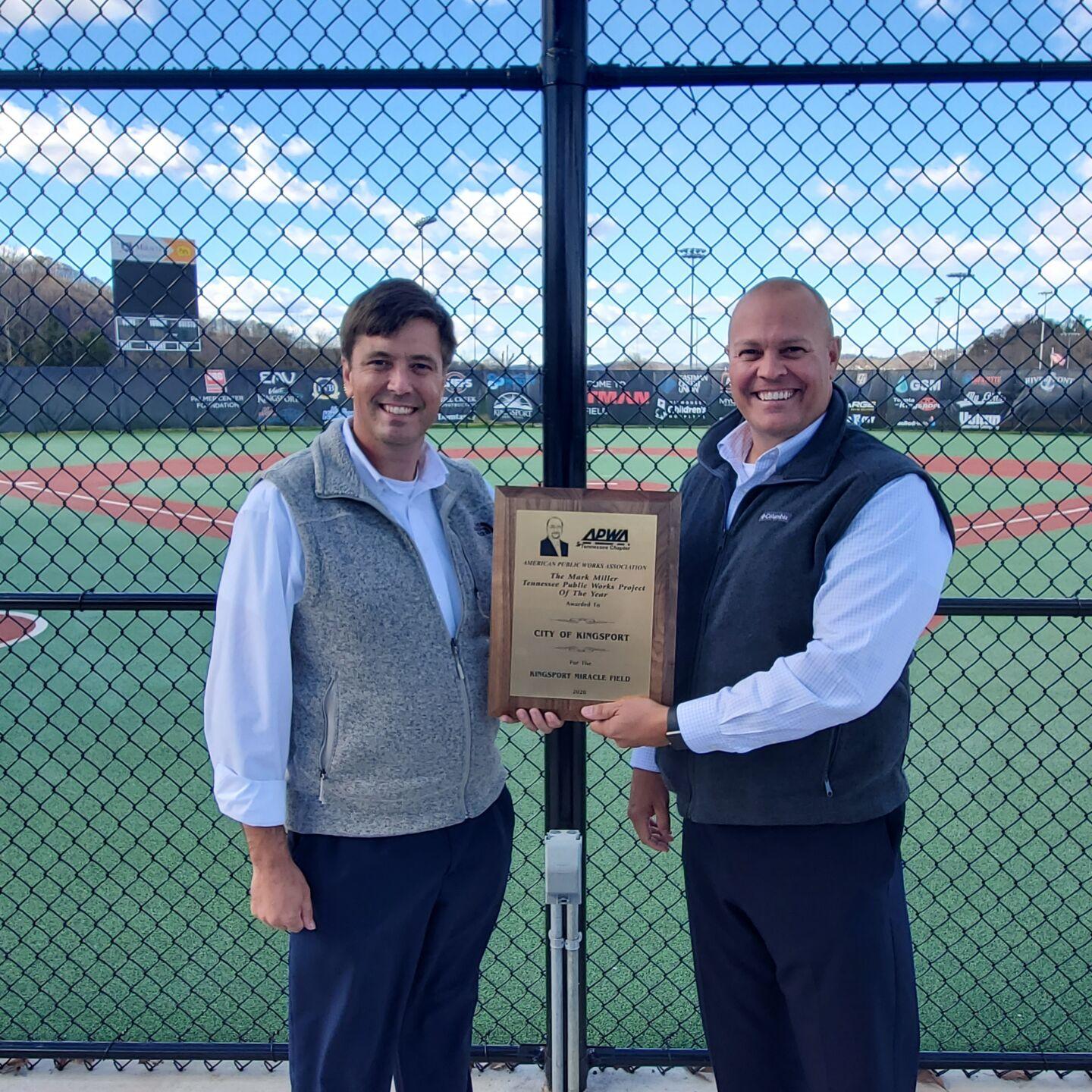 Kingsport’s Deputy City Manager Ryan McReynolds is shown at the Miracle Field with Justin Holland, president of the Tennessee Chapter of the American Public Works Association. The Model City’s Miracle Field has received the TCAPWA’s Mark Miller Tennessee Public Works Project of the Year Award for 2020.

In April, Moody granted a default judgment in plaintiffs’ favor; imposed sanctions for defendant Endo Health Solutions Inc. and Endo Pharmaceuticals Inc.; and reserved issuing a final judgment pending the damages trial, which is scheduled to begin on July 26.

Plaintiffs are seeking $2.4 billion in compensatory damages, and punitive damages above and beyond that amount.

As part of the national scrutiny brought to bear on opioid producers and distributors, due in part to Sullivan Baby Doe’s arguments, Purdue and Mallinckrodt have declared bankruptcy, with claims proceeding against them in related courts. Endo remains the only active corporate defendant.

In Thursday’s hearing, the court basically laid out how the damages trial of the case will be tried.

Rulings from the court during the hearing included:

• On the importance of the default judgment the court ruled the facts admitted in the complaint can be used for all purposes at trial, rather than being limited.

• The court, however, ordered plaintiffs to provide a summary of the complaint to the jury, rather than presenting the entire complaint.

• The complaint establishes an entitlement to punitive damages.

• The definition of the illegal market arises from the complaint and includes all opioids, including heroin and fentanyl, and the defendant is prevented from putting on proof of their market share and arguing that market share should be used to reduce the amount of damages.

• “Damages,” means the full amount of damages suffered by the plaintiffs, and Endo will be accountable for all damages.

At the damages trial, a jury will determine the amount of damages plaintiffs will receive.

“We’re pleased with the judge’s rulings today,” said J. Gerard Stranch IV, managing partner of Branstetter, Stranch & Jennings, the firm representing Baby Doe and participating cities and counties. “We think they have helped narrow the issues and disputes for trial. And we look forward to opening statements on the 26th.” 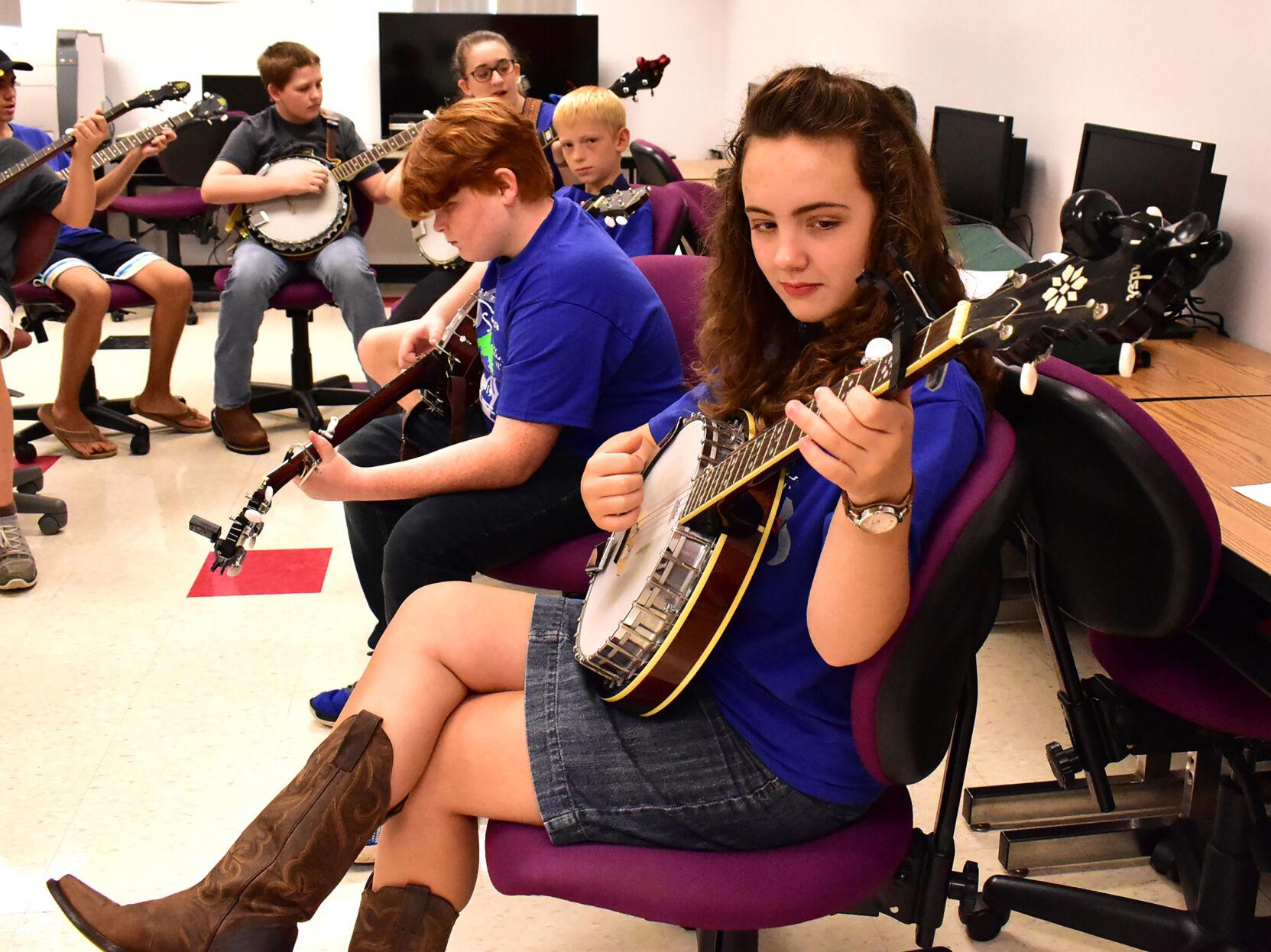 Students practice durimng the 2019 Mountain Music School’s intermediate banjo workshop. The school resumes this summer at MECC’s Center for Workforce and Innovation on July 26-20, and registration is now open.