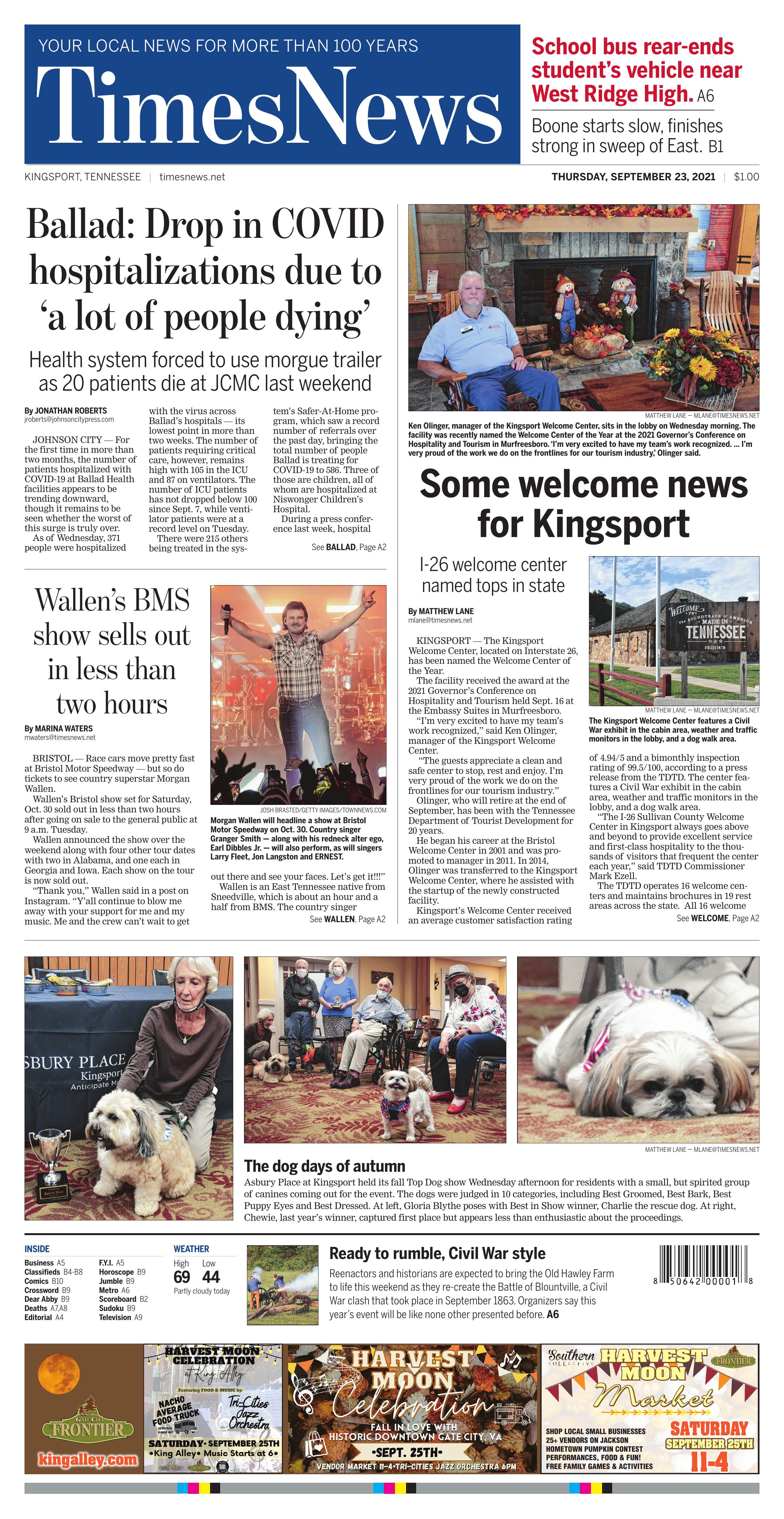 JOHNSON CITY — For the first time in more than two months, the number of patients hospitalized with COVID-19 at Ballad Health facilities appears to be trending downward, though it remains to be seen whether the worst of this surge is truly over.

As of Wednesday, 371 people were hospitalized with the virus across Ballad’s hospitals — its lowest point in more than two weeks. The number of patients requiring critical care, however, remains high with 105 in the ICU and 87 on ventilators. The number of ICU patients has not dropped below 100 since Sept. 7, while ventilator patients were at a record level on Tuesday.

There were 215 others being treated in the system’s Safer-At-Home program, which saw a record number of referrals over the past day, bringing the total number of people Ballad is treating for COVID-19 to 586. Three of those are children, all of whom are hospitalized at Niswonger Children’s Hospital.

During a press conference last week, hospital officials said they expected hospitalizations to increase due to the number of people testing positive, with Chief Infection Prevention Officer Jamie Swift saying the region was “truly nowhere close to being out of the woods just yet.” Fortunately, the inpatient census has tracked closer to the system’s best-case projections of about 350 inpatients, rather than a worst-case projection of more than 530.

“Although today’s data does not show the steep increases that we’ve seen in recent weeks, the numbers still aren’t good,” the hospital system wrote in a Facebook post. “It will likely be several weeks before we see any meaningful decrease in inpatient numbers.”

Of those hospitalized, 93% were not fully vaccinated; neither were 96% of ICU patients and 99% of patients on ventilators.

“We continue to see a grim pattern that the majority of our COVID-19 patients are unvaccinated individuals,” Ballad said on Twitter. “Ballad Health maintains that COVID-19 vaccines are safe and effective in preventing major illness and hospitalization.”

In the Facebook post, the hospital system attributed the decline in hospitalizations to mounting deaths and said staff recently utilized the mobile morgue at Johnson City Medical Center, where 20 people died of COVID-19 last weekend. There have been 66 COVID-19 deaths in Ballad’s 21-county service area over the last seven days.

“The flattening of inpatient cases we’re seeing right now is, unfortunately, created in part by a lot of people dying,” the Facebook post said. “Unfortunately, this week, we’ve had to utilize the morgue trailer at Johnson City Medical Center due to the high number of deaths from COVID-19; having 20 deaths there last weekend alone.”

Wallen’s Bristol show set for Saturday, Oct. 30 sold out in less than two hours after going on sale to the general public at 9 a.m. Tuesday.

Wallen announced the show over the weekend along with four other tour dates with two in Alabama, and one each in Georgia and Iowa. Each show on the tour is now sold out.

“Thank you,” Wallen said in a post on Instagram. “Y’all continue to blow me away with your support for me and my music. Me and the crew can’t wait to get out there and see your faces. Let’s get it!!!”

Wallen is an East Tennessee native from Sneedville, which is about an hour and a half from BMS. The country singer released his sophomore project, “Dangerous: The Double Album,” in January. It debuted at No. 1 on the Billboard 200 Albums chart and earned the biggest-streaming week for a country album in history.

In 2020, his collaboration with producer Diplo on the country/pop hit “Heartless” went triple platinum. His single “Chasin’ You” tallied another No. 1 for the singer-songwriter. Wallen also won Country Music Association, iHeartRadio and American Music Award trophies in 2020.

He also recently earned three trophies at the 2021 Billboard Music Awards, though he was not invited to the show after experiencing widespread backlash from a video of him using a racial slur earlier this year. However, according to Billboard, Wallen’s “Dangerous” album sold 25,000 copies during the week ending Feb. 4, after the video circulated. The album saw an increase of 102%, according to Billboard and MRC Data.

Wallen won’t be the only artist at BMS on Oct. 30.

The tour is supported by music festival brand Country Thunder, which has operated festivals across the U.S. and beyond since 1996. Parking and camping tickets for the Bristol show will be available at a later date. For more information, go to https://www.countrythunder.com. 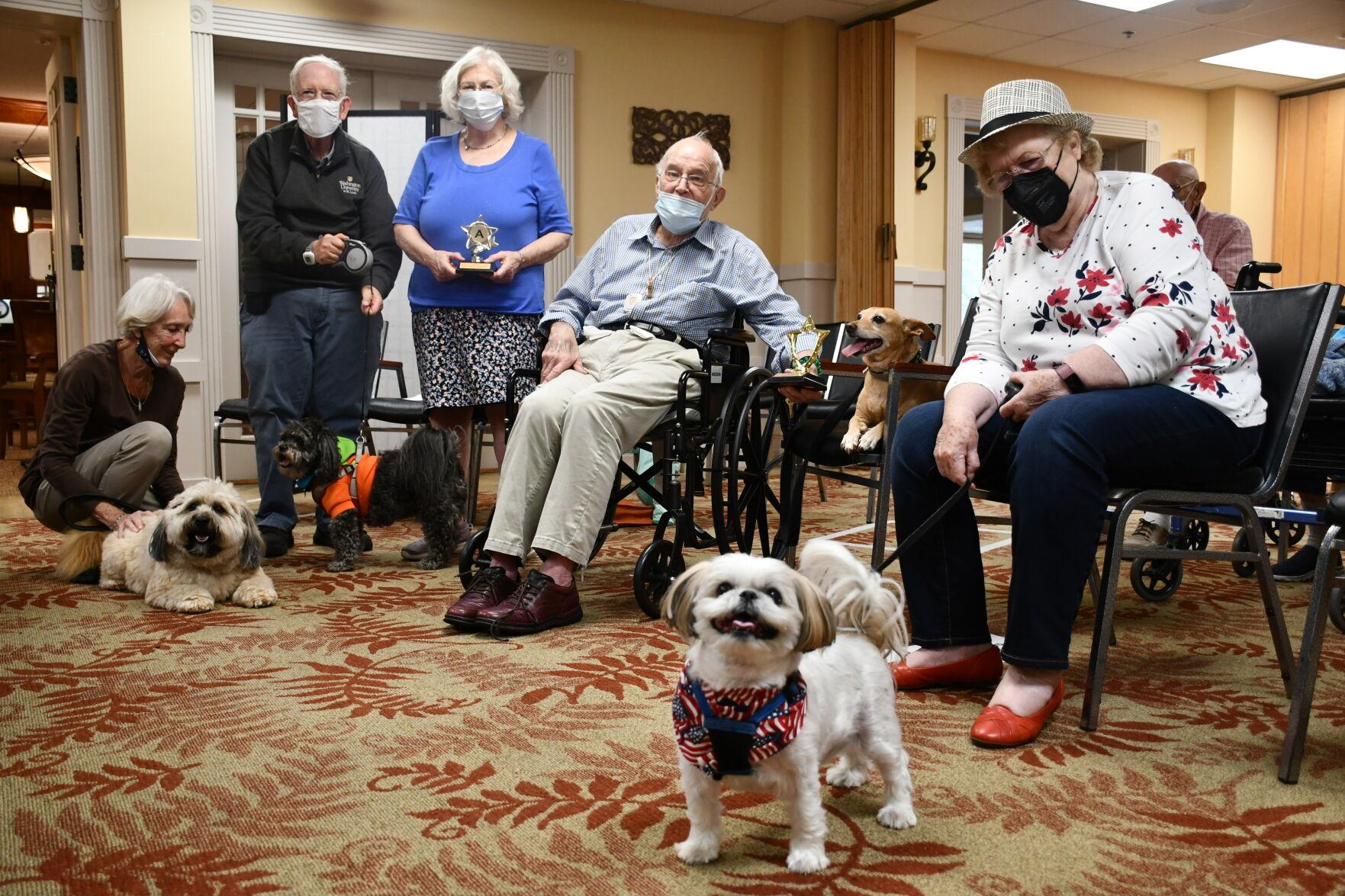 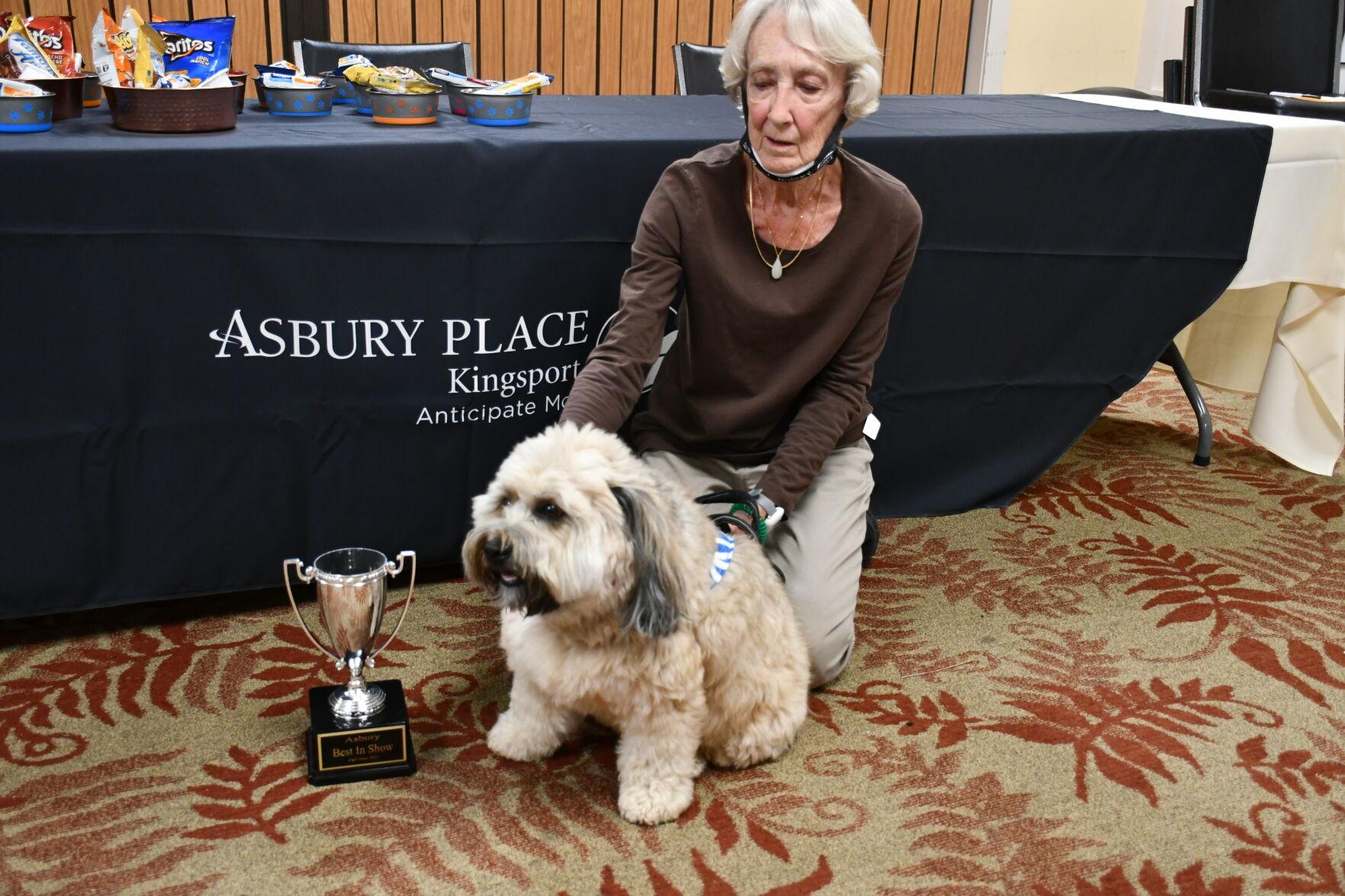 Ken Olinger, manager of the Kingsport Welcome Center, sits in the lobby on Wednesday morning. The facility was recently named the Welcome Center of the Year at the 2021 Governor’s Conference on Hospitality and Tourism in Murfreesboro. ‘I’m very excited to have my team’s work recognized. ... I’m very proud of the work we do on the frontlines for our tourism industry,’ Olinger said.

The Kingsport Welcome Center features a Civil War exhibit in the cabin area, weather and traffic monitors in the lobby, and a dog walk area.

Beth Brown, a certified travel ambassador, hangs a decorative wreath in the lobby of the Kingsport Welcome Center.

Assistant Donna Blankenbeckler (left), who will celebrate three years working at the welcome center, stands next to Manager Ken Olinger.

The facility received the award at the 2021 Governor’s Conference on Hospitality and Tourism held Sept. 16 at the Embassy Suites in Murfreesboro.

“The guests appreciate a clean and safe center to stop, rest and enjoy. I’m very proud of the work we do on the frontlines for our tourism industry.”

Olinger, who will retire at the end of September, has been with the Tennessee Department of Tourist Development for 20 years.

He began his career at the Bristol Welcome Center in 2001 and was promoted to manager in 2011. In 2014, Olinger was transferred to the Kingsport Welcome Center, where he assisted with the startup of the newly constructed facility.

Kingsport’s Welcome Center received an average customer satisfaction rating of 4.94/5 and a bimonthly inspection rating of 99.5/100, according to a press release from the TDTD. The center features a Civil War exhibit in the cabin area, weather and traffic monitors in the lobby, and a dog walk area.

“The I-26 Sullivan County Welcome Center in Kingsport always goes above and beyond to provide excellent service and first-class hospitality to the thousands of visitors that frequent the center each year,” said TDTD Commissioner Mark Ezell.

The TDTD operates 16 welcome centers and maintains brochures in 19 rest areas across the state. Both sets of facilities are open 24 hours a day, 365 days a year, except for I-40 Shelby County (Memphis) Welcome Center, which is closed every evening.

All 16 welcome centers are now open with onsite staff equipped with additional cleaning and sanitation processes in place.

In addition, each facility is equipped with free Wi-Fi and a toll-free telephone system allowing travelers to make hotel, motel, and campground reservations anywhere in Tennessee. 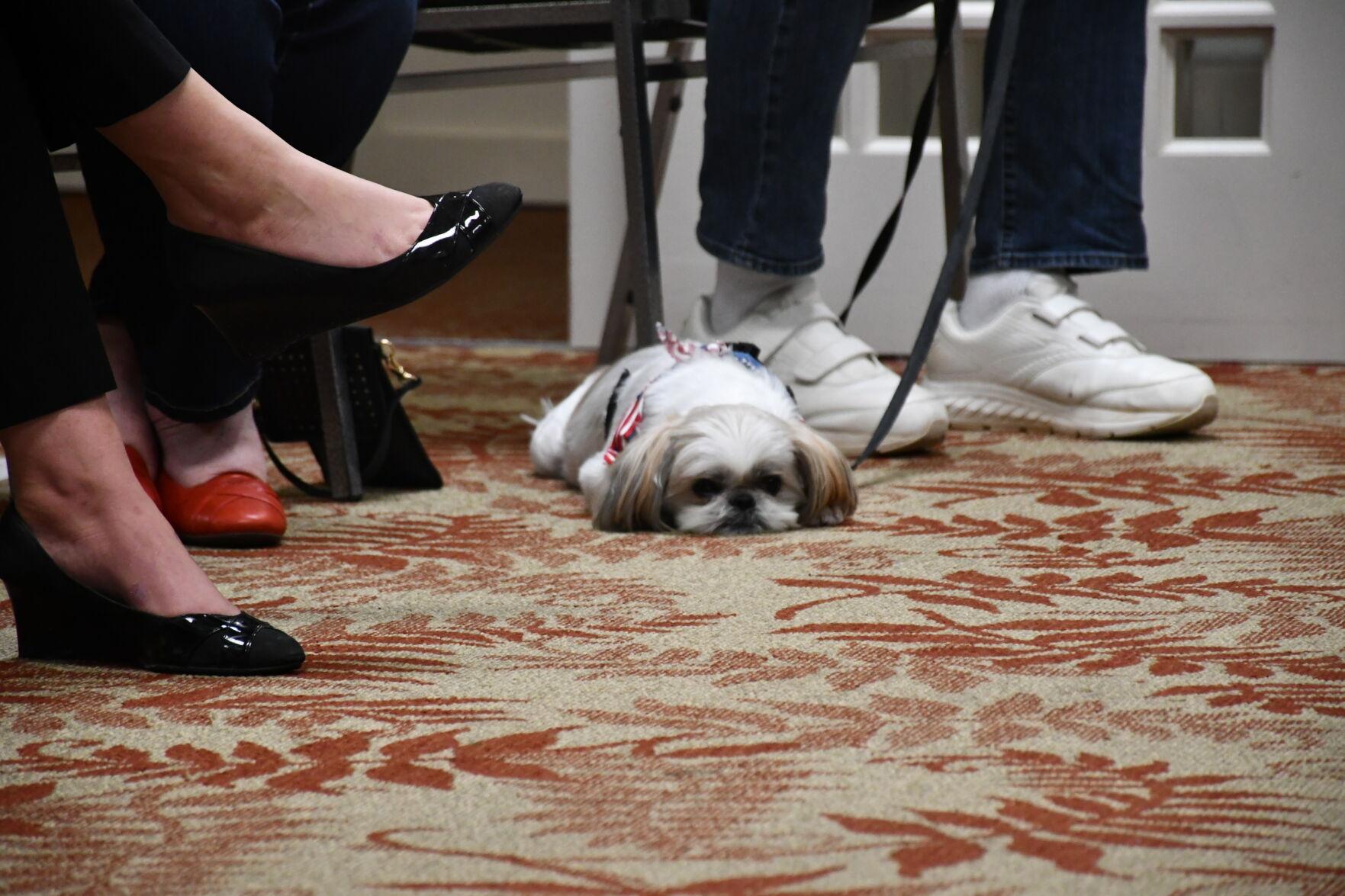 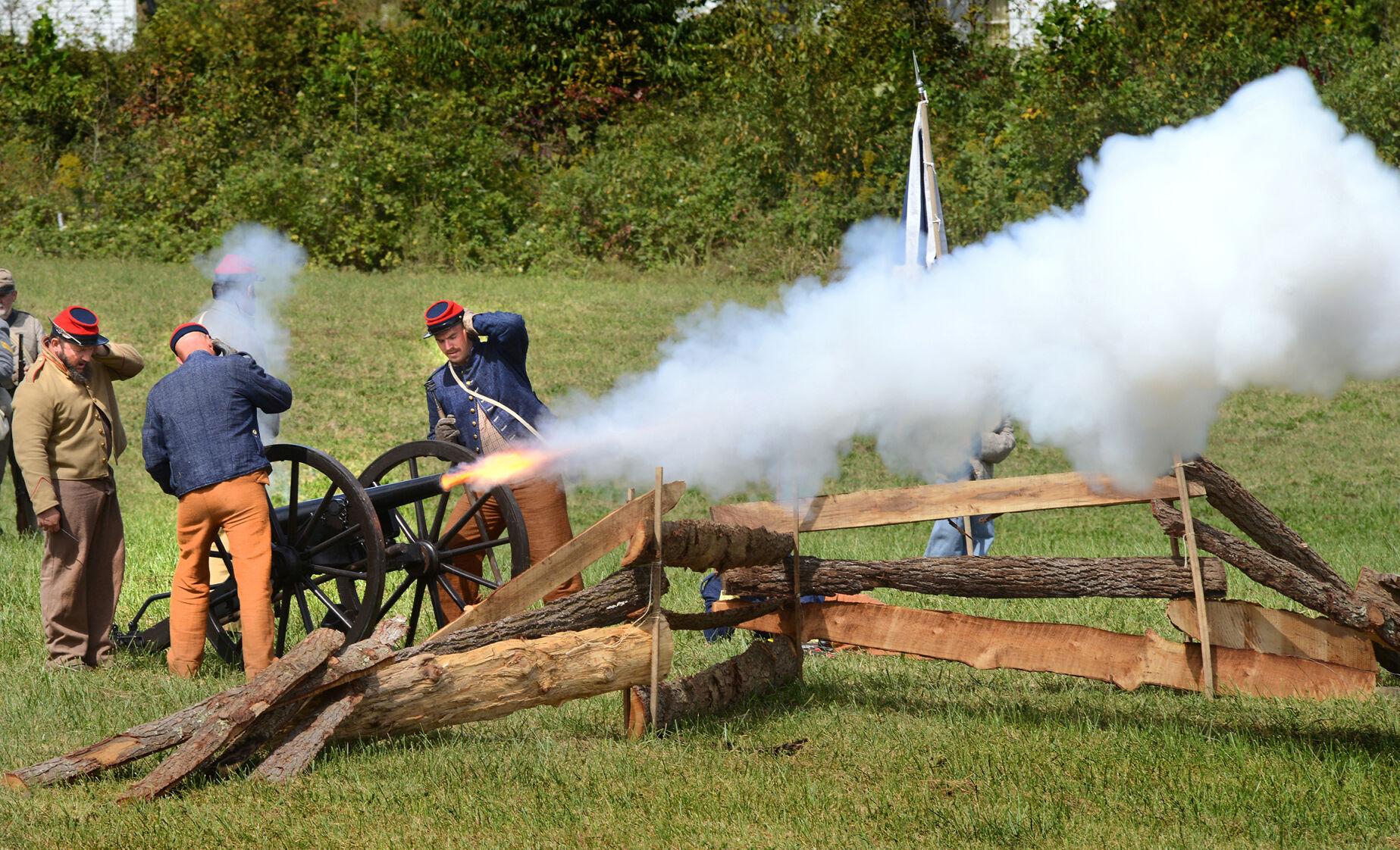