ROGERSVILLE — The community now has the option of donating reward funds for Summer Wells.

A reward fund has been set up through Civis Bank Branch for Summer, who went missing from her parents’ Beech Creek home in Hawkins County on June 15. Now, officials said, the Church Hill Rescue Squad has an account to which anyone can make a reward donation.

“Anyone that is wanting to contribute to the reward fund can go to any Civis Bank Branch and request to place money in the Church Hill Rescue Squad Summer Wells Reward Account,” said Tim Coup, the Church Hill Rescue Squad’s captain, in a press release on Monday. “Once this money is placed in there, it will stay there for six months. If there are no tips and or leads that re- sult (in) the location/re- covery of Summer Wells, those funds will be donated to the Child Advocacy Center.”

On Sunday, the almost two-week search was scaled back with continued specialized team efforts. As of Sunday, officials said, 120 agencies from Tennessee, Ohio, Virginia, Alabama, Georgia and North Carolina had helped with the search. Since June 15, there have been 1,150 searchers on the ground that have logged 13,800 hours. As of Monday morning, officials had received approximately 560 tips.

“Just because we may not be seen as such a large (presence) in and throughout the area,” Coup said in a media release on Sunday, “rest assured that we have not quit and won’t quit until we find Summer Wells.”

Investigators are also looking for information from the driver of a red or maroon Toyota pickup that was seen in the Beech Creek area either Monday, June 14, or Tuesday, June 15. The Tennessee Bureau of Investigation said the truck is possibly a 1998-2000 model with a full bed ladder rack along with white buckets in the truck bed. TBI stressed the driver is not a suspect, but a possible witness, and is asked to call 1-800-TBI-FIND.

Summer stands 3 feet tall, weighs approximately 40 pounds and has blond hair and blue eyes. She was last seen wearing gray pants and a pink shirt and might have been barefoot. 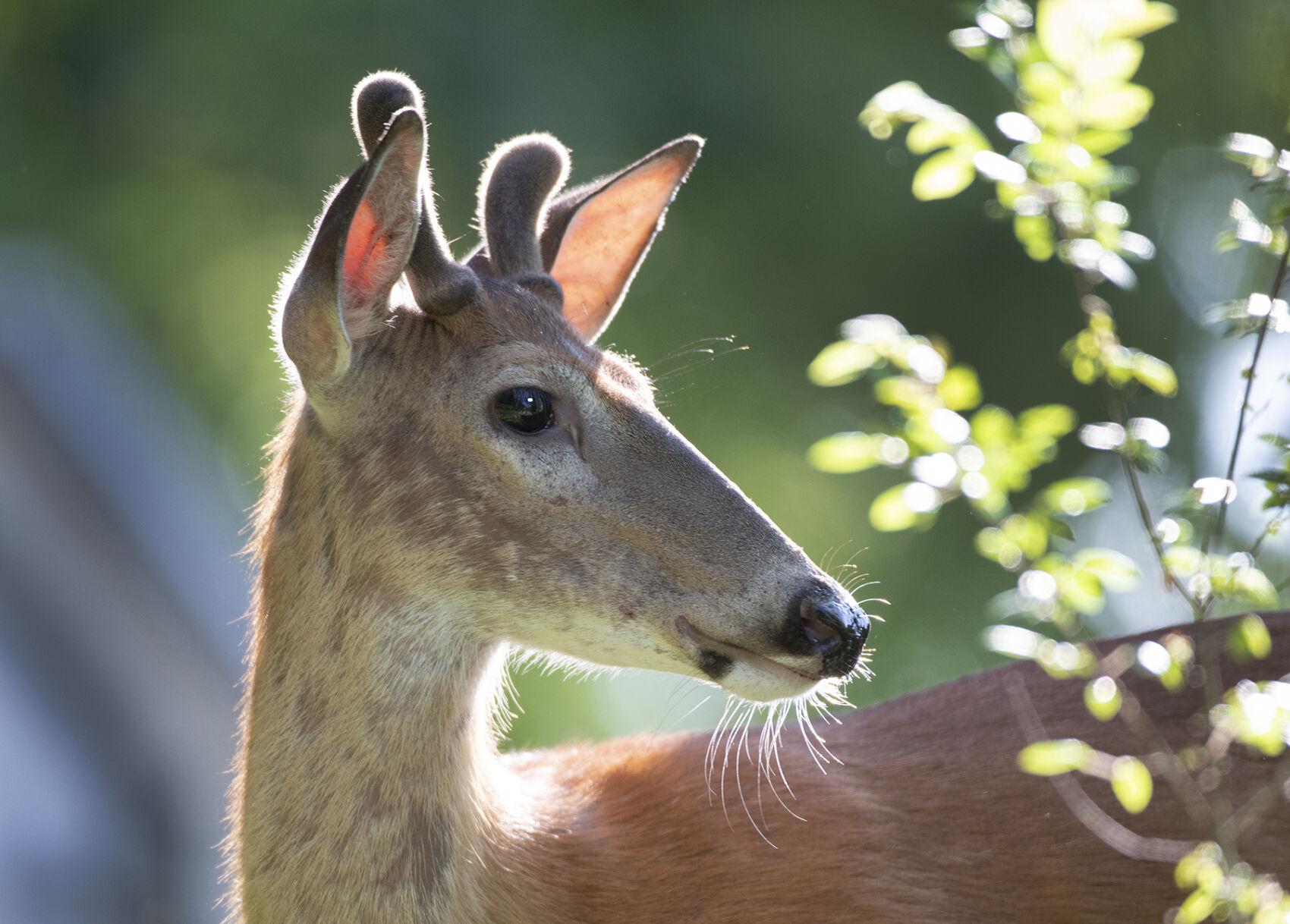 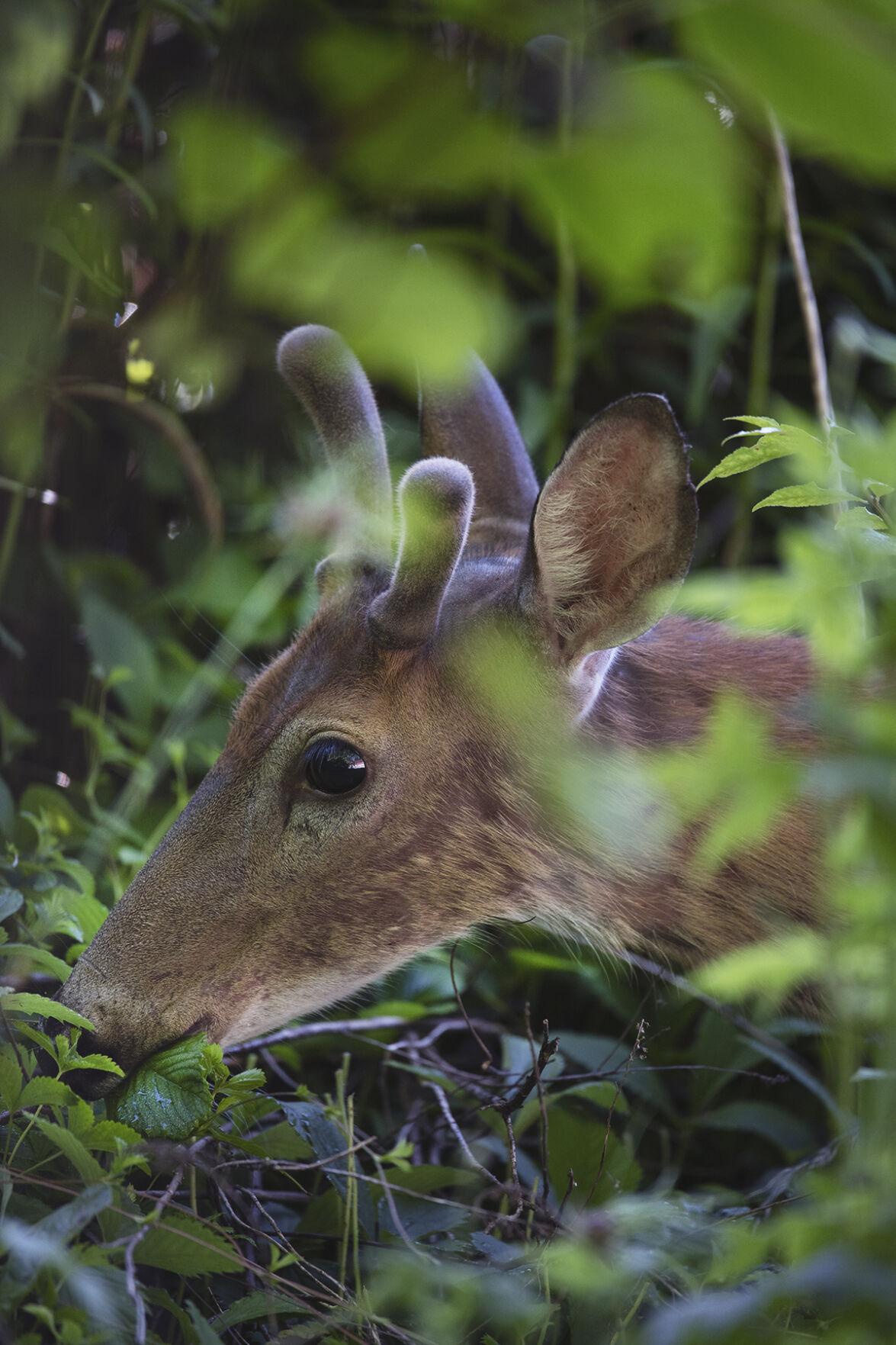 Southwest Virginia photographer Tim Cox sent in these pictures of a young visitor he photographed one recent morning just outside his front door in Wise.

The Sullivan County Commission is scheduled to meet in a called session to potentially vote on the tax rate and the county’s $207.7 million budget for the fiscal year that begins on Thursday.

But this year was a reappraisal year, and because of that, the state set a certified tax rate of $2.3132 for Sullivan County. Anything more is a tax increase.

The certified tax rate is calculated to provide the local government, in this case Sullivan County, with the same amount of revenue from its tax rate as the prior year.

Higher values during a reappraisal do not necessarily mean higher taxes. The law requires the counties and cities to reexamine property tax rates after a reappraisal to make sure higher taxable values do not automatically result in a tax increase. Known as the certified tax rate law or “truth-in-taxation”, the law requires local governments to conduct public hearings before adopting a property tax rate that generates more taxes overall in a reappraisal year than were billed the year before at the previous year’s lower values. If the new tax rate following a revaluation does not exceed the certified rate, the average tax bill may actually remain the same. If a property’s value increased as the result of the revaluation more than the average, the taxes may be somewhat higher, while if the value increased less than the average, the tax bill may actually be lower in a revaluation year compared to the year before.

Once a certified rate is calculated by the assessor and chief executive of the tax jurisdiction, and reviewed by the State Board of Equalization, it is submitted to the jurisdiction’s governing body for formal determination, usually for consideration with the budget. If the budget will require an increase above the certified rate, the governing body must publish notice of a public hearing on whether to exceed the certified rate and then may proceed to adopt an actual tax rate after the hearing. If the certified tax rate is exceeded, the jurisdiction must send the State Board of Equalization an affidavit of publication for the hearing notice, and a certified copy of the final tax rate ordinance or resolution.

Source: Tennessee Comptroller of the Treasury

Sullivan County’s certified tax rate for the new budget year, provided by the Tennessee Comptroller of the Treasury, is $2.3132. So the $2.4062 figure represents an increase of 9.3 cents.

An increase was expected. It has been publicly discussed for a year. It is needed to cover the county’s debt service.

How the proposed $2.4062 tax rate is split among funds

The proposed budget includes a 4% pay raise for county employees, and the committee agreed to increase that to a recommendation of 5%. The money to fund that raise across all non-school accounts did not require a tax increase but is coming from savings the county will see from a 5% reduction in its retirement costs.

A 4% raise for school employees is included in the county school system’s budget, as well as $3.3 million to implement a teacher pay equalization plan.

Evelyn Boswell’s Law is named for a 15- month-old Sullivan County child who died in December 2019. Her body was not discovered until months later because her mother failed to report her missing to the authorities.

Evelyn Boswell’s Law is among a number of new laws in Tennessee designed to protect children that are set to go into effect on Thursday.

The act is named for a 15-month-old Sullivan County child who died in December 2019. Her body was not discovered until many months later because her mother failed to report her missing to the authorities.

State Sen. Jon Lundberg, R-Bristol, sponsored the measure earlier this year to require a report of a missing child be made to law enforcement or to an appropriate authority within 24 hours of the child’s disappearance.

Under the new law, failure to report while demonstrating reckless disregard for the safety of that child would be considered a Class A misdemeanor. This is punishable by up to 11 months and 29 days in jail, a fine of up to $2,500 or both.

Lundberg was also the sponsor of Eli’s Law, which will also take effect on Thursday. It is named after a child who was subjected to traumatizing levels of parental abuse, even though his older brother had been removed from the parents’ custody for both neglect and abuse.

The act is aimed to prevent such situations from happening in the future by giving the court that previously decided the first child’s case the ability to take further action needed to protect other children living in the same home.

According to information in a news release from Lt. Gov. Randy McNally’s office, other child protection measures slated to become law on July 1 include:

The new law was approved after the deaths of two Roane County children.

• Legislation expanding the state’s “truth in sentencing” laws to make sure parole and probation are not options for those found guilty of certain violent crimes that historically target women and children.

• Legislation requiring a person convicted of the facilitation of rape of a child or aggravated rape of a child serve their full sentence, followed by community supervision for life.

• Legislation removing the statute of limitations for any commercial sex trafficking offense committed against a child on or after July 1, 2021, as many victims don’t report due to trauma or fear of retaliation.

• Legislation that ensures that a juvenile convicted of conduct that would constitute rape if committed by an adult cannot work or volunteer at a place that is in close or frequent contact with children.

• Legislation expanding the definition of “severe child abuse” to involve a child’s exposure to certain extremely dangerous or illegal drugs.

• Legislation broadening the definition of child neglect and endangerment to include the exposure of a child to methamphetamines and other dangerous drugs. 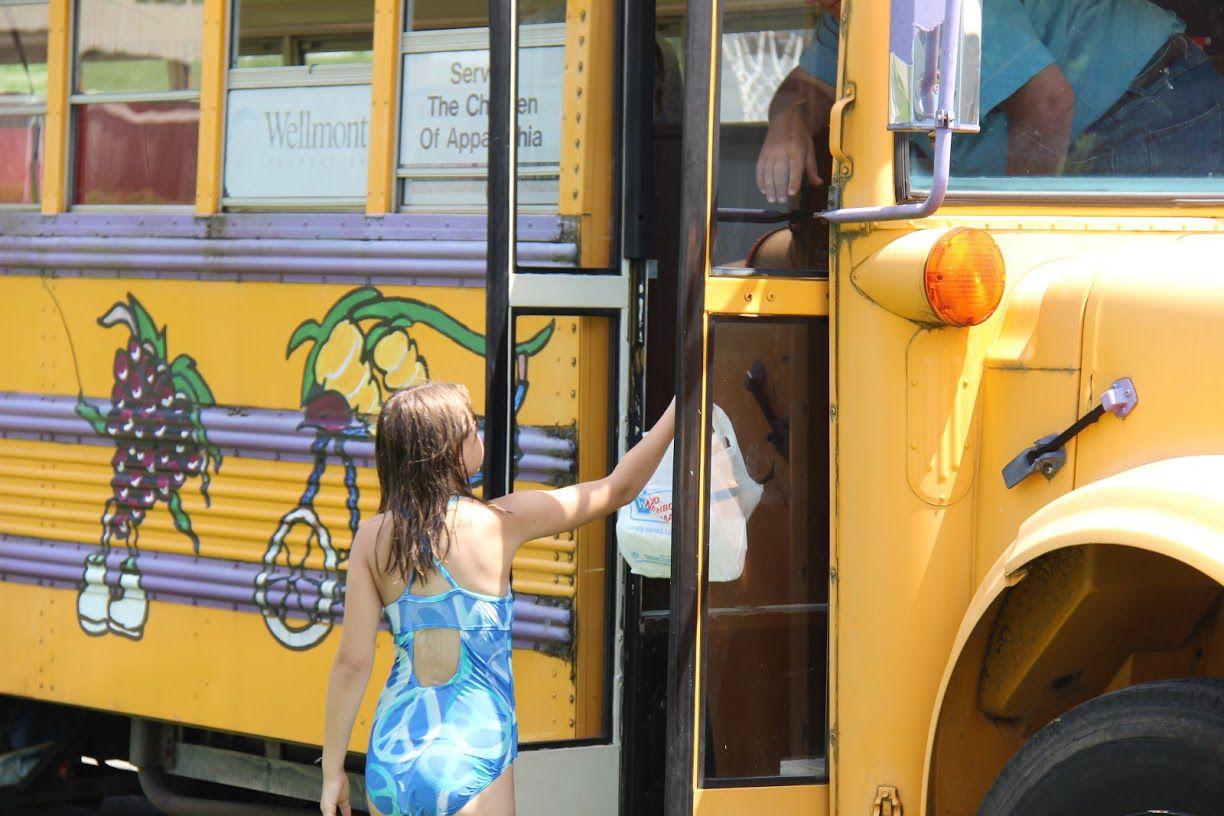 A child receives a meal from a converted school bus through Of One Accord Ministry’s Lunch Box summer feeding program.