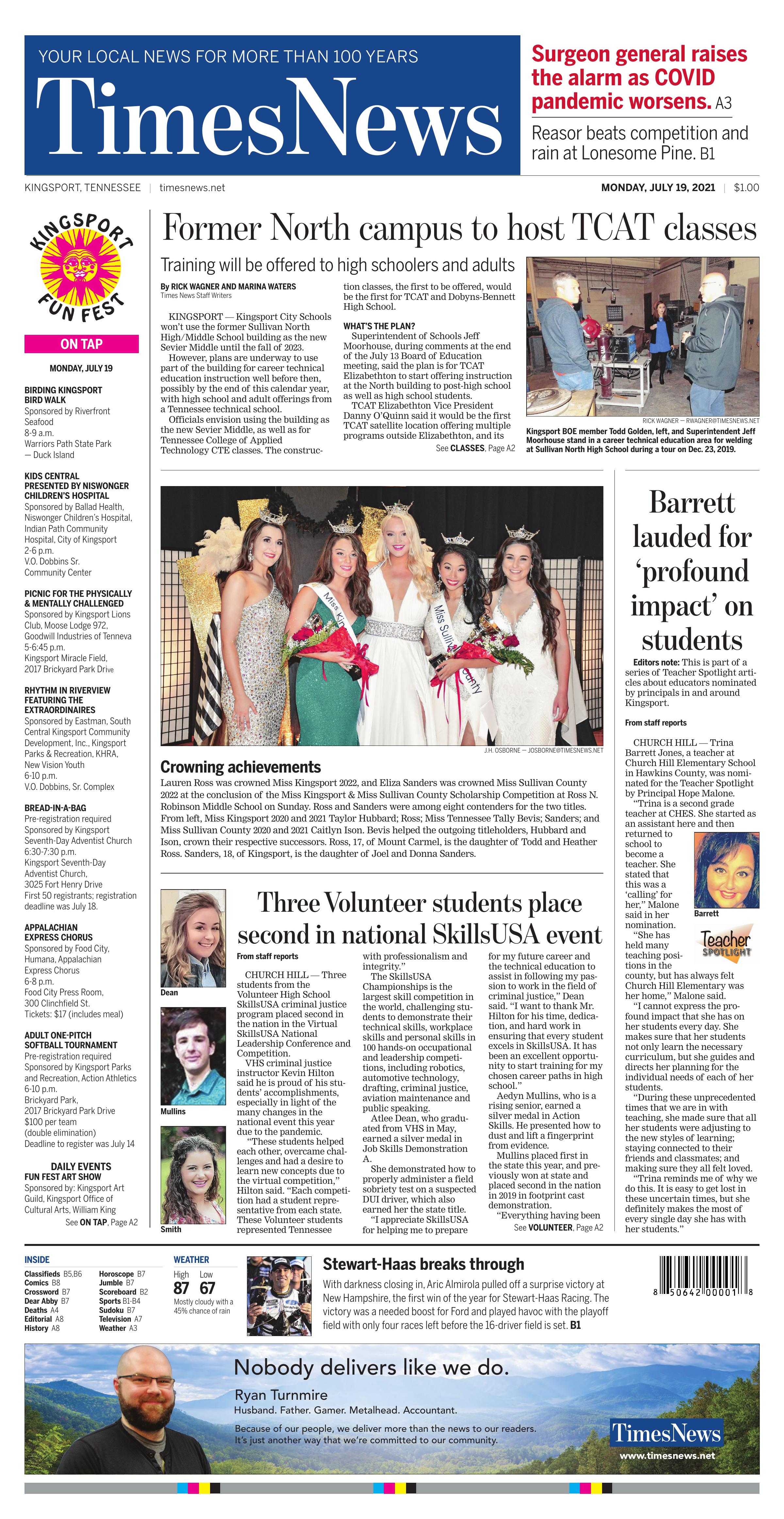 Rick / CONTRIBUTED BY THE TENNESSEE COLLEGE OF APPLIED TECHNOLOGY ELIZABTEHTON

By RICK WAGNER and MARINA WATERS

KINGSPORT — Kingsport City Schools won’t use the former Sullivan North High/Middle School building as the new Sevier Middle until the fall of 2023.

However, plans are underway to use part of the building for career technical education instruction well before then, possibly by the end of this calendar year, with high school and adult offerings from a Tennessee technical school.

Officials envision using the building as the new Sevier Middle, as well as for Tennessee College of Applied Technology CTE classes. The construction classes, the first to be offered, would be the first for TCAT and Dobyns-Bennett High School.

Superintendent of Schools Jeff Moorhouse, during comments at the end of the July 13 Board of Education meeting, said the plan is for TCAT Elizabethton to start offering instruction at the North building to post-high school as well as high school students.

TCAT Elizabethton Vice President Danny O’Quinn said it would be the first TCAT satellite location offering multiple programs outside Elizabethton, and its first class, construction, is a first for the TCAT Elizabethton.

O’Quinn said classes could begin before year’s end if required approvals from state and federal authorities are granted.

TCAT opened a new campus in 2015 but has renovated the old Elizabethton campus for reuse, housing four programs there. Also, a single program is offered at Johnson County High School as well as at the East Tennessee State University Center in Allandale, the latter where a nursing program is offered.

TCAT Elizabethton’s original plans were to launch a construction or building trades program in downtown Kingsport, Quinn said, but TCAT officials saw the opportunity for the former North building as the location for construction and other programs.

Dean Blevins, former CTE director for KCS, is president of TCAT ELizabethton. Bo Shadden, who oversees CTE offerings for KCS and before that had the same job for Sullivan County Schools, is also involved in the planning for TCAT at the former North.

“We’re hoping to get the building construction program up in the fall,” O’Quinn said. “We’re going as fast as we can.”

KCS took possession of the former North campus July 1 and soon will begin its conversion to Sevier Middle. The city school system paid $20 million for the campus in 2016 out of its share of proceeds from bonds issued by Sullivan County, but the county continued to operate schools there until May. The new West Ridge High, a merger of Sullivan North, South and Central high schools, is to open Aug. 9.

“They (Sullivan County school officials) left it to us clean and with good bones to get started with our work,” Moorhouse told the school board before giving a thumbnail presentation on TCAT plans for the former North. The school board and Board of Mayor and Aldermen are planning a tour of the facility soon, Moorhouse said.

The next day, July 14, Moorhouse made an expanded presentation about North and the TCAT plans to the NETWORKS — Sullivan Partnership board at its monthly meeting, saying from the high school side the plan is to get CTE students involved in hands-on instruction before the traditional start of their junior year. As for adults, he said TCAT Elizabeton has a waiting list of 3,500.

Before the former North opens as Sevier, Moorhouse said the campus is to house selected CTE offerings. Initially, he said, they will include supply chain management, in cooperation with Eastman Chemical Co., construction, and pipe fitting. Eventually, Moorhouse and O’Quinn said, more CTE programs would be added.

O’Quinn said construction would be the first since it is further along, having received Tennessee Board of Regents approval. Other approvals are required by the Council on Occupational Education, the U.S. Department of Education and Veterans Affairs.

Moorhouse said it will take time to build the programs there up to a likely maximum of 20 or so students per classroom or learning space.

“It will probably take a while to get this to full capacity,” Moorhouse said.

Assistant Superintendent of Instruction Andy True Thursday said that plans to house the KCS maintenance department at the former North have been changed.

That’s because the TCAT program is to take what was to have been maintenance space in the former North building. So KCS maintenance will remain housed near Cora Cox Academy near downtown, True said. 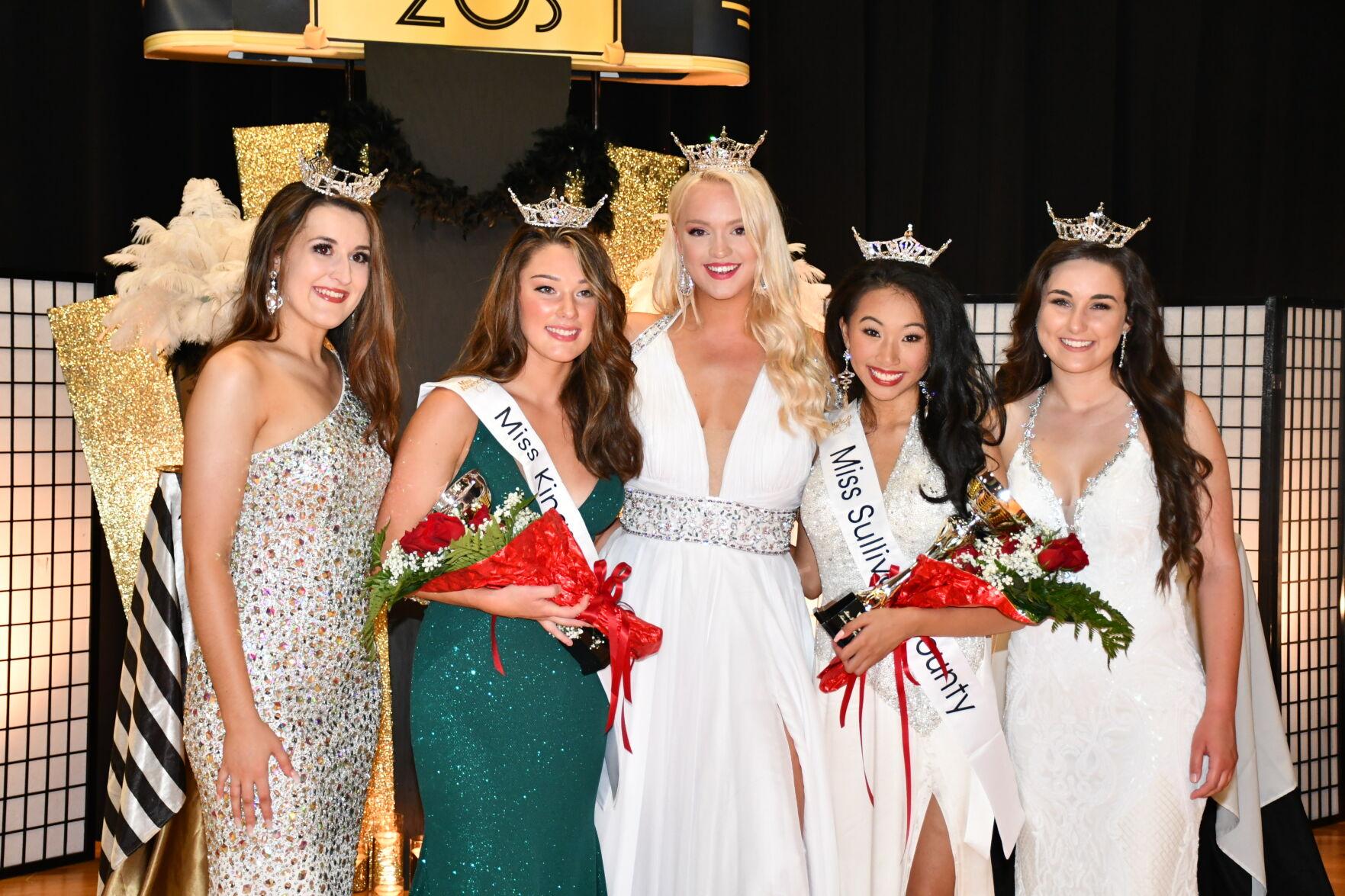 Atlee Dean in the “Job Skills A” category who placed first in the state for her demonstration of a police field sobriety test.

Aedyn Mullins in the “Action Skills” category who placed first in the state with his demonstration on the procedure for lifting and recording fingerprint evidence.

Eliza Smith in the “Extemporaneous Speaking” category who placed first in the state giving a speech on a subject with only five minutes of preparation.

VHS criminal justice instructor Kevin Hilton said he is proud of his students’ accomplishments, especially in light of the many changes in the national event this year due to the pandemic.

“These students helped each other, overcame challenges and had a desire to learn new concepts due to the virtual competition,” Hilton said. “Each competition had a student representative from each state. These Volunteer students represented Tennessee with professionalism and integrity.”

Atlee Dean, who graduated from VHS in May, earned a silver medal in Job Skills Demonstration A.

She demonstrated how to properly administer a field sobriety test on a suspected DUI driver, which also earned her the state title.

“I appreciate SkillsUSA for helping me to prepare for my future career and the technical education to assist in following my passion to work in the field of criminal justice,” Dean said. “I want to thank Mr. Hilton for his time, dedication, and hard work in ensuring that every student excels in SkillsUSA. It has been an excellent opportunity to start training for my chosen career paths in high school.”

Aedyn Mullins, who is a rising senior, earned a silver medal in Action Skills. He presented how to dust and lift a fingerprint from evidence.

Mullins placed first in the state this year, and previously won at state and placed second in the nation in 2019 in footprint cast demonstration.

“Everything having been virtual this year with SkillsUSA was challenging, but presented a good learning experience,” Mullins said. “Mr. Hilton, our instructor, has always been very helpful with practice, and every other aspect of competing. I am very pleased to have placed second in the nation, and that Atlee and Eliza did so well in their competitions.”

Eliza Smith, who is a rising junior, earned a national silver medal in Extemporaneous Speaking.

She was given a topic and five minutes of preparation time and delivered a three to five minute speech. Smith also won the state title.

“Competing virtually was certainly a new challenge, but one that I am thankful to have had the opportunity to experience, as I know that the online world is only growing,” Smith said. “And from Zoom trial and errors to scheduling reminders, Mr. Hilton worked tirelessly to equip us competitors for this new challenge. It is my great honor to represent my school and community alongside two of my classmates and to carry forward the legacy of SkillsUSA at Volunteer High School. “

Picnic for the Physically & Mentally Challenged

Rhythm in Riverview featuring The Extraordinaires

“Trina is a second grade teacher at CHES. She started as an assistant here and then returned to school to become a teacher. She stated that this was a ‘calling’ for her,” Malone said in her nomination.

“She has held many teaching positions in the county, but has always felt Church Hill Elementary was her home,” Malone said.

“I cannot express the profound impact that she has on her students every day. She makes sure that her students not only learn the necessary curriculum, but she guides and directs her planning for the individual needs of each of her students.

“During these unprecedented times that we are in with teaching, she made sure that all her students were adjusting to the new styles of learning; staying connected to their friends and classmates; and making sure they all felt loved.

“Trina reminds me of why we do this. It is easy to get lost in these uncertain times, but she definitely makes the most of every single day she has with her students.” 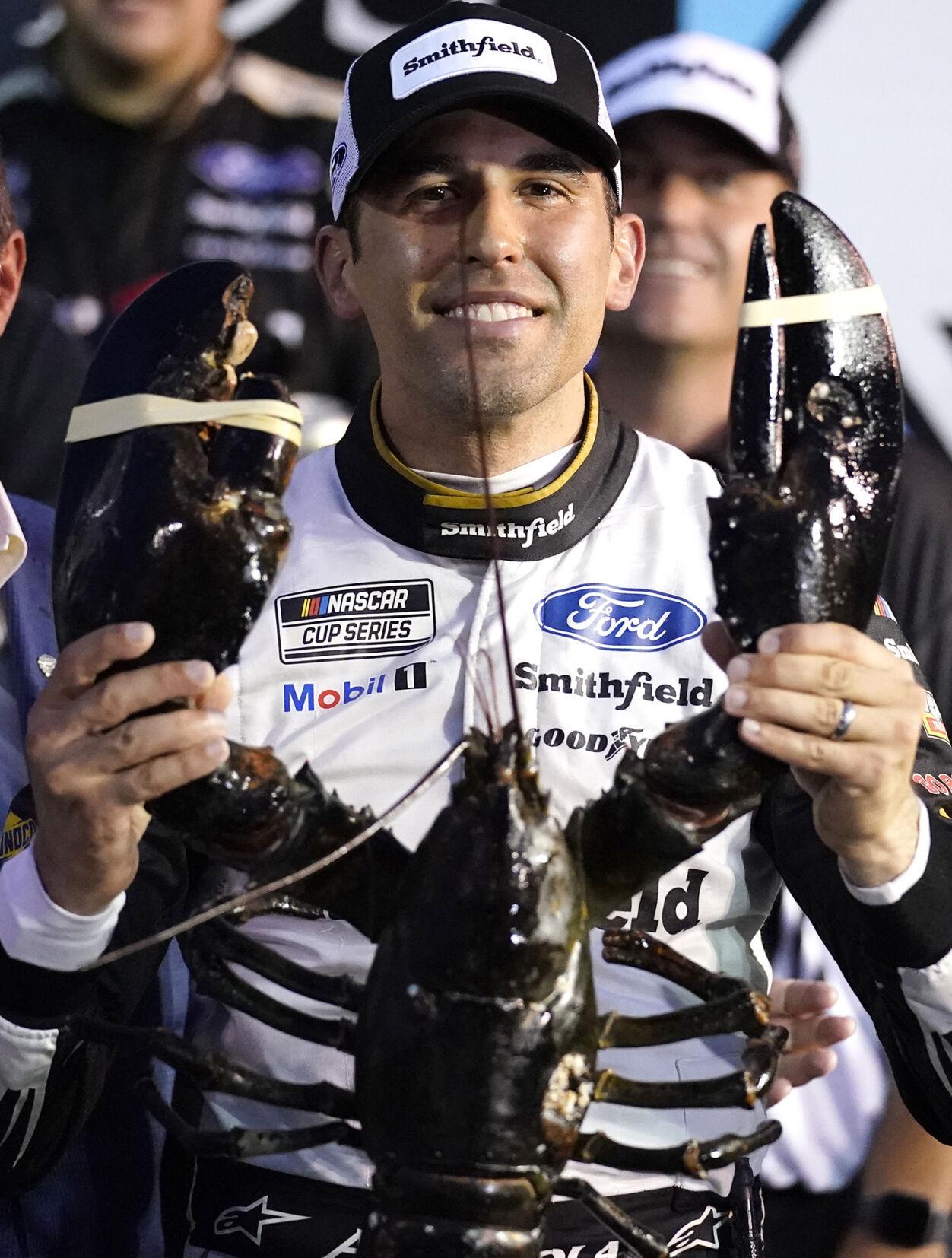