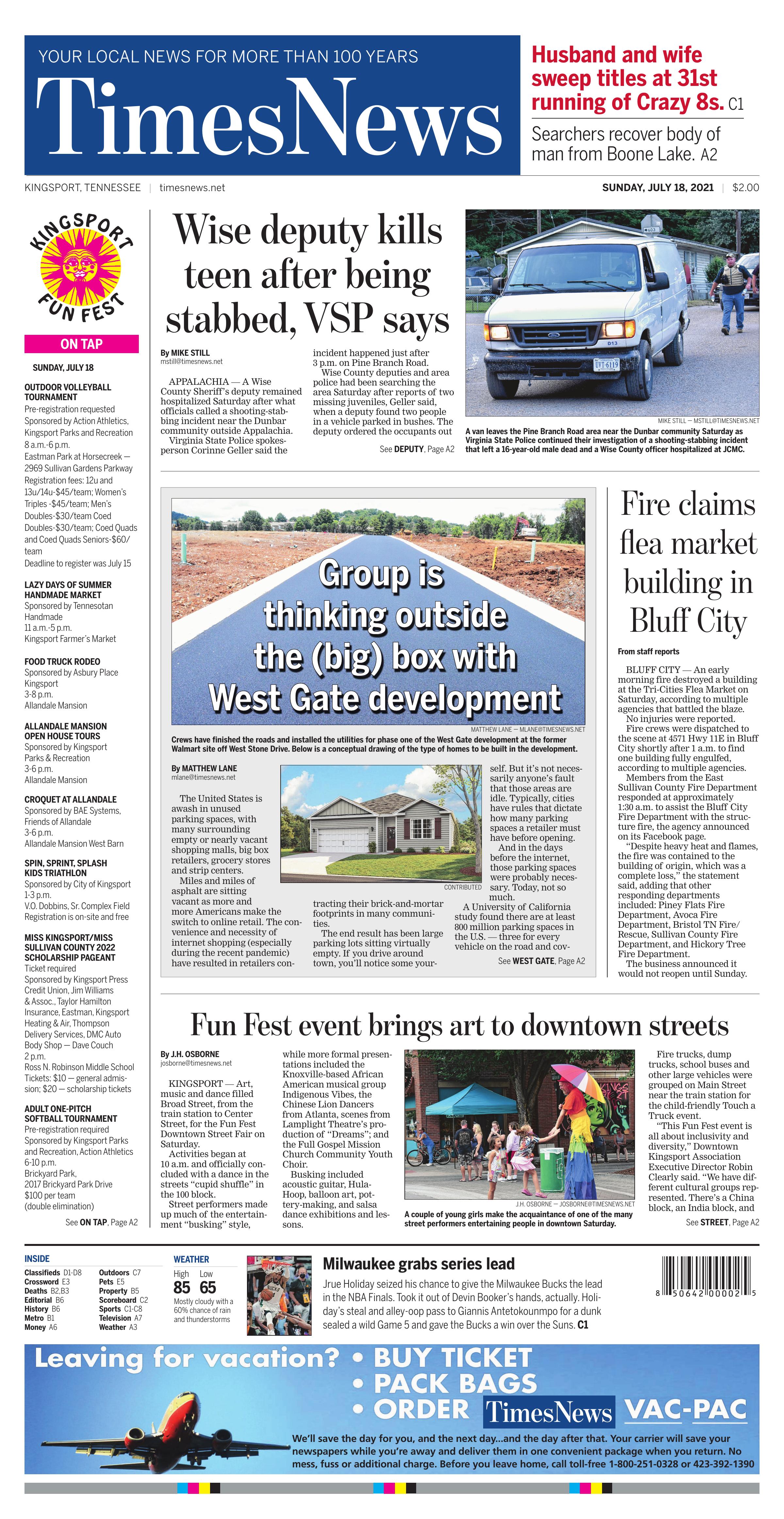 A van leaves the Pine Branch Road area near the Dunbar community Saturday as Virginia State Police continued their investigation of a shooting-stabbing incident that left a 16-year-old male dead and a Wise County officer hospitalized at JCMC.

A Wise County Sheriff's vehicle damaged after responding to a Saturday shooting-stabbing incident is parked near the Pine Branch Road intersection leading to the scene.

A vehicle is towed from the scene where a 16-year-old boy allegedly stabbed a Wise County Sheriff's deputy Saturday before the deputy shot and killed him.

APPALACHIA — A Wise County Sheriff’s deputy remained hospitalized Saturday after what officials called a shooting-stabbing incident near the Dunbar community outside Appalachia.

Wise County deputies and area police had been searching the area Saturday after reports of two missing juveniles, Geller said, when a deputy found two people in a vehicle parked in bushes. The deputy ordered the occupants out of the vehicle when a 16-year-old boy got out, fought with and stabbed the officer.

The deputy shot his attacker, who died at the scene, Geller said. The 13-year-old girl in the vehicle was not injured. Investigators found a knife at the scene, and the boy’s body was sent to the state medical examiner’s office in Roanoke.

“Our prayers are with those involved in the incident,” Wise County Commonwealth’s Attorney Chuck Slemp III said, adding that the Virginia State Police is handling the investigation.

Police responded from St. Paul, Wise, Norton, the Sheriff’s Department and State Police. Officers at the scene said the deputy was flown by helicopter to Johnson City Medical Center from a coal mine entrance site about four miles from Dunbar. Police blocked traffic to Dunbar until about 7 p.m.

An officer at the Pine Branch traffic checkpoint said the road used to be a busy coal haul road years ago that extended to the Eolia, Kentucky, area.

Crews have finished the roads and installed the utilities for phase one of the West Gate development.

Miles and miles of asphalt are sitting vacant as more and more Americans make the switch to online retail. The convenience and necessity of internet shopping (especially during the recent pandemic) have resulted in retailers contracting their brick-and-mortar footprints in many communities.

The end result has been large parking lots sitting virtually empty. If you drive around town, you’ll notice some yourself. But it’s not necessarily anyone’s fault that those areas are idle. Typically, cities have rules that dictate how many parking spaces a retailer must have before opening.

And in the days before the internet, those parking spaces were probably necessary. Today, not so much.

A University of California study found there are at least 800 million parking spaces in the U.S. — three for every vehicle on the road and covering a land mass of roughly 25,000 square miles. That’s about the same size as Massachusetts, Vermont, Connecticut and Rhode Island combined, said Jeff Fleming, the Move to Kingsport relocation manager for the Kingsport Chamber of Commerce.

“With the changes we’re seeing every single day when it comes to online shopping and delivery to your door, (large parking lots) are going to be less and less needed,” Fleming said. “So cities that come up with strategies to repurpose that land in a meaningful way are going to be successful in the long run.”

One prime example of unneeded parking in Kingsport can be found at the old Stonegate shopping center on Stone Drive. 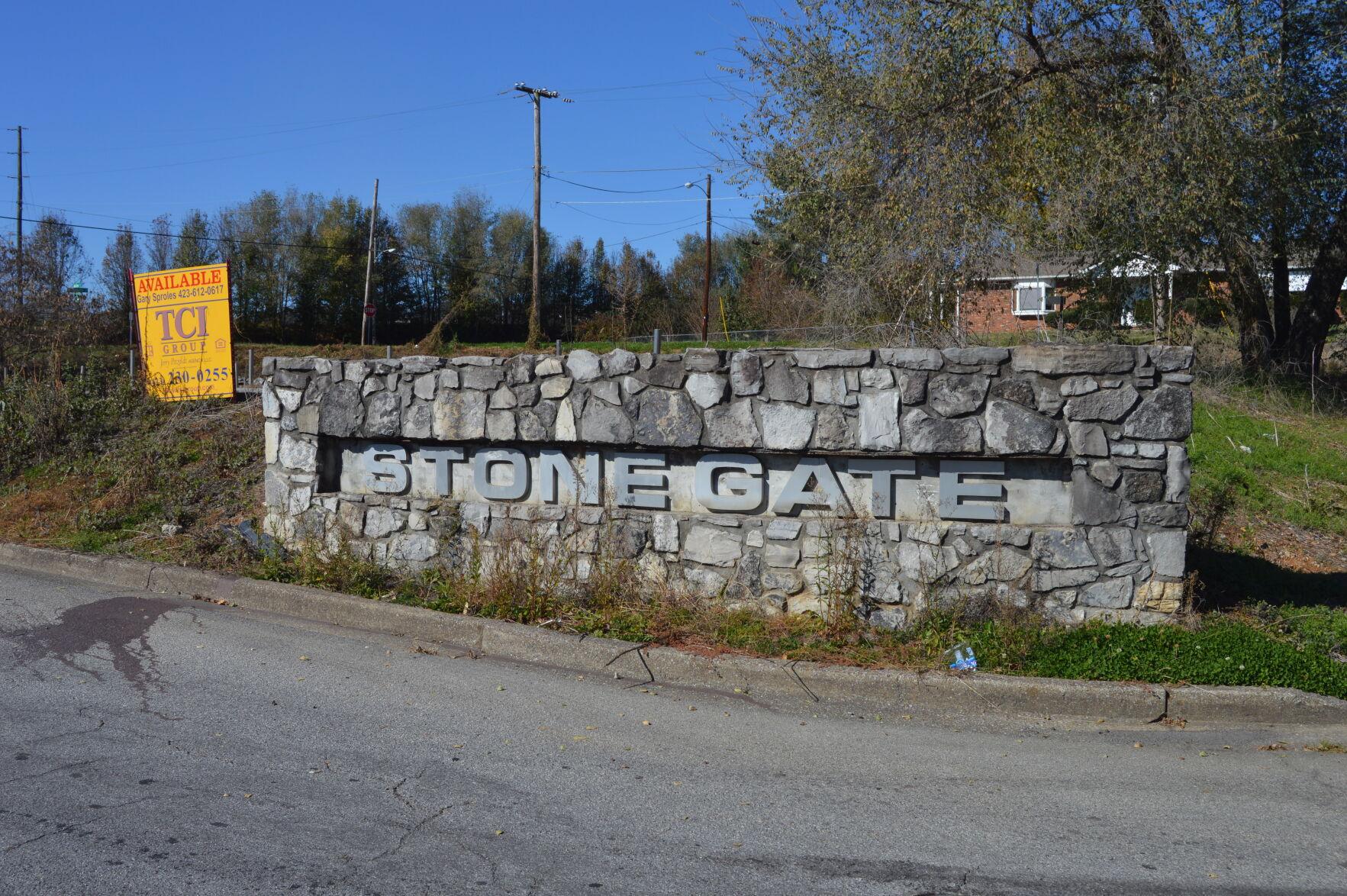 The old stone sign for the Stonegate Plaza shopping center is located near the entrance to the property. At one point, a car wash was located near this sign. According to the development plan, 16 townhomes will be built on the site of the old car wash.

A BLIGHT FOR DECADES

The 14-acre Stonegate site (once home to a Walmart) has sat empty for years and has been a blight on the neighborhood. Kingsport deemed it a redevelopment zone, thus opening it up for incentives, but for nearly two decades nothing happened.

Local developer Danny Karst, his wife, Carla, and Kingsport attorney Todd East have been working since April 2020 to create an $18 million residential development on the site. West Gate will include 76 single-family houses and 16 townhomes.

“This project has the potential to serve as a model for the redevelopment of former commercial sites, not only in Kingsport but across the country,” said City Manager Chris McCartt.

George Smith, chief engineer and designer on the West Gate development, said the first phase of the project has been completed. The engineering plans have been approved for the second phase, and the third phase plans have been submitted.

“Houses will start going up while we finish phases two and three. It’ll be right around the corner,” Smith said. 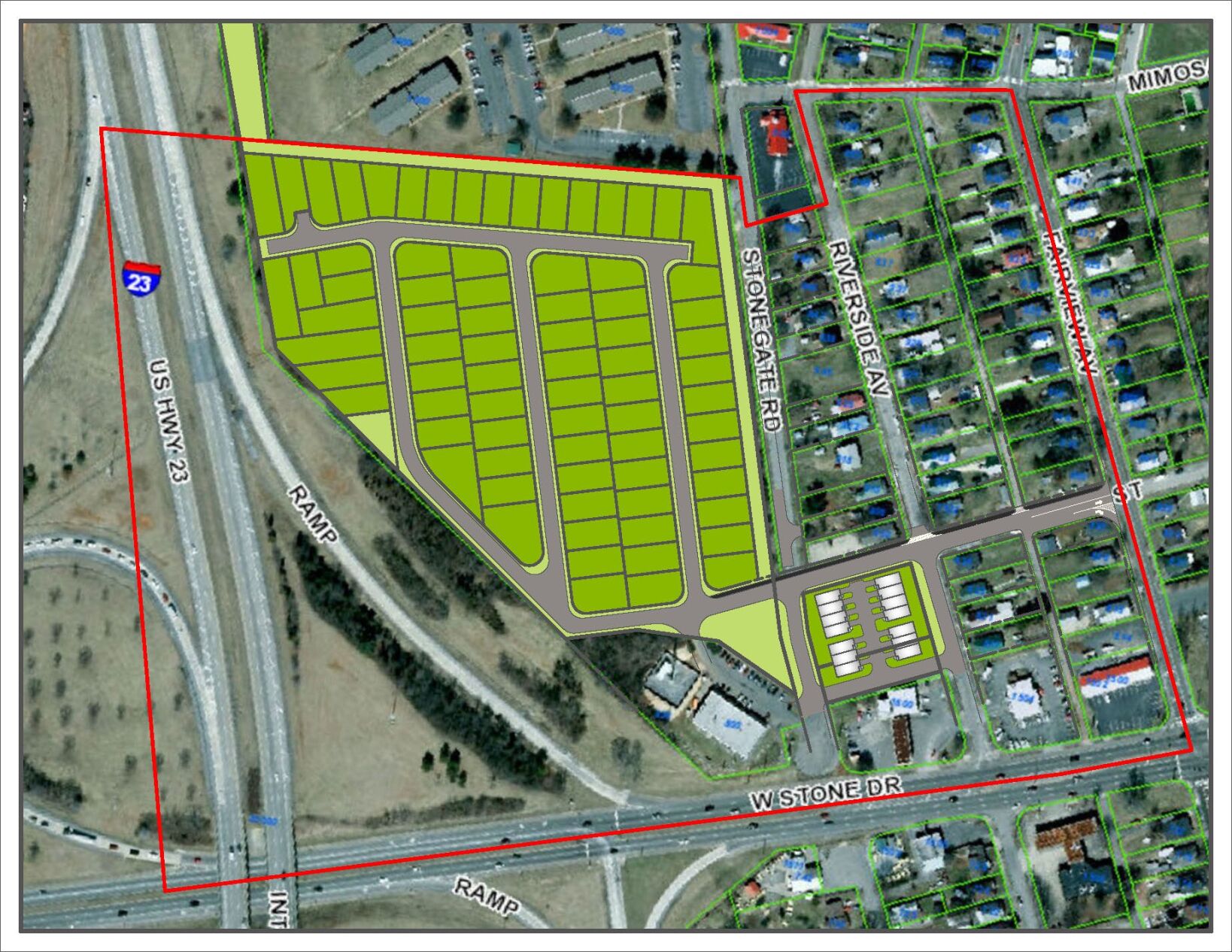 THE NEED FOR HOUSES

The housing market in Kingsport — like in many places across the country — is doing rather well. In fact, many local Realtors say the market is unlike anything they’ve ever seen.

In February, Kingsport had more than 600 housing lots in development. Two months later, that number jumped to more than 1,500, according to John Rose, economic development director for the city.

According to the initial plan, D.R. Horton — the largest homebuilder in America — had agreed to purchase all of the lots in the West Gate development as the phases came online with the last one planned for purchase in the June/July 2022 timeframe.

However, due to the current housing market in the U.S., that schedule has been changed.

“They weren’t supposed to take phase two until December or January. I got a call last month. They want it all by Oct. 15,” said Danny Karst. “We were not expecting that, so we’re going to get busy.” 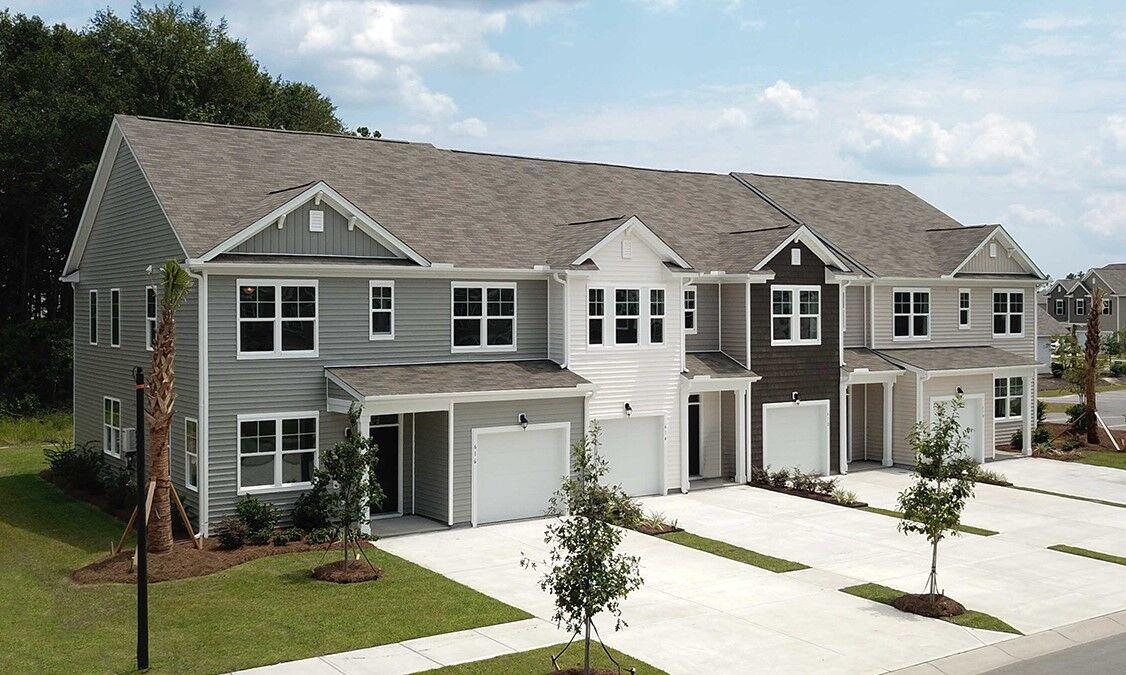 CHANGING WITH THE TIMES

Communities across the country are dealing with the same issue as cities in our region: How do you repurpose old big box retailers and large parking lots into new uses? Successful examples found elsewhere include turning such spaces into apartment complexes, public libraries, churches, schools, indoor racetracks and storage facilities.

Figuring out how to repurpose those buildings and parking lots is going to be very important public policy for the future, Fleming said. Using that space for housing could solve two problems at once. It meets a need and it allows for infill development within the city, as was done with the Skyland Falls development, at the old Dixon school site, and in the Ridgeway neighborhood.

“(Infill development) is much more cost effective for the city to provide services. If you can reuse property that’s already near existing housing, then you’re not having to drive miles out to the periphery,” Fleming said. “I applaud developers who are willing to take a risk, being creative, and willing to try this in Kingsport. Every city is facing this, and we’re fortunate we have someone from the private sector who stepped up with a willingness to do it here.” 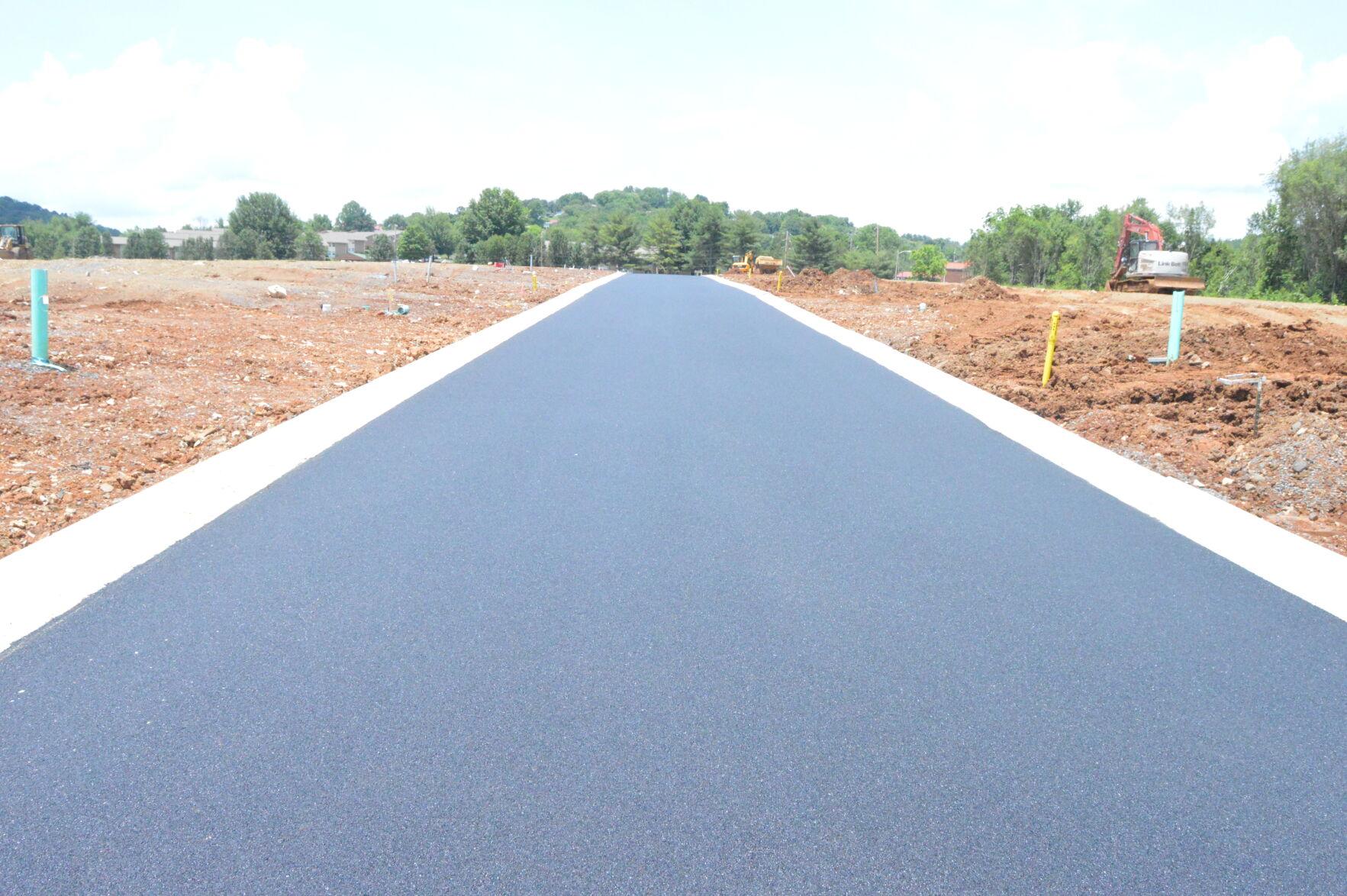 Crews have finished the roads and installed the utilities for phase one of the West Gate development at the former Walmart site off West Stone Drive. Below is a conceptual drawing of the type of homes to be built in the development.

A couple of young girls make the acquaintance of one of the many street performers entertaining people in downtown Saturday.

Activities began at 10 a.m. and officially concluded with a dance in the streets “cupid shuffle” in the 100 block.

Fire trucks, dump trucks, school buses and other large vehicles were grouped on Main Street near the train station for the child-friendly Touch a Truck event.

“This Fun Fest event is all about inclusivity and diversity,” Downtown Kingsport Association Executive Director Robin Clearly said. “We have different cultural groups represented. There’s a China block, an India block, and an African block, with others mixed in as well. The entertainment has included everything from clogging to the salsa lessons. This event brings out a great cross-section of the community. We have all sorts of folks out here and the entertainment and activities are meant to be an opportunity for people to see and hear some music, dance and other arts they’re not likely to see very often in their daily lives.”

Cleary said turnout for the event was high throughout the day.

Deadline to register was July 15

Sponsored by City of Kingsport 1-3 p.m.

Registration is on-site and free

Sponsored by: Archives of the City of Kingsport, Friends of the Archives, Downtown Kingsport Association July 16-24 Various times and locations Pick up forms at Fun Fest Store or Kingsport Public Library

BLUFF CITY — An early morning fire destroyed a building at the Tri-Cities Flea Market on Saturday, according to multiple agencies that battled… 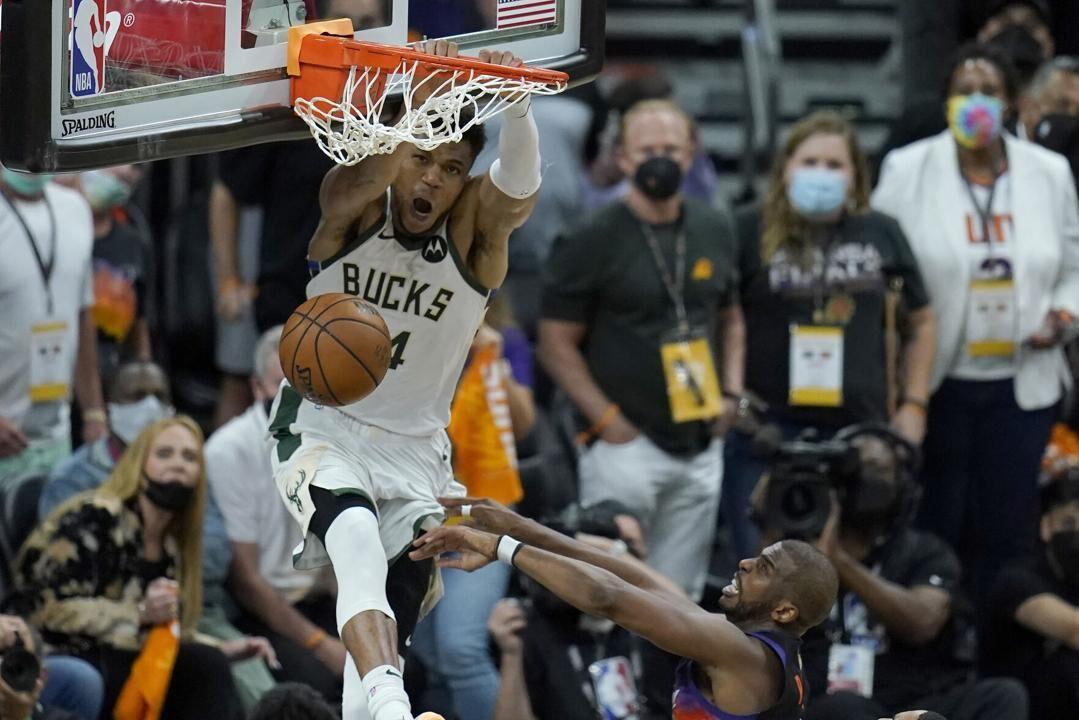