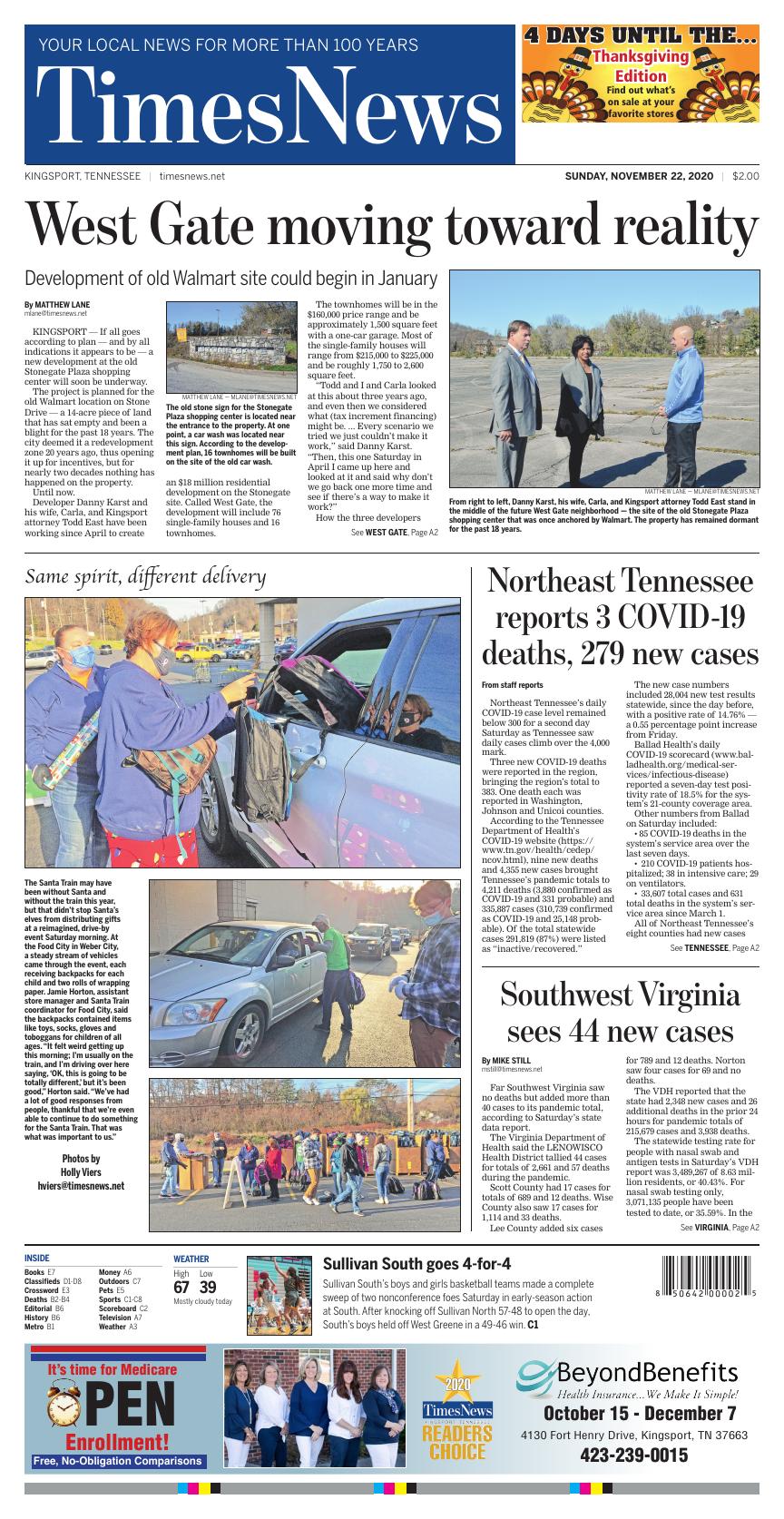 From right to left, Danny Karst, his wife, Carla, and Kingsport attorney Todd East stand in the middle of the future West Gate neighborhood — the site of the old Stonegate Plaza shopping center that was once anchored by Walmart. The property has remained dormant for the past 18 years.

The old stone sign for the Stonegate Plaza shopping center is located near the entrance to the property. At one point, a car wash was located near this sign. According to the develop- ment plan, 16 townhomes will be built on the site of the old car wash.

KINGSPORT — If all goes according to plan — and by all indications it appears to be — a new development at the old Stonegate Plaza shopping center will soon be underway.

The project is planned for the old Walmart location on Stone Drive — a 14-acre piece of land that has sat empty and been a blight for the past 18 years. The city deemed it a redevelopment zone 20 years ago, thus opening it up for incentives, but for nearly two decades nothing has happened on the property.

Developer Danny Karst and his wife, Carla, and Kingsport attorney Todd East have been working since April to create an $18 million residential development on the Stonegate site. Called West Gate, the development will include 76 single-family houses and 16 townhomes.

“Todd and I and Carla looked at this about three years ago, and even then we considered what (tax increment financing) might be. ... Every scenario we tried we just couldn’t make it work,” said Danny Karst. “Then, this one Saturday in April I came up here and looked at it and said why don’t we go back one more time and see if there’s a way to make it work?”

How the three developers were able to make the project work is through tax increment financing, or TIF for short.

The way TIF works is the Kingsport Housing and Redevelopment Authority takes the projected growth in property taxes on a project and uses that money to secure a loan. That loan is then granted to the property owner, with the proceeds helping offset the cost of the project.

Housing authorities are authorized to use TIF only within a redevelopment area to remove, prevent or reduce blight, and the money secured is often used for demolition or infrastructure improvements. In Kingsport, TIF has previously been used to help with the new Food City shopping center on Eastman Road and East Stone Commons on the site of the old Kingsport Mall.

With the West Gate project, the developers are seeking $1.2 million in TIF to be repaid within 15 years.

The reason for seeking TIF is because there are some extraordinary expenses associated with the project, Danny Karst said. These include an 8-foot-tall fence around the property (because of the proximity to Highway 11-W and Interstate 26), installing sidewalks outside the development and doing roadway improvements where the entrance/exit connects to Clinton Street.

Other proposed improvements to the property include the removal of existing asphalt, grading, installation of stormwater and utilities, construction of roads, landscaping, lighting and other related amenities.

The Kingsport Board of Mayor and Aldermen recently rezoned the property to accommodate the development and heard a presentation from the KHRA on how TIF works and would apply to this particular development.

Last week, the Sullivan County Commission also heard a presentation on the project and was expected to vote on the TIF matter on first reading Thursday evening. However, Commissioner Hunter Locke, the sponsor of the TIF measure, waived the two-reading rule on Thursday and took the matter to the floor.

That meant a supermajority of the commission needed to vote “yes” to approve the measure on one reading. It was approved 21-1 with two members absent.

“I originally had it on first reading and we wouldn’t have taken a vote, but with further discussion I knew we had the votes,” Locke said. “So I waived the rules and took the vote (Thursday night) and got it passed. I felt it wasn’t necessary to keep it on the agenda for the same outcome next month.”

Commissioner Dwight King cast the lone “no” vote against the TIF measure.

“We’re getting so much TIF money out that it’s taken a big chunk out of our budget. The shape we’re in with schools and now a jail, I just feel like it’s time to cut this stuff out. We can’t afford it,” King said.

According to information provided to the city and county, neither Kingsport nor Sullivan County is responsible for the loan and will continue to receive property taxes from the development. A portion of the new taxes generated is dedicated to help pay off the loan, and ultimately the developer is responsible for any shortfall in revenues.

WHERE THE PROJECT STANDS

The Kingsport BMA is expected to consider the TIF measure at its next meeting in December. If it’s approved, Danny Karst said work on the West Gate development could start as early as the first week in January.

It would be a three-phase project that Karst hopes could be finished in approximately 30 months.

“There is a (housing) need and (the project) needs a little extra push to drive it to a safe harbor,” Karst said. “You have to believe one thing when you’re developing: that some (people) are packing their bags and are on their way ... that they’re coming to meet you. You have to believe that to a certain amount to try and develop any property, that customers and residents are on their way to meet us.”

The Karsts have been involved in projects in the Model City since roughly 2006 with the development of the Edinburgh neighborhood in Rock Springs. Other projects on their resume include Riverwatch on Netherland Inn Road, Gibson Springs off Rock Springs Road and the development in Allandale that includes an Eastman Credit Union and Weigel’s gas station. 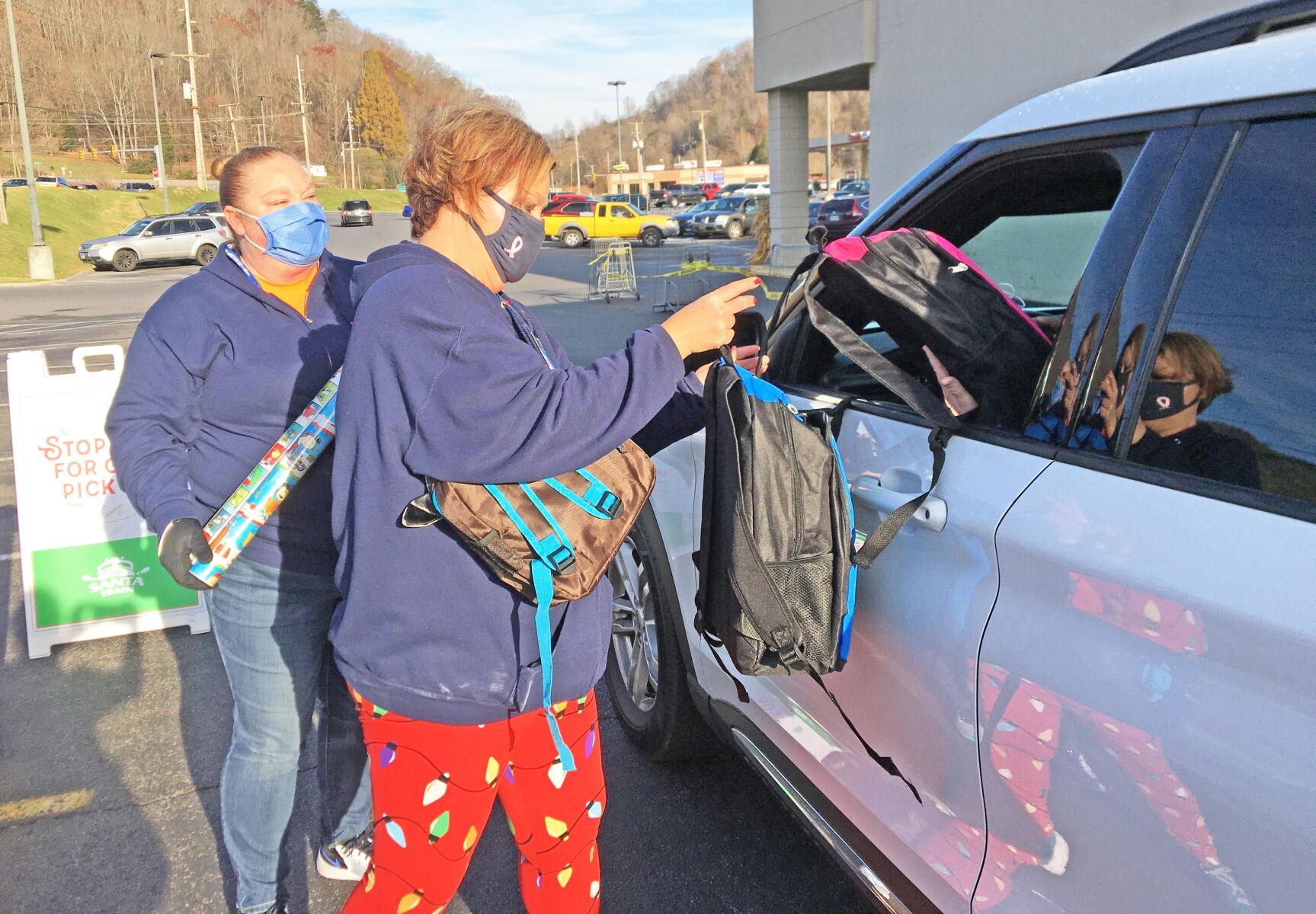 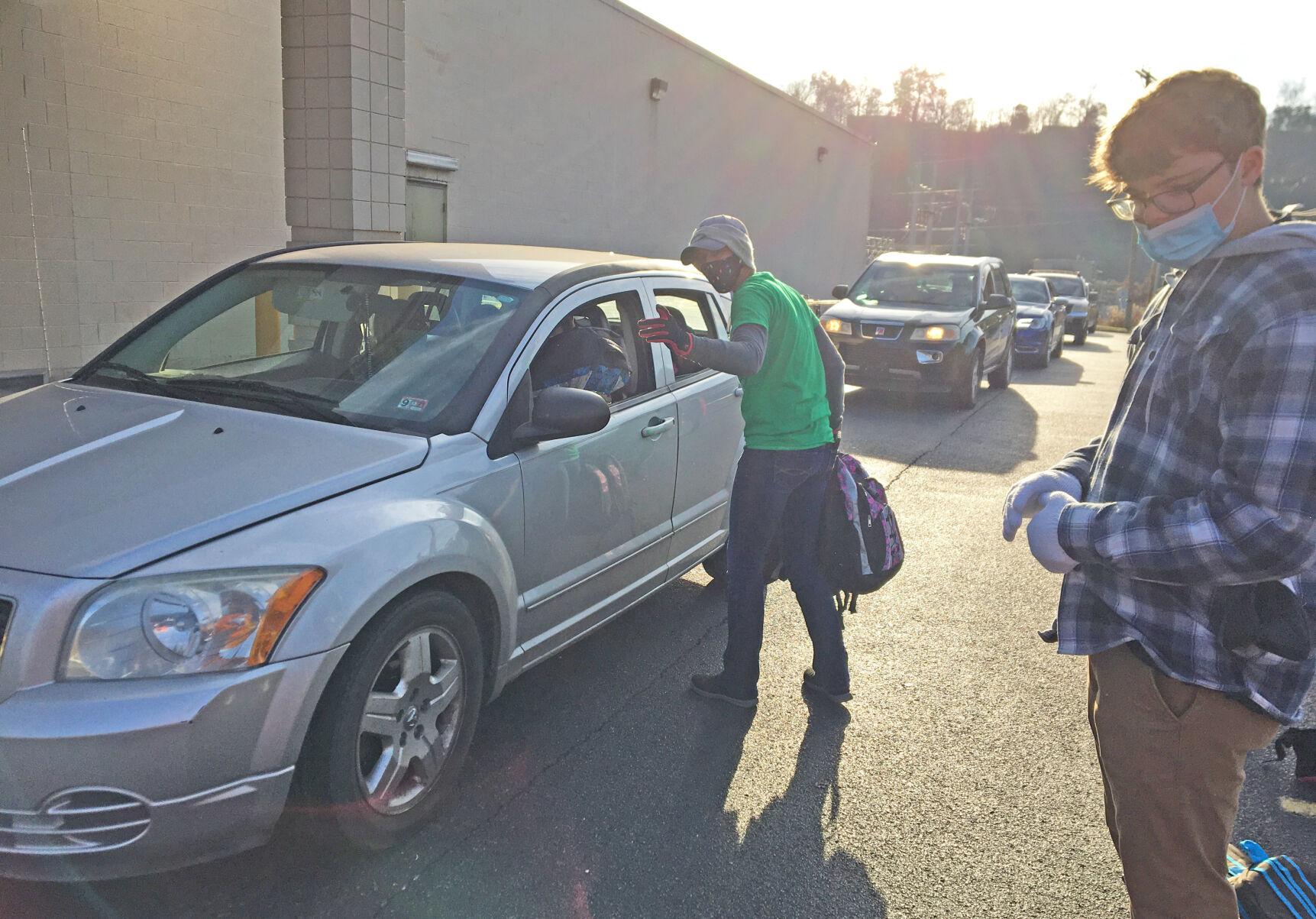 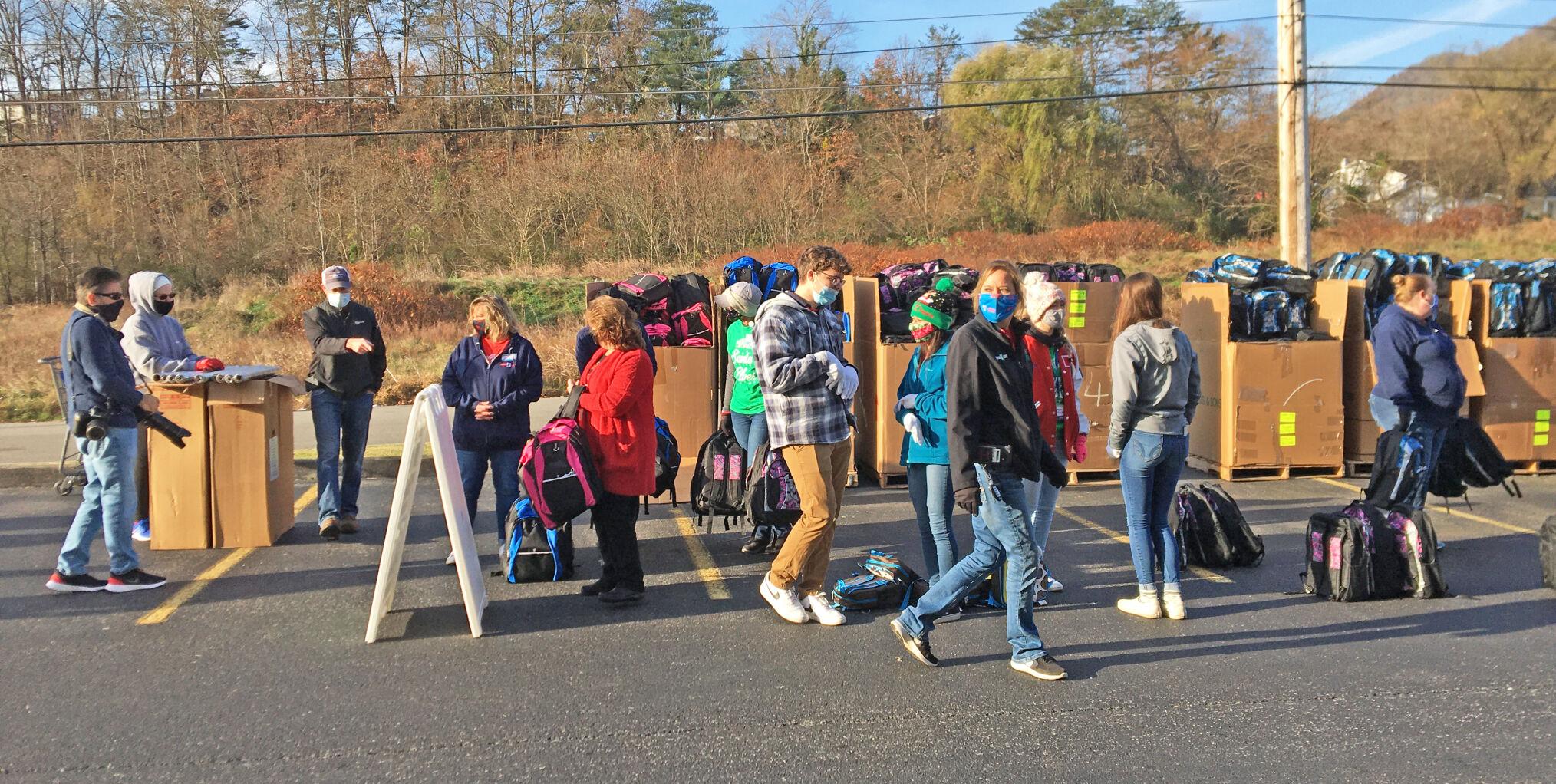 Three new COVID-19 deaths were reported in the region, bringing the region’s total to 383. One death each was reported in Washington, Johnson and Unicoi counties.

The new case numbers included 28,004 new test results statewide, since the day before, with a positive rate of 14.76% — a 0.55 percentage point increase from Friday.

Other numbers from Ballad on Saturday included:

• 85 COVID-19 deaths in the system’s service area over the last seven days.

All of Northeast Tennessee’s eight counties had new cases reported Saturday, according to TDH, for a total of 279 new cases. Cases by county: 100 in Sullivan; 77 in Washington; 26 in Greene; 21 in Carter; 22 in Hawkins; 26 in Unicoi; five in Johnson; and two in Hancock.

Far Southwest Virginia saw no deaths but added more than 40 cases to its pandemic total, according to Saturday’s state data report.

The Virginia Department of Health said the LENOWISCO Health District tallied 44 cases for totals of 2,661 and 57 deaths during the pandemic.

Lee County added six cases for 789 and 12 deaths. Norton saw four cases for 69 and no deaths.

Red Onion State Prison remained at 20 inmate cases and added a case for one active staff/contractor cases, according to the Virginia Department of Corrections.

The seven-day average rate of positive PCR test results in the LENOWISCO district in Saturday’s report rose from 16.9% to 18.6%. The statewide positivity rate decreased from 7% to 6.8%.

According to Saturday’s VDH pandemic measures dashboard, daily case incidence in the far southwest region of Virginia — including the LENOWISCO Health District — were ranked as fluctuating after a four-day decrease in daily cases.

The far southwest region ranking for percent positivity of COVID-19 testing results remained increasing based on a 46-day increase in that measure.

In Southwest Virginia, online resources are available to help evaluate whether residents might be infected and where to get a COVID-19 test. The Virginia Department of Health’s COVIDCHECK (https://www.vdh.virginia.gov/coronavirus/covidcheck/) can walk users through symptoms they may be experiencing and help direct them to their local health department office or other available testing sites. 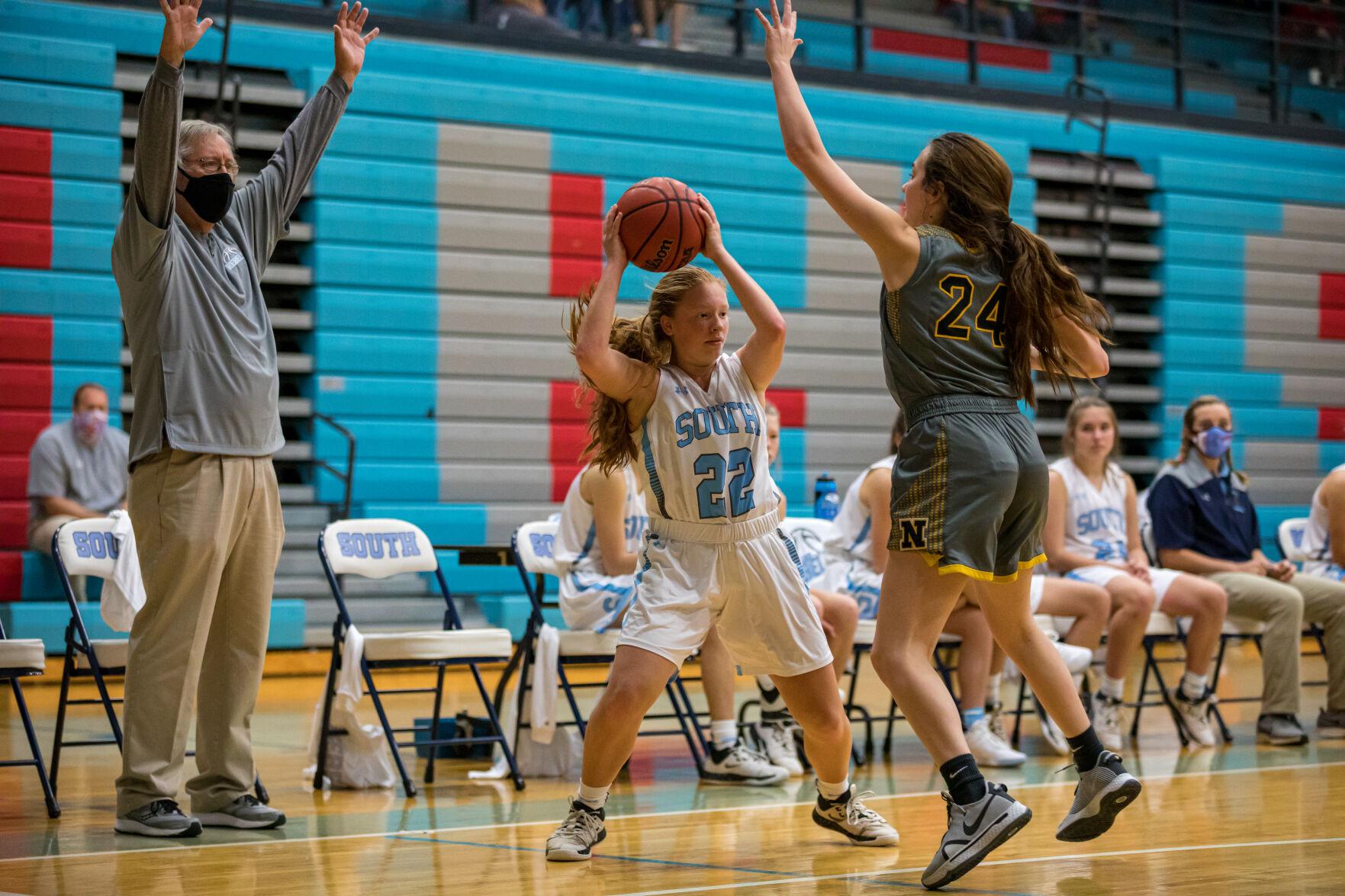 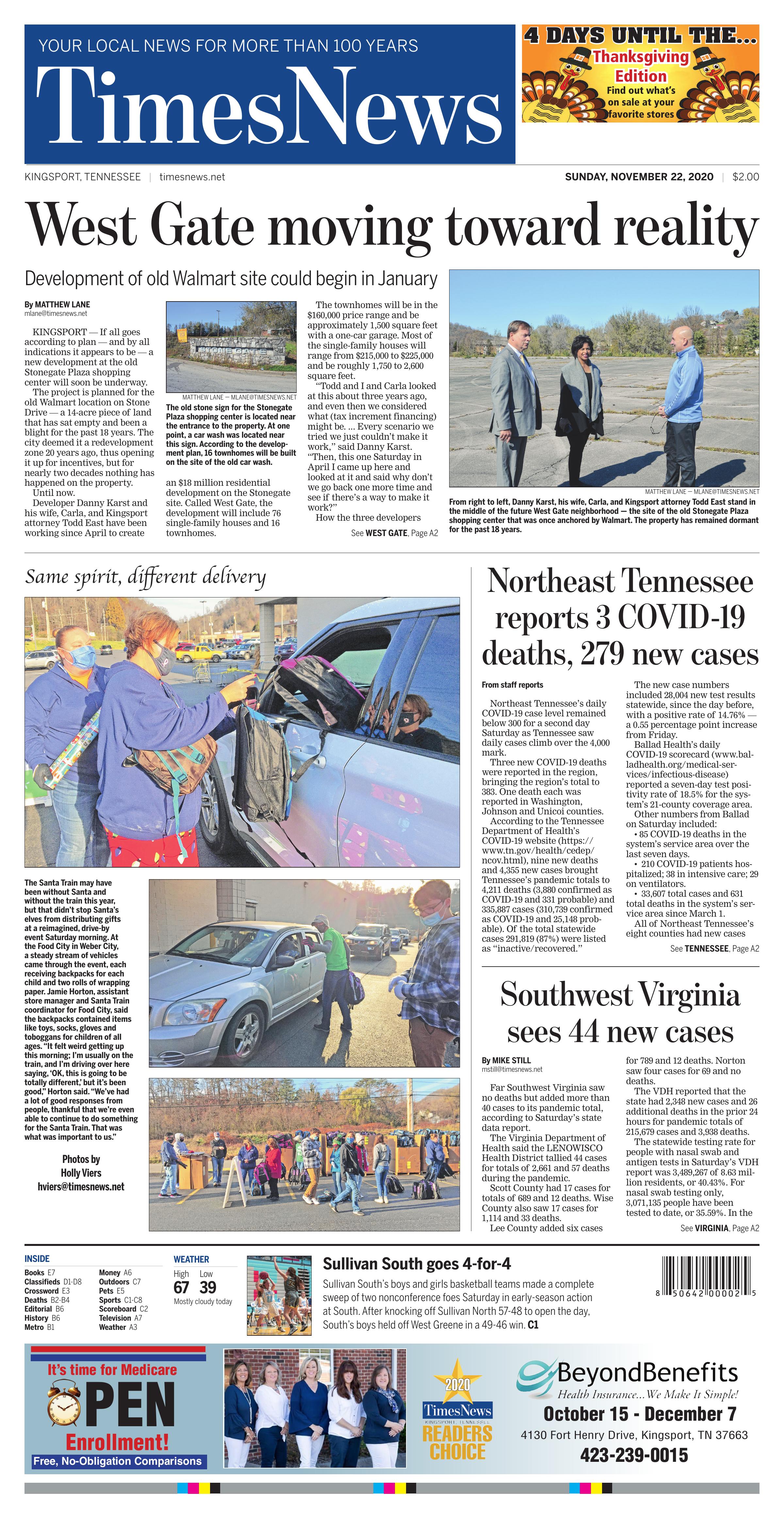