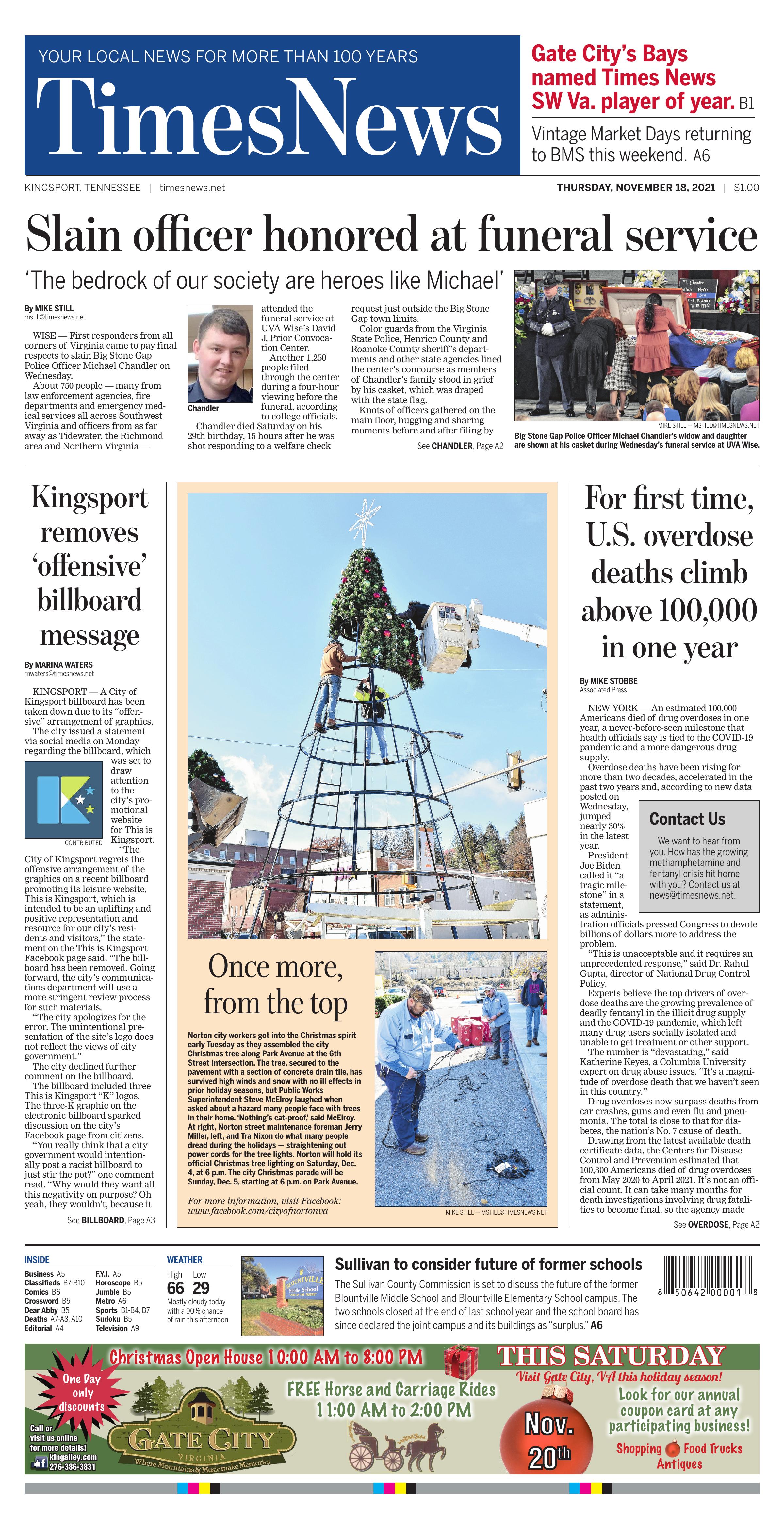 Photo of Michael Chandler, his wife Natasha and daughter Kamryn.

About 750 people — many from law enforcement agencies, fire departments and emergency medical services all across Southwest Virginia and officers from as far away as Tidewater, the Richmond area and Northern Virginia — attended the funeral service at UVA Wise’s David J. Prior Convoca- tion Center.

Another 1,250 people filed through the center during a four-hour viewing before the funeral, according to college officials.

Chandler died Saturday on his 29th birthday, 15 hours after he was shot responding to a welfare check request just outside the Big Stone Gap town limits.

Color guards from the Virginia State Police, Henrico County and Roanoke County sheriff’s departments and other state agencies lined the center’s concourse as members of Chandler’s family stood in grief by his casket, which was draped with the state flag.

Knots of officers gathered on the main floor, hugging and sharing moments before and after filing by the casket, which was flanked by wreaths, photos of Chandler and his family, gifts, and Chandler’s police uniform and fire department turnout gear.

“It’s hard at times like this,” said Wise Police Chief Danny French said during the viewing. “You meet with people you’ve known and worked with under circumstances like this, and you appreciate what they mean to you.”

Pastor Wayne Bagley — also Chandler’s cousin — told how Chandler asked him less than a month ago to officiate at his wedding to Wise County Deputy Natasha Smith.

Sears related how she, as a General Assembly delegate two decades ago, rode along with a police officer to see what law enforcement experiences.

Saying that, as a Marine, she was used to fighting with a helmet, armor, rifle and other military equipment, she added, “He didn’t have any of that.”

“Your husband was supposed to come home that night,” Sears said to Chandler’s widow. “Instead, he went home to be with the Lord.”

“The bedrock of our society are heroes like Michael,” Miyares said, calling his sacrifice the “burden of the badge.”

“The reality is that Michael Chandler was one of the most noble men Virginia has produced, a son of Virginia,” Miyares added.

Kilgore called the public display of concern for Chandler and his family “a testament to a job well done.”

Slemp, who is also part of the investigation into Chandler’s shooting, told how Chandler was devoted to his family, to his job, and to helping prosecutors.

“When officers come to court, often they’ve stayed up all night before,” Slemp said, pointing to his frequent willingness to work with prosecutors in testimony and evidence discovery. “He was called to serve this community and he did it with a smile on his face.

“The person responsible for this tragedy will not escape justice,” Slemp said.

“He was an excellent husband, father and friend that we couldn’t replace,” Big Stone Gap Town Manager Steve Lawson said of Chandler.

“There are no words I can say to make it better, but Michael was a blessing to the department,” said Hamm. “Tasha, Kam (Chandler’s daughter), he loved you with all his heart.”

A private graveside service will be held Thursday at Powell Valley Memorial Gardens, with a procession assembling at Bullitt Park in Big Stone Gap starting at 9 a.m. and leaving for the cemetery at 11. People wanting to show their respects are asked to line sidewalks to Wood Avenue and to the procession route along Powell Valley Road. 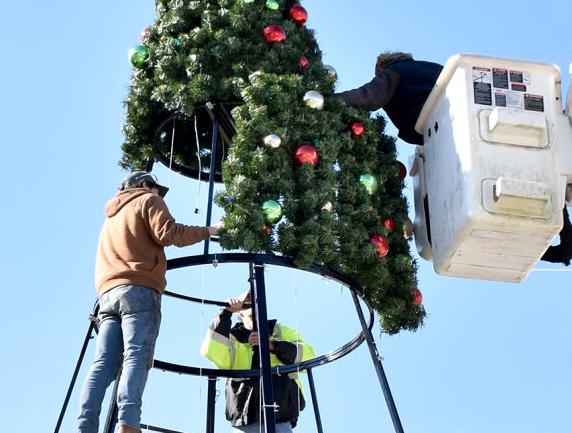 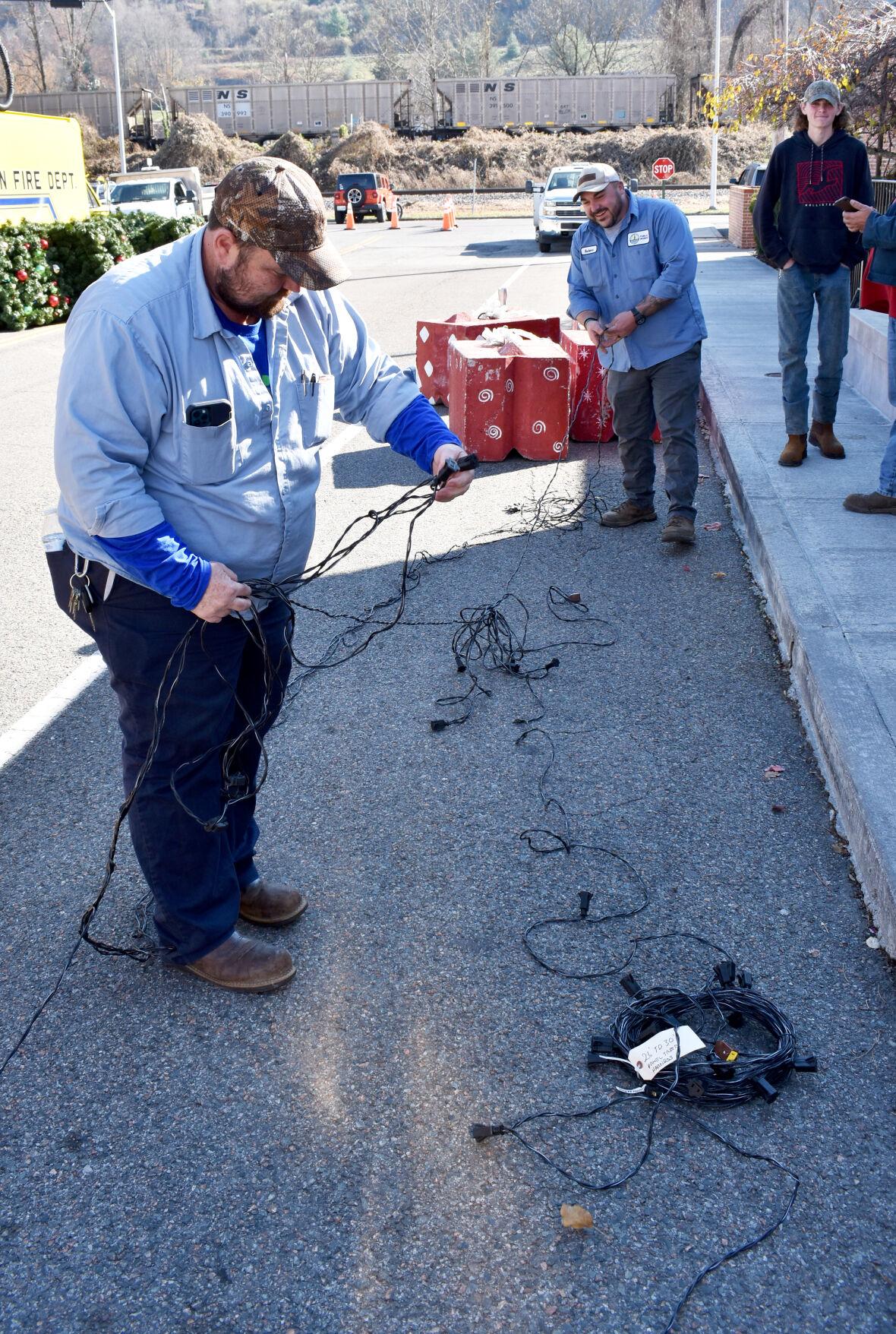 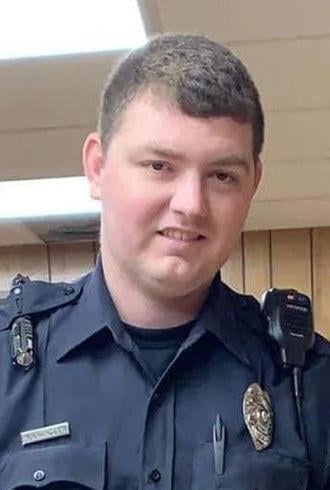 KINGSPORT — A City of Kingsport billboard has been taken down due to its “offensive” arrangement of graphics.

The city issued a statement via social media on Monday regarding the billboard, which was set to draw attention to the city’s promotional website for This is Kingsport.

“The City of Kingsport regrets the offensive arrangement of the graphics on a recent billboard promoting its leisure website, This is Kingsport, which is intended to be an uplifting and positive representation and resource for our city’s residents and visitors,” the statement on the This is Kingsport Facebook page said. “The billboard has been removed. Going forward, the city’s communications department will use a more stringent review process for such materials.

“The city apologizes for the error. The unintentional presentation of the site’s logo does not reflect the views of city government.”

The billboard included three This is Kingsport “K” logos. The three-K graphic on the electronic billboard sparked discussion on the city’s Facebook page from citizens.

“You really think that a city government would intentionally post a racist billboard to just stir the pot?” one comment read. “Why would they want all this negativity on purpose? Oh yeah, they wouldn’t, because it wasn’t on purpose. I know there is racism in this town and this country, but this isn’t an intentional example of that.”

Others said the billboard proved the “micro-aggressive, racist attitudes of non-people of color in Kingsport.” Another commented, “Great, you fixed the aesthetics. Now fix the system.”

Other Facebook users argued that the city’s workforce should be more diverse.

“I would like to see more diversity and inclusivity in these departments!” one comment said. “It will greatly reduce the chance that these things can slip by and diversity should be commonplace anyways.

“Maybe there should be more diversity in the building to help with this process. Just a thought.” The commenter continued, “... A panel of all different races that could be as simple as an email chain.”

The This is Kingsport Campaign is designed to support Kingsport as a whole, including the resources regarding arts, entertainment, education, events, businesses and more.

For more information, go to http://www.thisiskingsport.com/.

We want to hear from you. How has the growing methamphetamine and fentanyl crisis hit home with you? Contact us at news@timesnews.net. 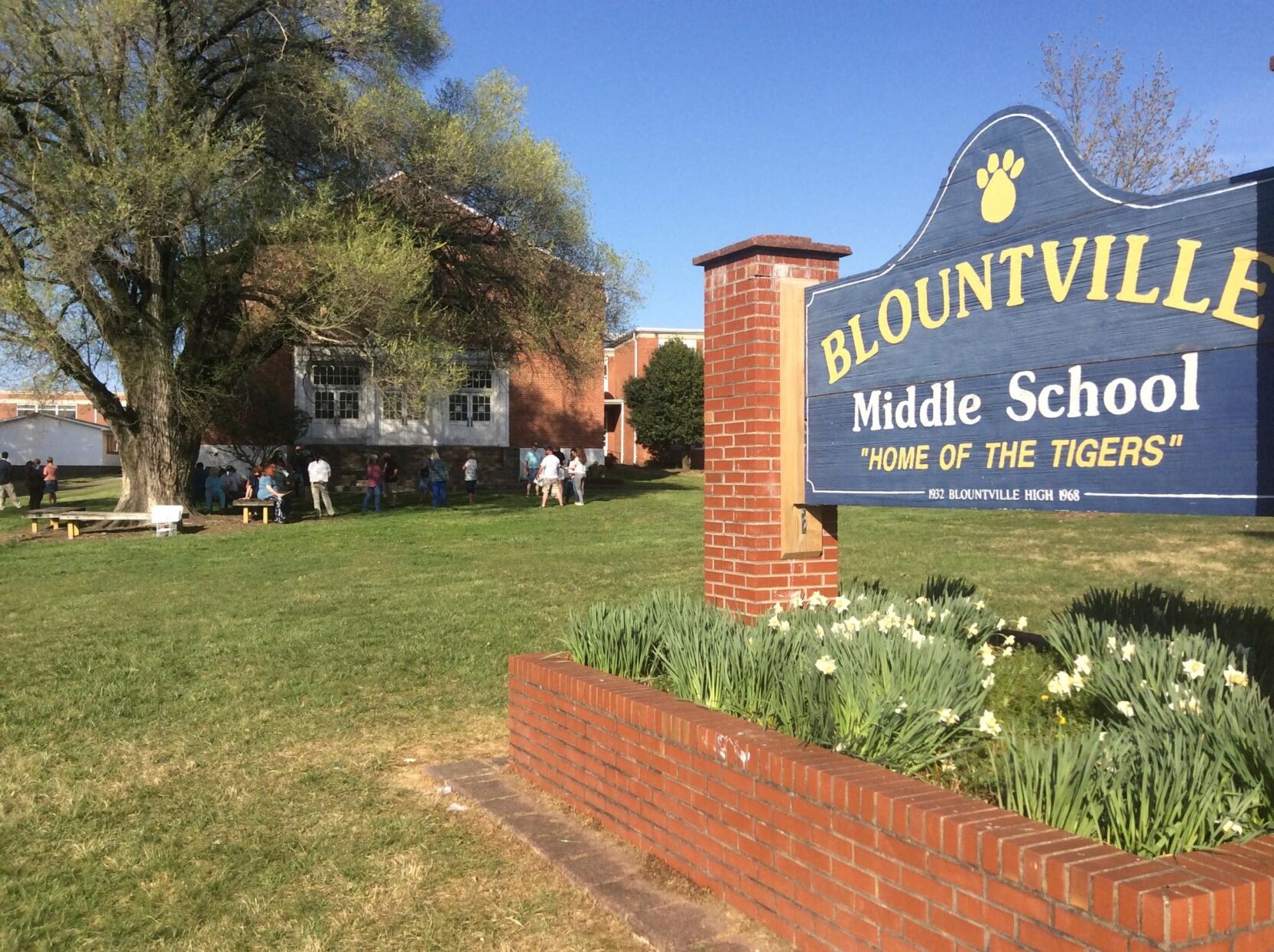 The Blountville Middle/Elementary schools campus is among up to 11 pieces of property that may be sold or disposed of by the Sullivan County public school system.