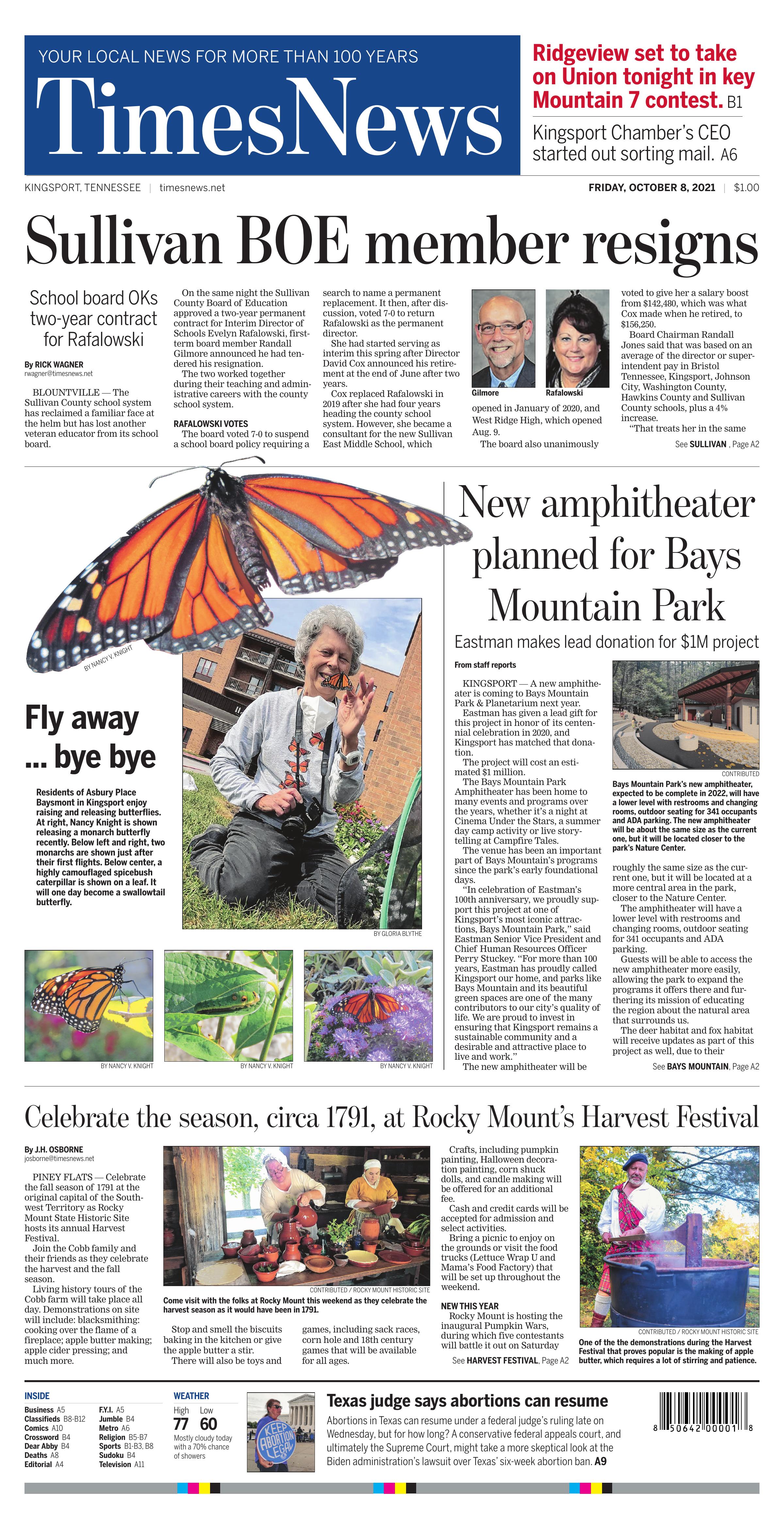 In this file photo, Sullivan County Board of Education Vice Chairman Matthew Spivey, left, and board member Randall Gilmore talk before the board’s meeting on July 20.

BLOUNTVILLE — The Sullivan County school system has reclaimed a familiar face at the helm but has lost another veteran educator from its school board.

On the same night the Sullivan County Board of Education approved a two-year permanent contract for Interim Director of Schools Evelyn Rafalowski, first-term board member Randall Gilmore announced he had tendered his resignation.

The two worked together during their teaching and administrative careers with the county school system.

The board voted 7-0 to suspend a school board policy requiring a search to name a permanent replacement. It then, after discussion, voted 7-0 to return Rafalowski as the permanent director.

She had started serving as interim this spring after Director David Cox announced his retirement at the end of June after two years.

Cox replaced Rafalowski in 2019 after she had four years heading the county school system. However, she became a consultant for the new Sullivan East Middle School, which opened in January of 2020, and West Ridge High, which opened Aug. 9.

Board Chairman Randall Jones said that was based on an average of the director or superintendent pay in Bristol Tennessee, Kingsport, Johnson City, Washington County, Hawkins County and Sullivan County schools, plus a 4% increase.

“That treats her in the same way we treated the teachers,” Jones said. It was the same formula used to give Sullivan County teachers a pay boost in the 2021-22 budget.

Rafalowski has more than 40 years of experience in the school system, dating back to the old Lynn View High School her first year, and she graduated from the old Sullivan West High School.

Rafalowski went to work in the central office in 1999.

“It is humbling and it is a difficult position,” she said. “Hopefully, I will be able to build and make you proud of our school system.”

“I have to resign effective today,” Gilmore said near the end of the meeting of his moving into another school board district. “Everybody on the board comes from a different perspective and has a different skillset.”

After the meeting, he said he turned resignation letters into the offices of County Mayor Richard Venable and the school system.

He served as a teacher — mostly in Sullivan County and a short time in Bristol, Tennessee.

Gilmore has been a principal, teacher and coach and served in what was then four high school zones.

“The vacancy will be filled by the County Commission,” Jones said of a temporary appointment until the August 2022 election.

Jones, board member Mary Rouse, a former principal who served with Gilmore, member Michael Hughes and Rafalowski spoke highly of Gilmore, with Rafalowski calling him one of the most talented teachers she has known.

Gilmore served three years and one month on the board after his election in August 2018.

“Thank you for the opportunity to serve,” Gilmore said.

IN OTHER ACTION, THE BOARD:

• Voted 7-0 to reappoint Jones to another one-year term as chairman and 5-1 with one abstaining to appoint Hughes, a former chairman, as vice chairman.

Board member Paul Robinson nominated and voted for Matthew Spivey, vice chairman for the past 12 months, while Spivey abstained.

• Unanimously approved a 2022-23 school calendar that includes the top three choices from an online survey with more than 900 respondents.

Those were a five-day fall break, getting the Wednesday before Thanksgiving off and starting school on Aug. 8, according to Assistant Director of Schools Angie Buckles.

• Approved the sale of the old Paperville School property, an overgrown and vacant lot of more than two acres off Old Jonesborough Road in Bristol, for the lone bid of $2,001.

• Approved a resolution asking the County Commission to seek a Tennessee traffic study for Weaver Pike at Sullivan East High School, including a possible turn lane and traffic light, as requested by East Principal Andy Hare.

• Approved Change Order No. 11 for West Ridge, which Rafalowski said was housekeeping matters. It is not to exceed $79,125.99. 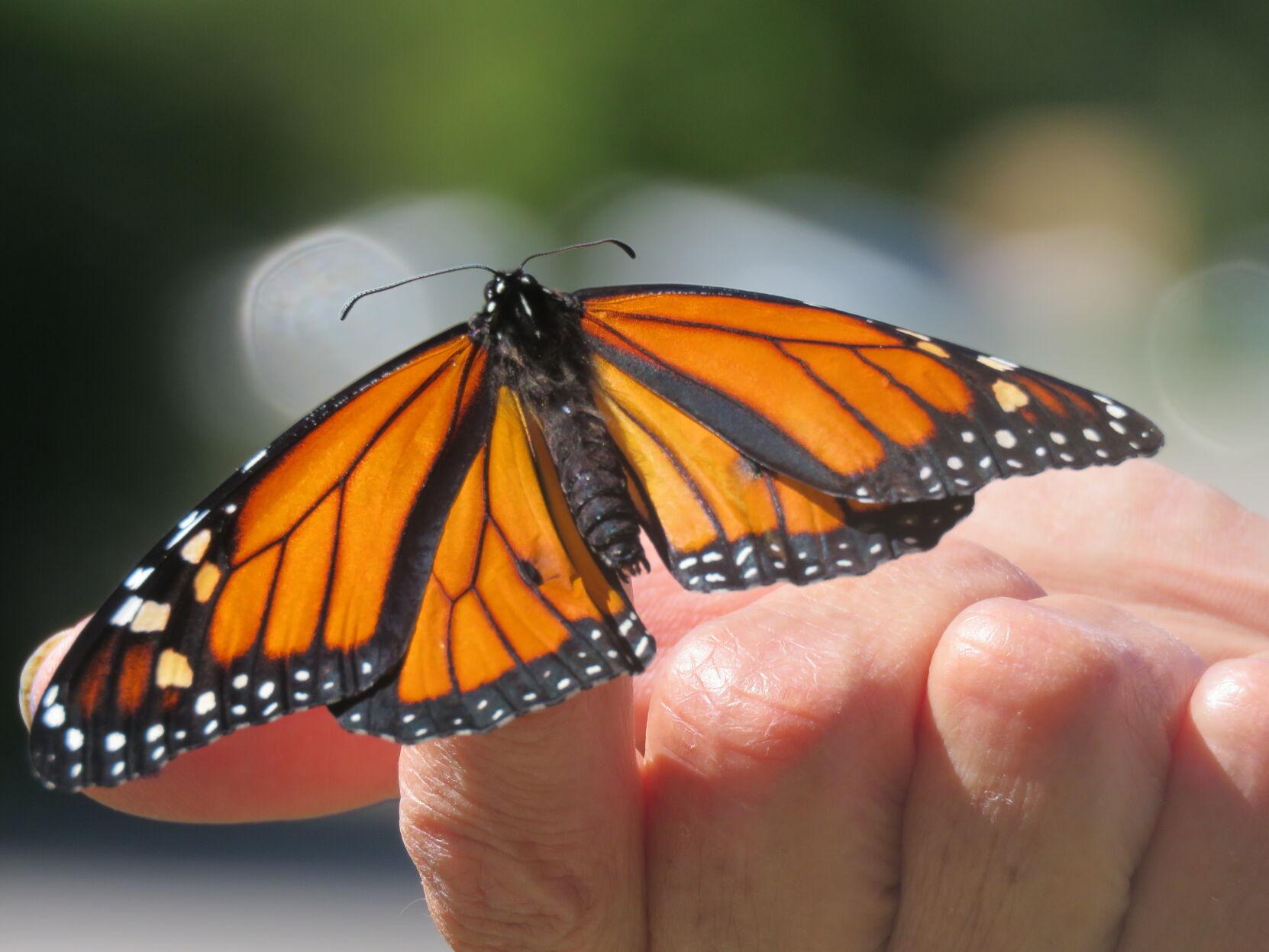 Monarchs being released, and two just after their first fligh 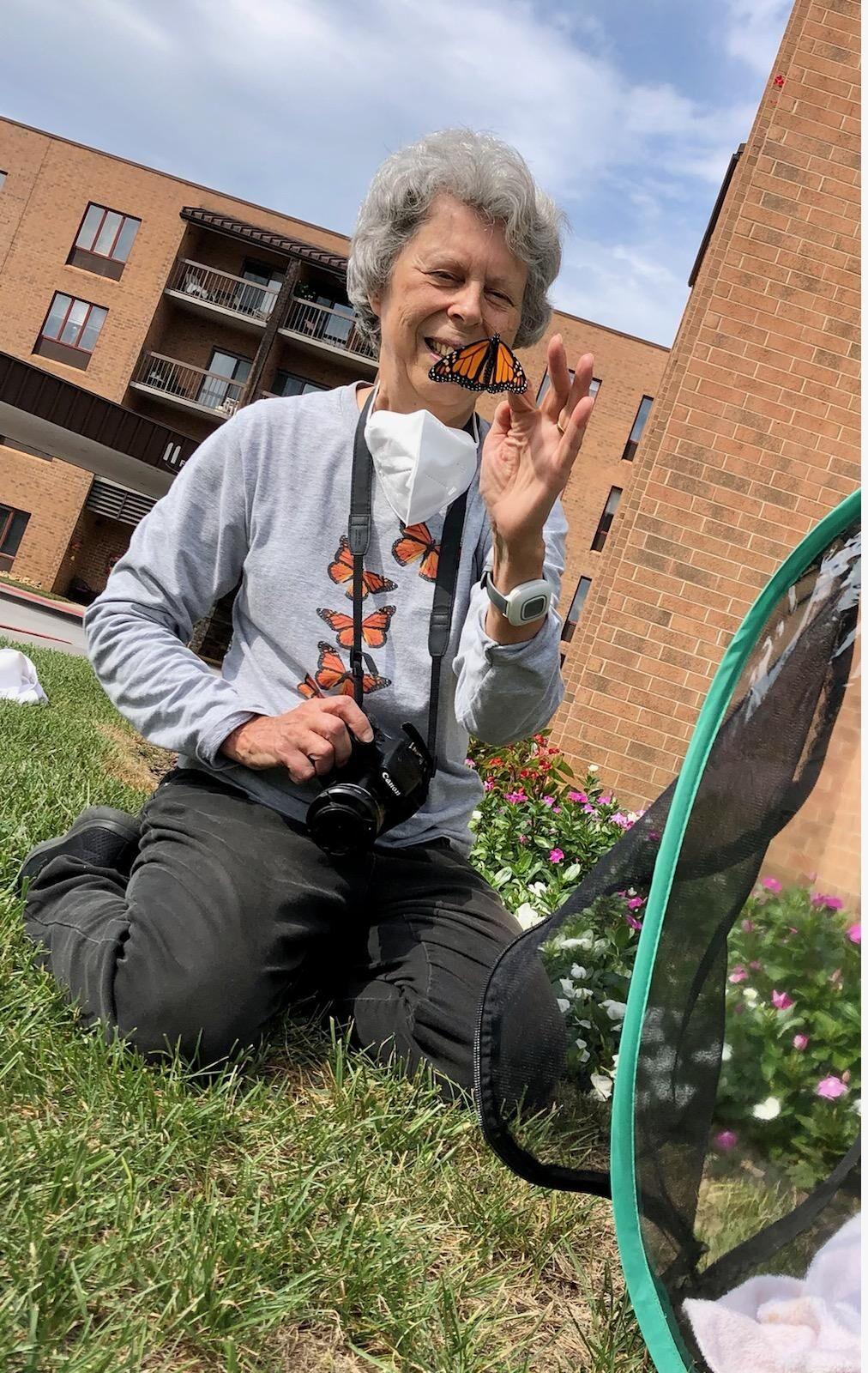 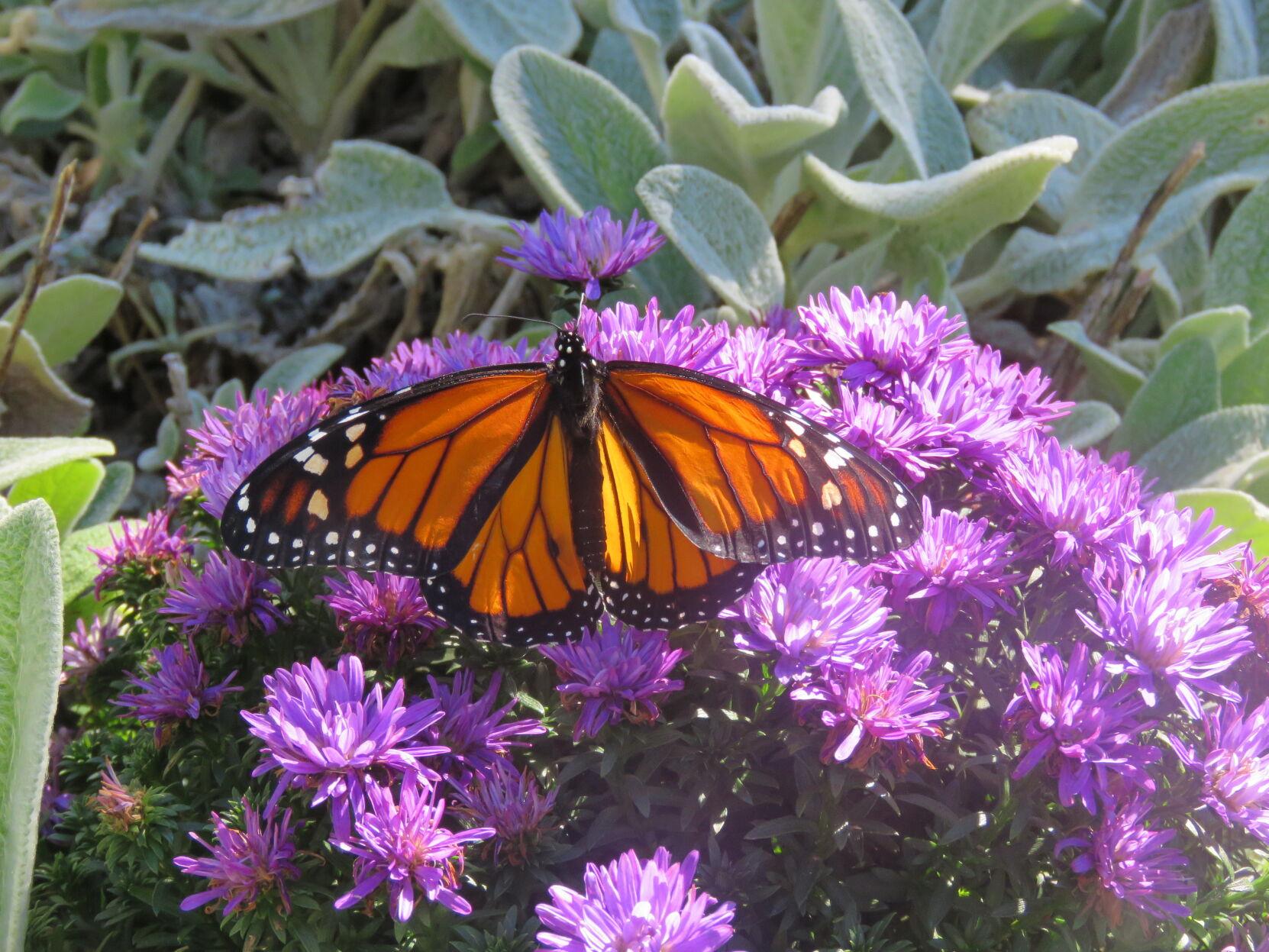 One of the the demonstrations during the Harvest Festival that proves popular is the making of apple butter, which requires a lot of stirring and patience.

The festival features entertainment and activities for all ages. This photo from a past year shows a Rocky Mount "resident" in period dress demonstrating making dolls from corn husks to a couple of children.

This photo from a festival in a prior year shows one of the many Rocky Mount ‘residents’ demonstrating work circa 1791.

Come visit with the folks at Rocky Mount this weekend as they celebrate the harvest season as it would have been in 1791.

Join the Cobb family and their friends as they celebrate the harvest and the fall season.

Living history tours of the Cobb farm will take place all day. Demonstrations on site will include blacksmithing: cooking over the flame of a fireplace; apple butter making; apple cider pressing; and much more.

Stop and smell the biscuits baking in the kitchen or give the apple butter a stir.

There will also be toys and games, including sack races, corn hole and 18th century games that will be available for all ages.

Crafts, including pumpkin painting, Halloween decoration painting, corn shuck dolls, and candle making will be offered for an additional fee.

Cash and credit cards will be accepted for admission and select activities.

Bring a picnic to enjoy on the grounds or visit the food trucks (Lettuce Wrap U and Mama’s Food Factory) that will be set up throughout the weekend.

Rocky Mount is hosting the inaugural Pumpkin Wars, during which five contestants will battle it out on Saturday and five more will see if they “make the cut” on Sunday. Each day’s winner will then be compared during a final round of judging and one will become the grand winner of the Southwest Territory “Pumpkin Wars of 1791.”

Contestants will have three hours to carve a pumpkin with the theme of the day.

Pumpkins will be provided to entrants, along with a basic carving tool kit. But contestants are encouraged to bring their own special tools.

Registration for each day’s five slots is first-come, first-served and hopefuls can sign up in advance by calling (423) 538-7396 or going online at rockymountmuseum.com to fill out an entry form and pay the $5 entry fee.

Rocky Mount is accredited by the American Alliance of Museums. The Rocky Mount Historical Association operates the site under a contract with the Tennessee Historical Commission.

Admission: $10 for adults, $8 for seniors, and $5 for children 5-17. Children under 5 and RMHA members are admitted free of charge. Buy tickets at the gate or in advance online at www.rockymountmuseum.com/harvestfestival

Food: Rocky Mount welcomes you to bring your own picnic to enjoy on the grounds. Food trucks will also be available to purchase food and drinks. 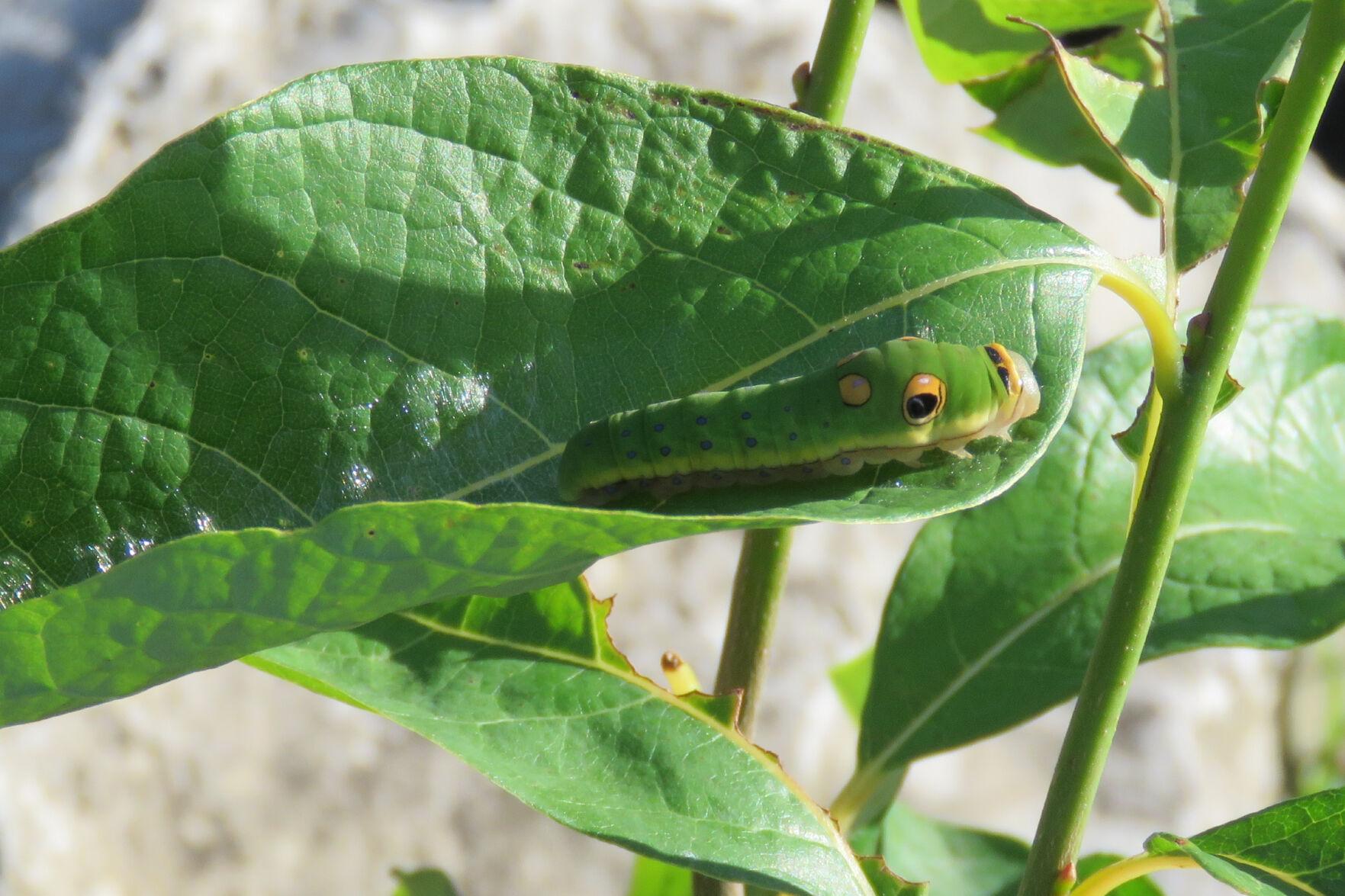 Bays Mountain Park’s new amphitheater, expected to be complete in 2022, will have a lower level with restrooms and changing rooms, outdoor seating for 341 occupants and ADA parking. The new amphitheater will be about the same size as the current one, but it will be located closer to the park’s Nature Center.

KINGSPORT — A new amphitheater is coming to Bays Mountain Park & Planetarium next year.

Eastman has given a lead gift for this project in honor of its centennial celebration in 2020, and Kingsport has matched that donation.

The project will cost an estimated $1 million.

The Bays Mountain Park Amphitheater has been home to many events and programs over the years, whether it’s a night at Cinema Under the Stars, a summer day camp activity or live storytelling at Campfire Tales.

The venue has been an important part of Bays Mountain’s programs since the park’s early foundational days.

“In celebration of Eastman’s 100th anniversary, we proudly support this project at one of Kingsport’s most iconic attractions, Bays Mountain Park,” said Eastman Senior Vice President and Chief Human Resources Officer Perry Stuckey. “For more than 100 years, Eastman has proudly called Kingsport our home, and parks like Bays Mountain and its beautiful green spaces are one of the many contributors to our city’s quality of life. We are proud to invest in ensuring that Kingsport remains a sustainable community and a desirable and attractive place to live and work.”

The new amphitheater will be roughly the same size as the current one, but it will be located at a more central area in the park, closer to the Nature Center.

The amphitheater will have a lower level with restrooms and changing rooms, outdoor seating for 341 occupants and ADA parking.

Guests will be able to access the new amphitheater more easily, allowing the park to expand the programs it offers there and furthering its mission of educating the region about the natural area that surrounds us.

The deer habitat and fox habitat will receive updates as part of this project as well, due to their proximity to the new amphitheater site. The new projects are coming at the end of a momentous year for Bays Mountain Park as it celebrated its 50th anniversary.

Other improvements announced this year include the Fox Den Playground and a 3.75-mile legacy trail, currently under construction.

“The announcement of this amphitheater is a great way for Bays Mountain to finish a fantastic 50th year,” said Kingsport Mayor Pat Shull. “I’m happy to see the city come together with Eastman to support the future of one of Kingsport’s greatest natural resources.”

Dineen West and GRC Construction are also partners on this project.

The bidding process will begin on Bays Mountain Park’s new amphitheater in early 2022, and construction is expected to be complete that same year. The project will cost an estimated $1 million.

Annually, more than 200,000 visitors pass through Bays Mountain Park, making it one of Tennessee’s top 50 most-visited attractions, according to the Tennessee Department of Tourist Development.

One of the nation’s largest city-owned parks with 3,550 acres, Bays Mountain Park features about 40 miles of hiking trails, a state-of-the-art planetarium, wildlife habitats, fun exhibits, a 44-acre lake, a ropes course with zip line, trails for mountain biking and much, much more. 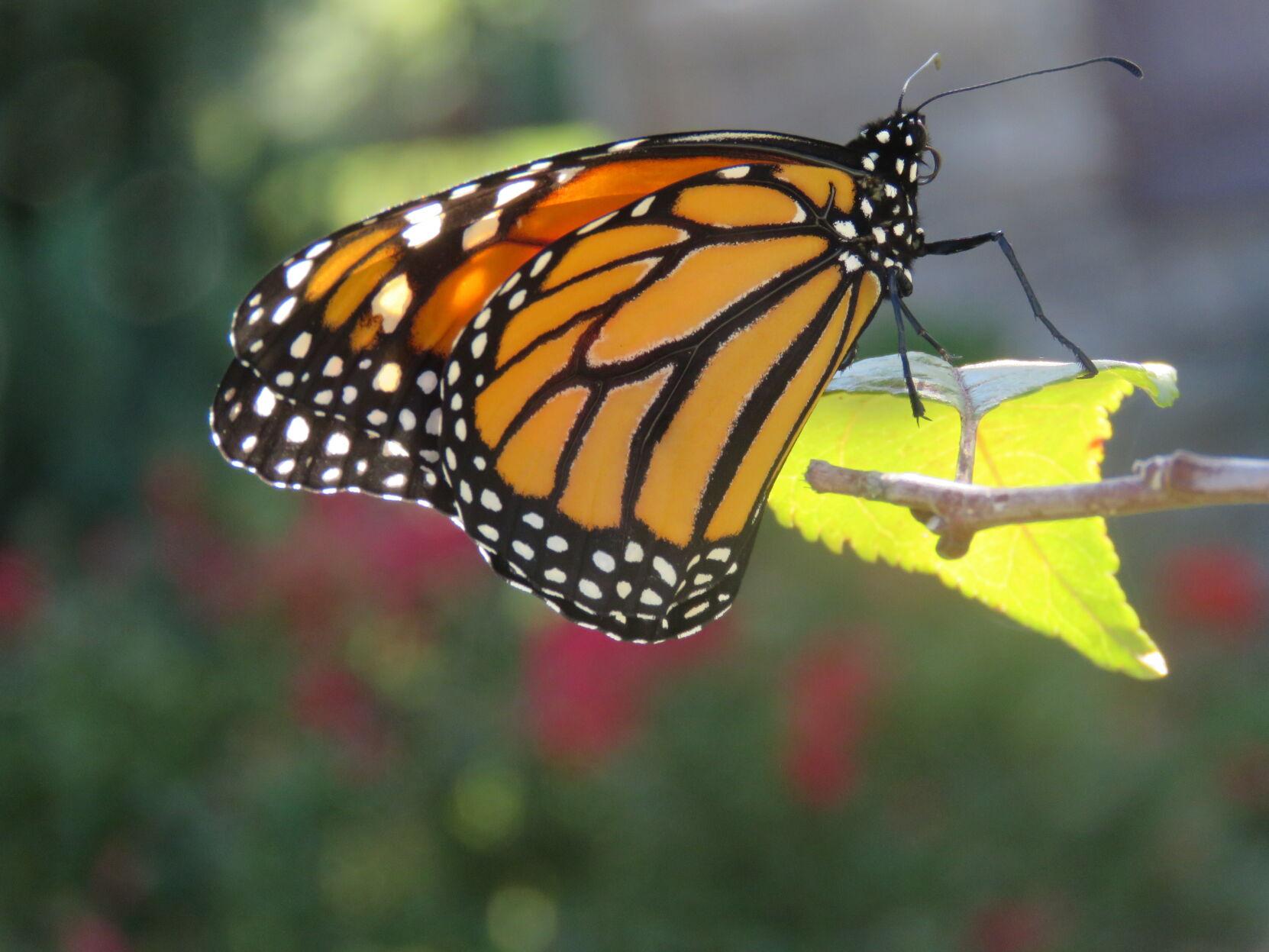 The Supreme Court is seen on the first day of the new term as activists demonstrate on the plaza, in Washington, Monday, Oct. 4, 2021. Arguments are planned for December challenging Roe v. Wade and Planned Parenthood v. Casey, the Supreme Court's major decisions over the last half-century that guarantee a woman's right to an abortion nationwide.