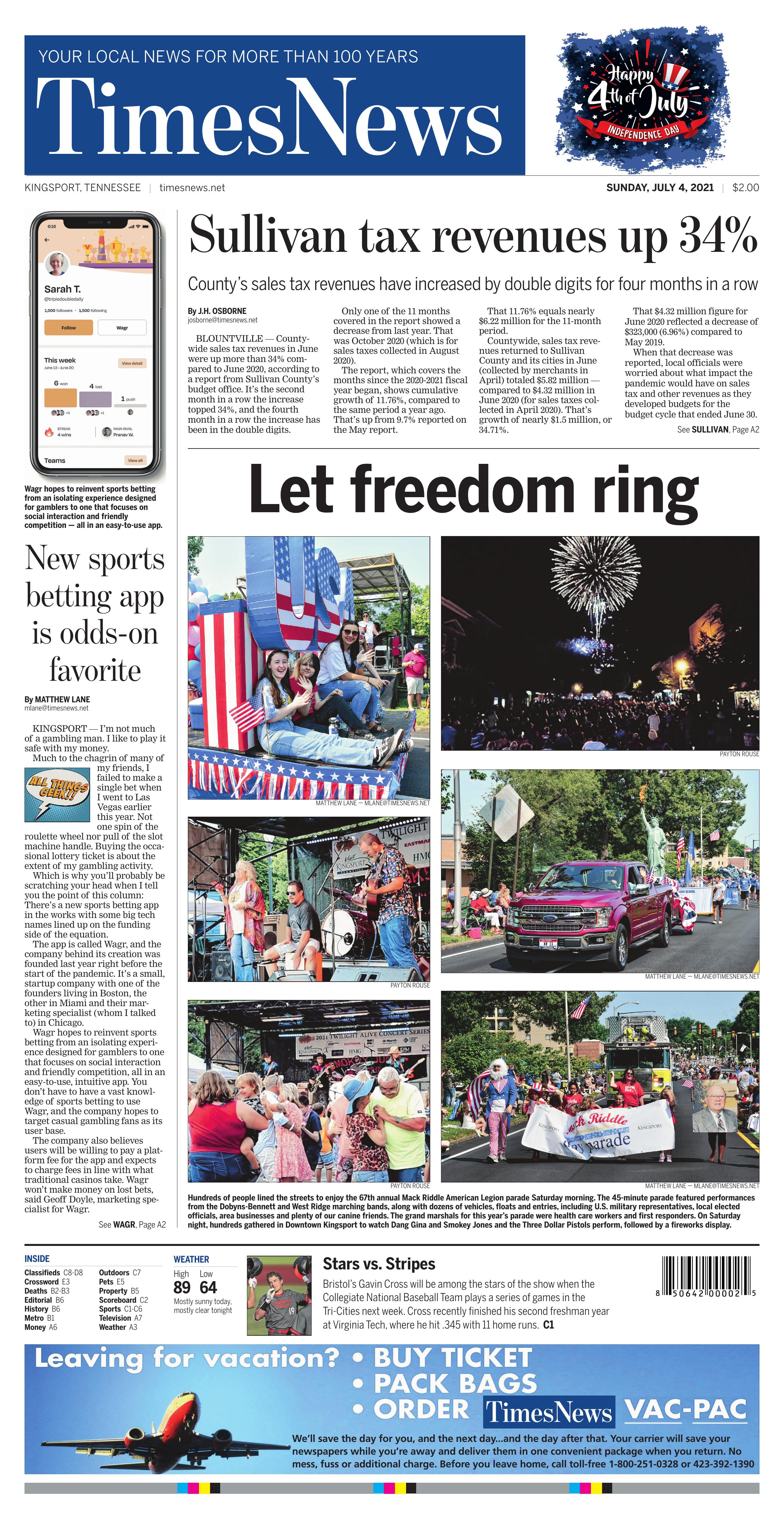 Only one of the 11 months covered in the report showed a decrease from last year. That was October 2020 (which is for sales taxes collected in August 2020).

The report, which covers the months since the 2020-2021 fiscal year began, shows cumulative growth of 11.76%, compared to the same period a year ago. That’s up from 9.7% reported on the May report.

Countywide, sales tax revenues returned to Sullivan County and its cities in June (collected by merchants in April) totaled $5.82 million — compared to $4.32 million in June 2020 (for sales taxes collected in April 2020). That’s growth of nearly $1.5 million, or 34.71%.

When that decrease was reported, local officials were worried about what impact the pandemic would have on sales tax and other revenues as they developed budgets for the budget cycle that ended June 30.

Kingsport continues to produce the largest chunk of sales taxes generated within the county, but Bristol, areas outside any city, Bluff City, and Johnson City’s portion of Sullivan County experienced larger growth as a percentage, year over year.

For the 11-month period, sales tax revenues countywide totaled more than $59.1 million (compared to nearly $52.9 million for the same period a year ago).

Where did it come from?

Where does it go?

Half of the money goes to local school systems:

June sales tax collections, for example, will return as revenue to Sullivan County, Kingsport, Bristol, Bluff City and Johnson City — as well as to the three school systems in the county — in August. 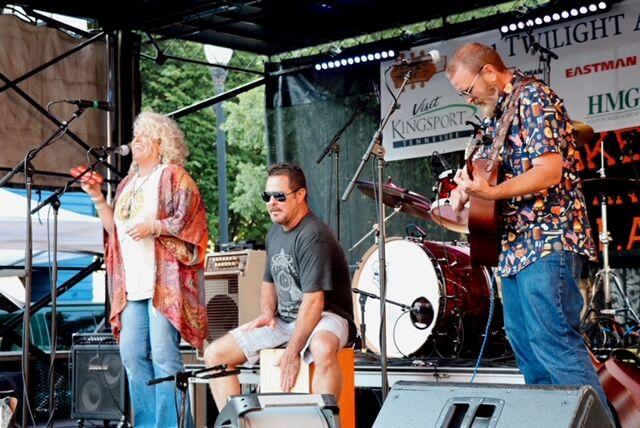 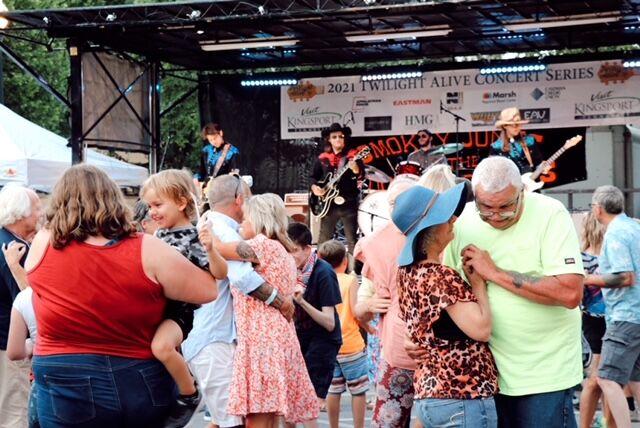 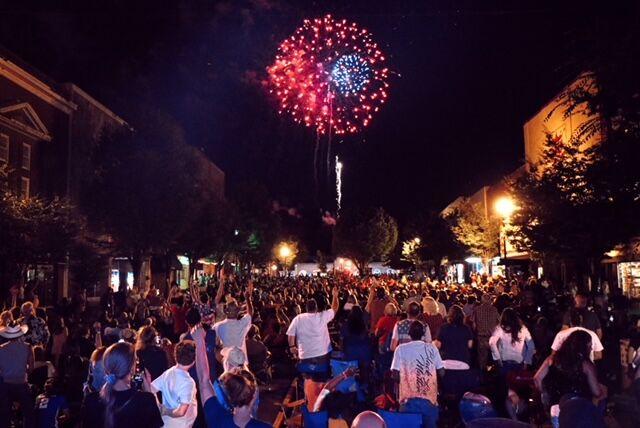 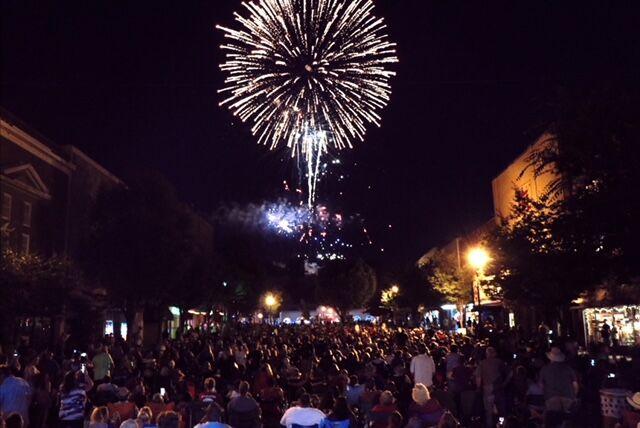 KINGSPORT — I’m not much of a gambling man. I like to play it safe with my money.

Much to the chagrin of many of my friends, I failed to make a single bet when I went to Las Vegas earlier this year. Not one spin of the roulette wheel nor pull of the slot machine handle. Buying the occasional lottery ticket is about the extent of my gambling activity.

Which is why you’ll probably be scratching your head when I tell you the point of this column: There’s a new sports betting app in the works with some big tech names lined up on the funding side of the equation.

The app is called Wagr, and the company behind its creation was founded last year right before the start of the pandemic. It’s a small, startup company with one of the founders living in Boston, the other in Miami and their marketing specialist (whom I talked to) in Chicago.

Wagr hopes to reinvent sports betting from an isolating experience designed for gamblers to one that focuses on social interaction and friendly competition, all in an easy-to-use, intuitive app. You don’t have to have a vast knowledge of sports betting to use Wagr, and the company hopes to target casual gambling fans as its user base.

The company also believes users will be willing to pay a platform fee for the app and expects to charge fees in line with what traditional casinos take. Wagr won’t make money on lost bets, said Geoff Doyle, marketing specialist for Wagr.

“The existing offerings that were out in the market weren’t designed for (our founders). If you go to those apps, you’re greeted with a wall of confusing numbers that really doesn’t mean much to most people,” said Doyle. “When I first started, I didn’t know what that meant. I felt confused and nervous about using them. It was not a good experience that was tailored to me and a large group of people.”

At this time, the app has not gone live. The company is going through the regulatory process in Tennessee and Virginia (the first two states on their list) and, hopefully, they’ll know something soon about their application.

However, if you go to their website — www.wagr.us — you’ll get a glimpse of how the app will look once it launches. It’s more reminiscent of Facebook or Twitter than a budget spreadsheet or stock exchange feed.

“When you go into the app, you’re greeted by all of the games playing that day. And we’re only doing point-spread bets at this time,” Doyle said. “That’s in an effort to make it as user-friendly as possible and understandable for novices.”

That’s good to know. I get point spreads, but the over-under thing confused me. You’ll also be able to form crews within the app — of friends or family or fans of a specific team — and bet within the various crews.

“What I like about gambling is betting with friends, the social engagement and the banter that goes along with it,” Doyle said. “Instead of betting against the house like other apps, we line you up with an actual person on the other side of the bet.”

These established names definitely give the company a boost when it comes to credibility and confidence in the app.

Doyle believes there’s a cultural change in the United States when it comes to gambling, that the activity is becoming not only more commonplace, but more acceptable with a majority of people. That’s where Wagr hopes to strike gold by offering a simpler gambling option for the more casual sports fans.

Basically, me, I guess.

“We’re trying to develop an inclusive platform and there’s not a need to have betting experience,” Doyle said. “People want to have fun and compete against other people and not just against the house in an isolated experience.” 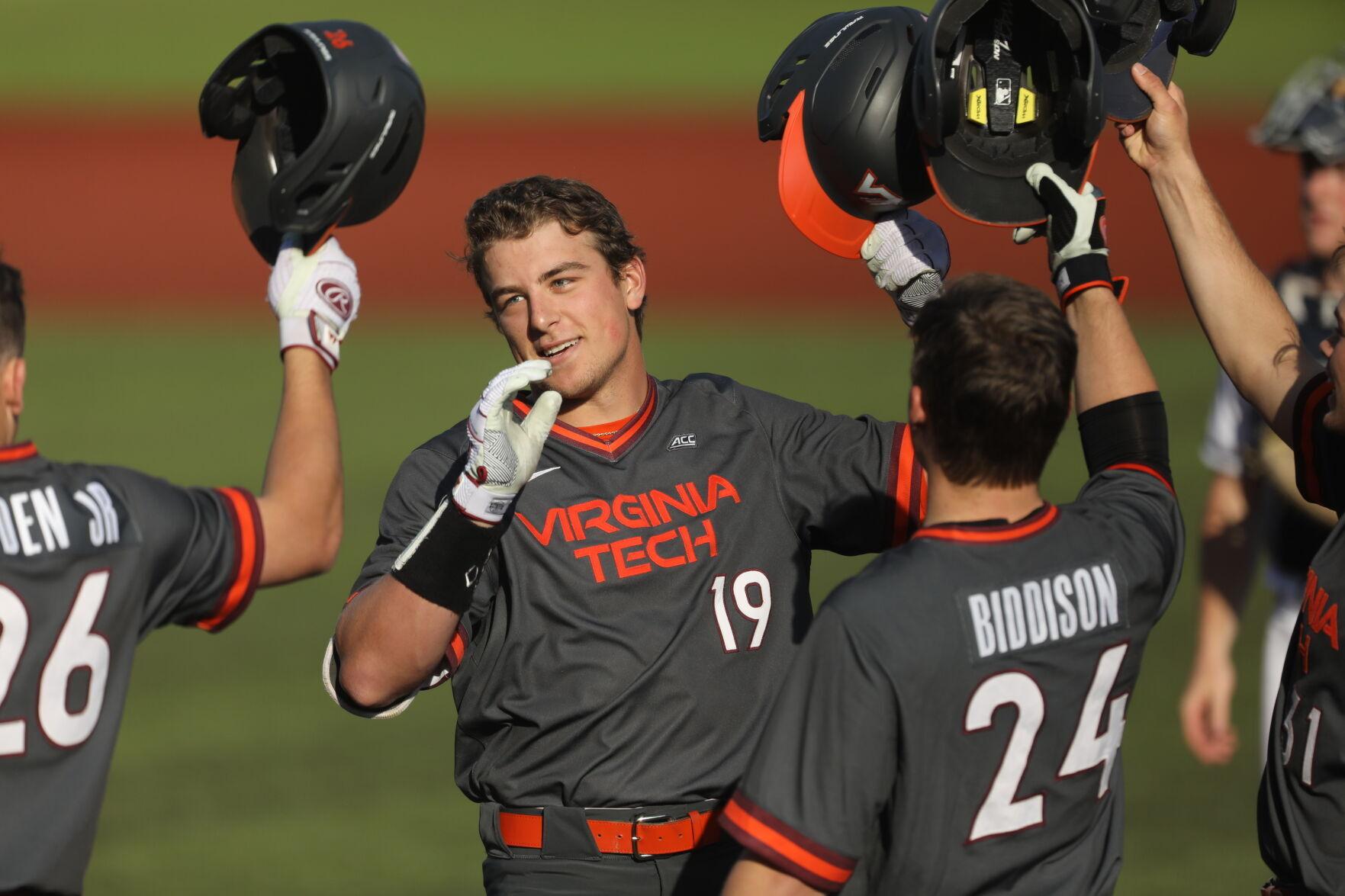 Virginia Tech’s Gavin Cross, shown during a game with East Tennessee State this past season, will be with the Collegiate National Baseball Team when it plays a series of games around the region this week.