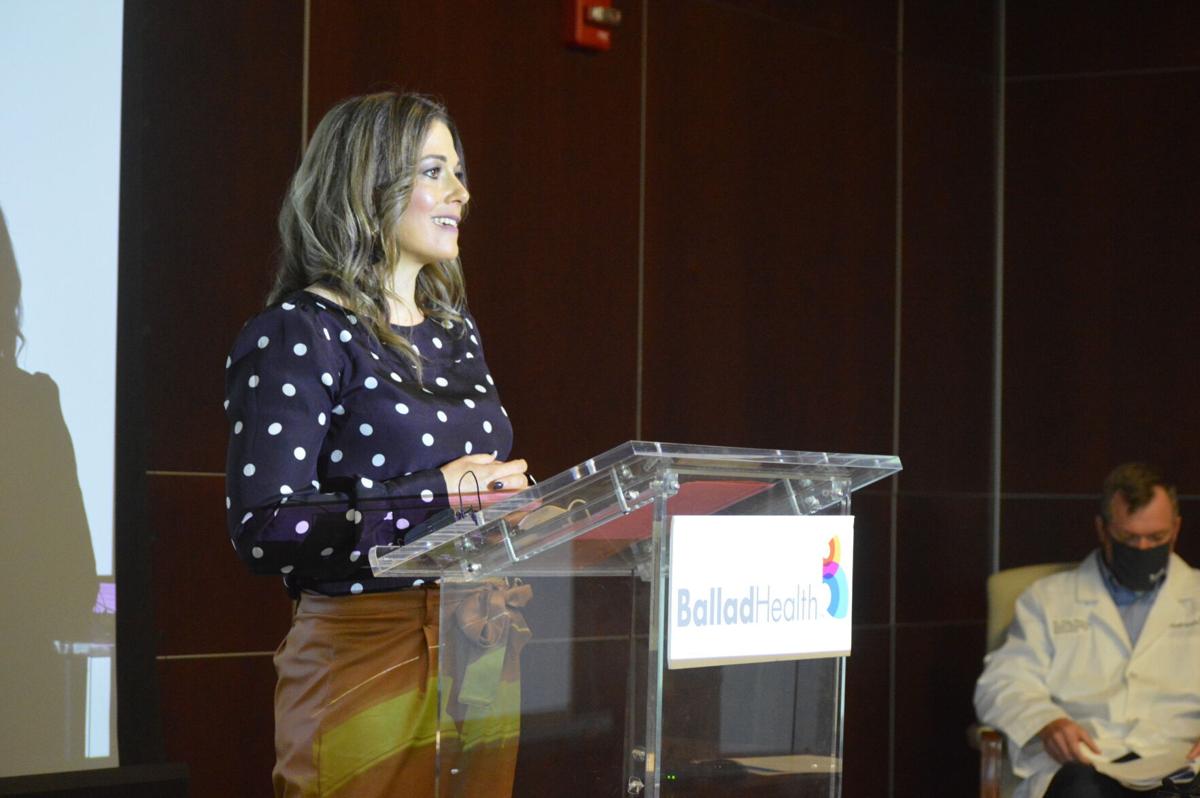 Amber Stevens discusses her lingering symptoms after recovering from COVID during a Ballad Health press conference on Wednesday. 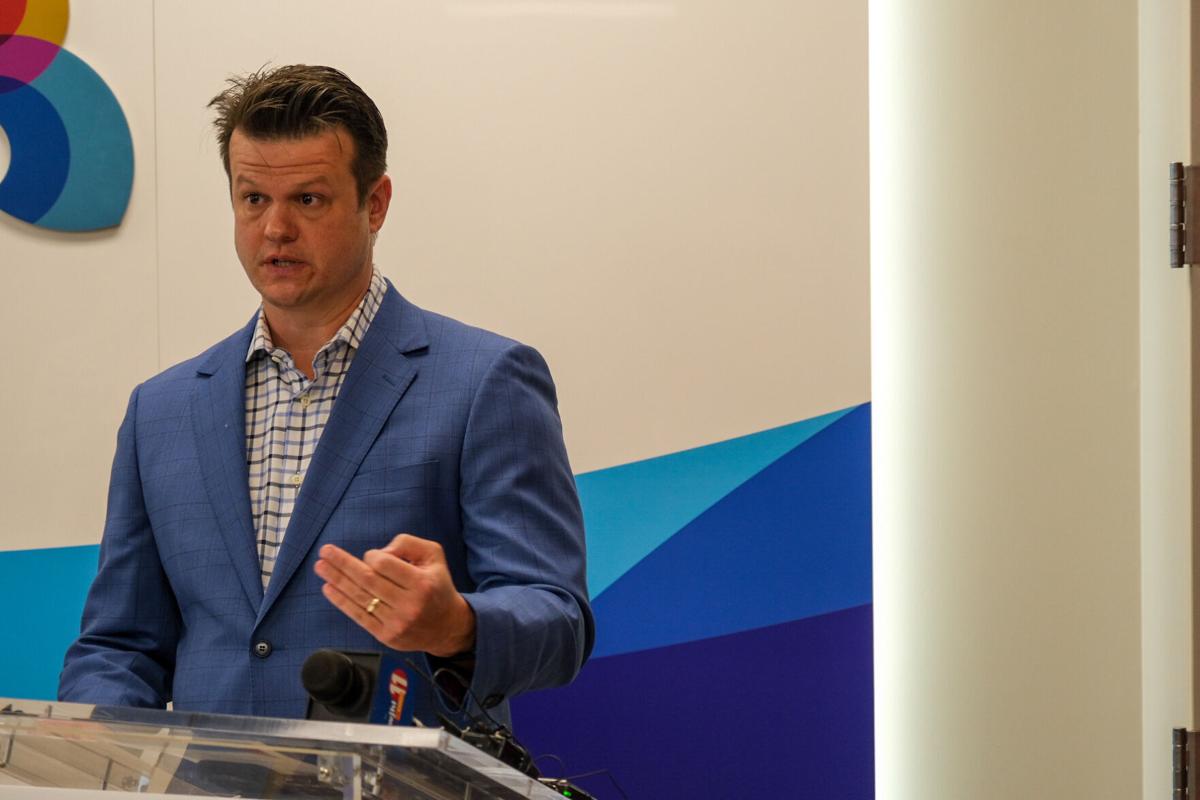 Dr. Paul Jett is the medical director for Ballad's Center for Post-COVID Care.

Amber Stevens discusses her lingering symptoms after recovering from COVID during a Ballad Health press conference on Wednesday.

Dr. Paul Jett is the medical director for Ballad's Center for Post-COVID Care.

“I had this shortness of breath that would kind of come and go,” she said, speaking at a press conference organized this week by Ballad Health.

“I had this nagging cough that just continued, and even though my smell had returned, I had this constant smell of cigarette smoke that I could not get rid of.”

The symptoms continued for a month, leading her to see her primary care doctor. After several tests, she left with a clean bill of health.

But it didn’t change the fact she was still experiencing symptoms.

“When I left, I was discouraged,” Stevens said.

These symptoms were complicating simple weekly tasks. Sitting through church or work was difficult because she was constantly trying to stifle coughs or catch her breath.

Stevens is one of many patients who have received treatment through Ballad’s Center for Post-COVID Care. In early April, the system held a press conference to open the unit up to other insurers and cast a wider net across the local population.

What are post-COVID symptoms?

According to the U.S. Centers for Disease Control and Prevention, most people with COVID-19 get better within weeks or months, but some don’t. “Post-COVID conditions,” the agency says, are those that persist more than four weeks after first being infected with the virus.

Those symptoms can include fatigue, difficulty concentrating, headaches, shortness of breath, coughing, heart palpitations and depression or anxiety.

Dr. Paul Jett, a physical medicine and rehabilitation specialist who leads the clinic, said the system’s push to develop resources for patients with post-COVID symptoms has coincided with its vaccine rollout.

Jett said leading health centers around the country have developed similar post-COVID units. Ballad also has a support group tied in with its Center for Post-COVID Care.

“I think that sense of being a part of this and understanding that they’re not alone is really, really important,” Jett said.

So far, Jett said he’s not aware of a clear scientific consensus regarding why people continue to experience COVID symptoms after they recover from the virus, but there are several workable theories.

Jett said the symptoms could be caused by disruptions in the autonomic nervous system and in the body’s defense mechanisms.

“None of that is steeped in ... evidence-based medicine at this point, but that is exactly the reason why it’s important for the individuals who experience these symptoms to reach out,” Jett said.

Many post-COVID units in bigger cities have interacted with patients entirely virtually, Jett said. Ballad’s is set up so it can be virtual, but patients can also see a physician in-person, which tends to the be preference.

When patients visit the unit, Jett said, physicians will take a full medical history and ask what their goals are, using that information to develop a treatment plan. They also work with numerous other specialties, including cardiology, pulmonology and physical therapy.

Stevens initially dismissed the thought of going to Ballad’s clinic because she didn’t think her symptoms were severe enough to warrant a visit. After they failed to abate over the next few weeks, however, her husband urged her to make the call.

She made an appointment with Jett, and he and his team listened to her concerns.

“It was comforting to me that I did not have to validate what I was feeling to Dr. Jett,” she said.

Jett assured her that he had seen patients in the past who had experienced the same symptoms.

“He encouraged me that just because my tests came back normal, the symptoms that I was experiencing were very real,” Stevens said. “He helped me manage my symptoms while at the same time giving me hope that they would subside in time.”

Stevens said the clinic offered further testing and different therapies, such as cardiopulmonary rehab for shortness of breath. The unit also offered nontraditional treatments like hot tea and lemon to open up her breathing passages and acupuncture remedies for her cough.

The majority of Stevens’ symptoms are now gone, she said, and the ones sticking around are extremely mild.

“Even though I was very leery about making that appointment initially ... I’m so glad that I did,” Stevens said. “Dr. Jett and his team have allowed me to move forward with my COVID recovery.”