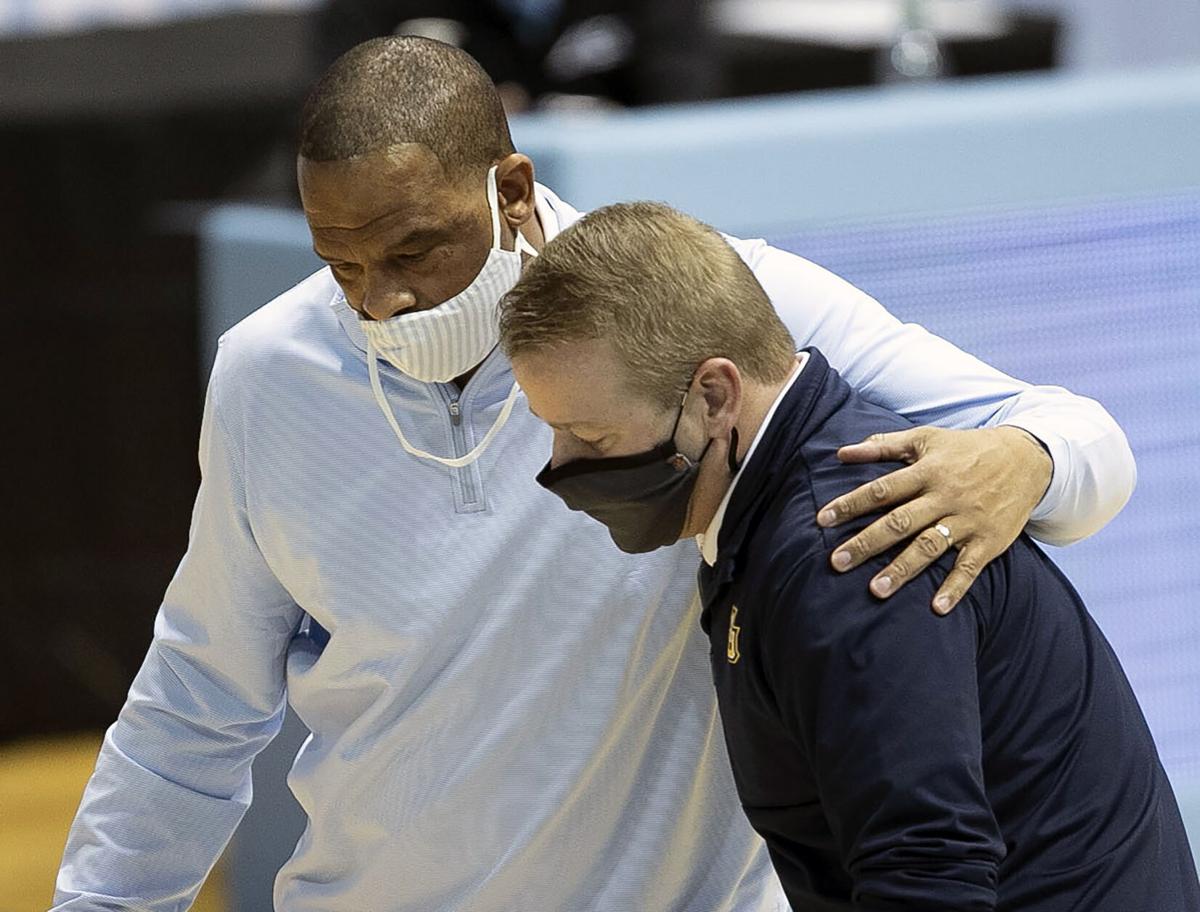 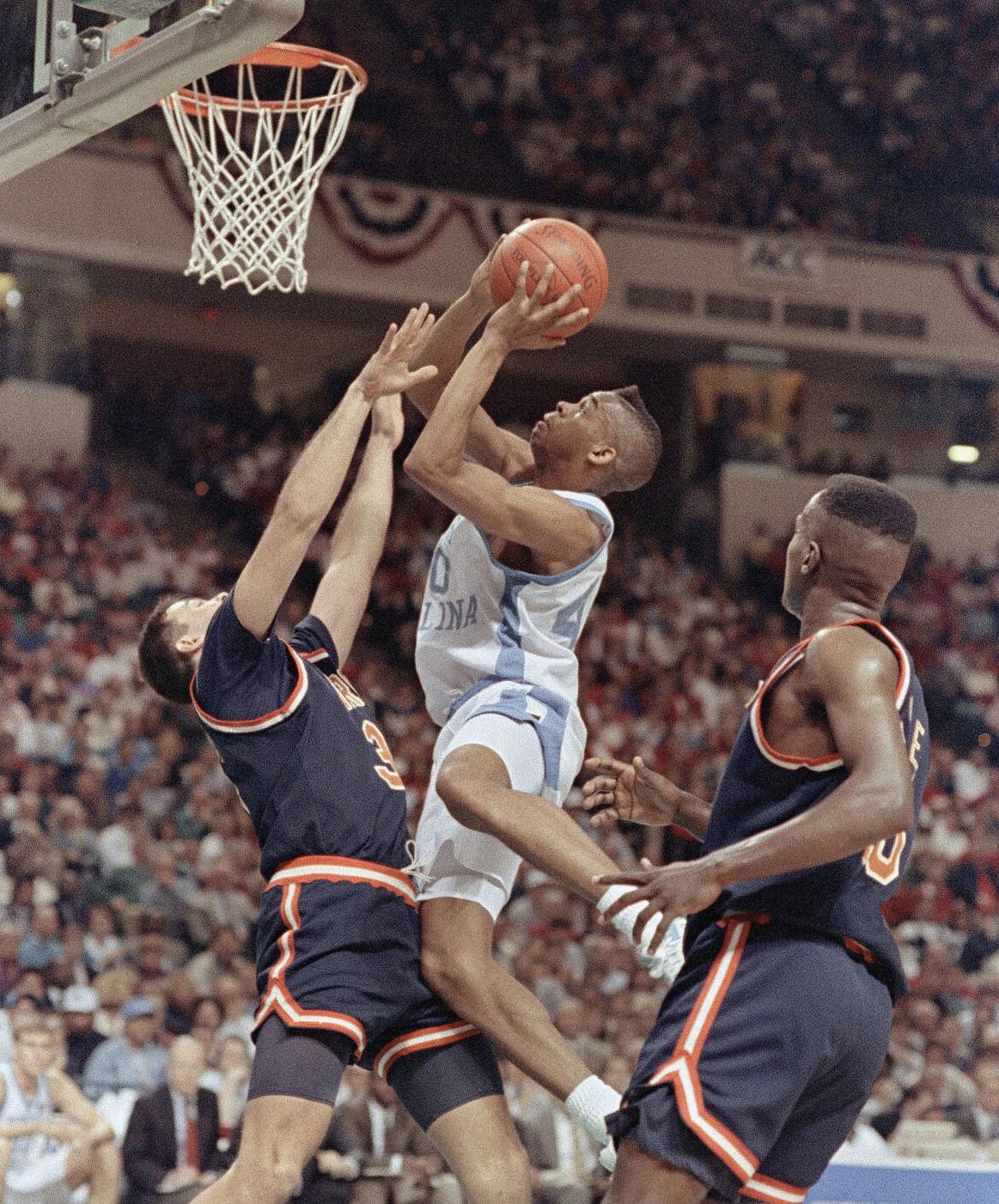 North Carolina didn't have to look far to find the successor to Hall of Fame coach Roy Williams or someone with a strong connection to the storied men's basketball program.

The 50-year-old Davis played under Dean Smith before a long NBA career, and he also spent the past nine seasons working under Williams.

The school announced the hiring after an emergency meeting Monday by its board of trustees, with Davis' introductory news conference planned for Tuesday.

"I love this university," Davis said in a statement. "I played here, I earned my degree here, I fell in love with my wife here, I got married here, I moved here after I retired from the NBA and I have raised my family here. I am proud to lead this team, and I can't wait for all that comes next."

Williams retired after 18 seasons at his alma mater in a career that also included 15 years at Kansas and 903 overall victories. All three of his NCAA championships came with the Tar Heels.

The school has long had a history of turning to people with UNC ties to lead its program, which owns six NCAA championships. It has worked before, with longtime assistant Bill Guthridge taking over after Smith's 1997 retirement and leading the Tar Heels to two Final Fours, as well as Williams' return from Kansas in 2003.

But it didn't work during the three-year tumultuous tenure of Matt Doherty — including an 8-20 season in 2002 — after Williams turned down the job following Guthridge's retirement in 2000.

The Tar Heels are staying in the "Carolina family" again, this time by turning to a trusted former player who has never been a college head coach. His hiring also marks a groundbreaking moment as the first Black coach in the history of the program.

"I am honored and humbled to be given the opportunity to lead this program,'' Davis said. "I would not be here without coach Dean Smith, coach Bill Guthridge and coach Roy Williams; they taught me so much — and I'm eager to walk their path in my shoes and with my personality."

Davis had been on Williams' staff since 2012 as a bench coach, recruiter and scout, including a run to the 2016 NCAA title game and then the championship a year later. He had also served as head coach of the UNC junior varsity team and oversaw the program's charitable endeavors.

Davis, the nephew of former UNC player and NBA All-Star Walter Davis, played for Smith from 1988-92 and still holds the program record for career 3-point percentage (.435). He was a first-round NBA draft pick by the New York Knicks and spent a dozen seasons in the league.

After his playing career, Davis spent seven years with ESPN as a college basketball analyst until Williams asked Davis to join his staff in 2012, which Davis said at the time was "a total surprise."

Now it's up to Davis to keep the Tar Heels among the nation's elite programs.

The Tar Heels won a national championship as recently as four years ago while winning a share of the Atlantic Coast Conference regular-season title to go with a No. 1 seed in the NCAA Tournament only two years ago. But they suffered the only losing season of Williams' career in an injury-plagued 2019-20 season, then returned to the NCAA Tournament this year despite experiencing inconsistency with a young team amid the coronavirus pandemic.

In a statement, athletic director Bubba Cunningham said Davis is the "best leader we can possibly have" for the program.

"He teaches student-athletes on and off the court," Cunningham said. "He inspires his fellow staff members. He is strongly committed to family. He has a tenacious, burning desire to be the best he can possibly be; we witnessed that when he was a player, a broadcaster and an assistant coach — and I have no doubt he will ensure that our student-athletes and program will be the best they can be, as well."