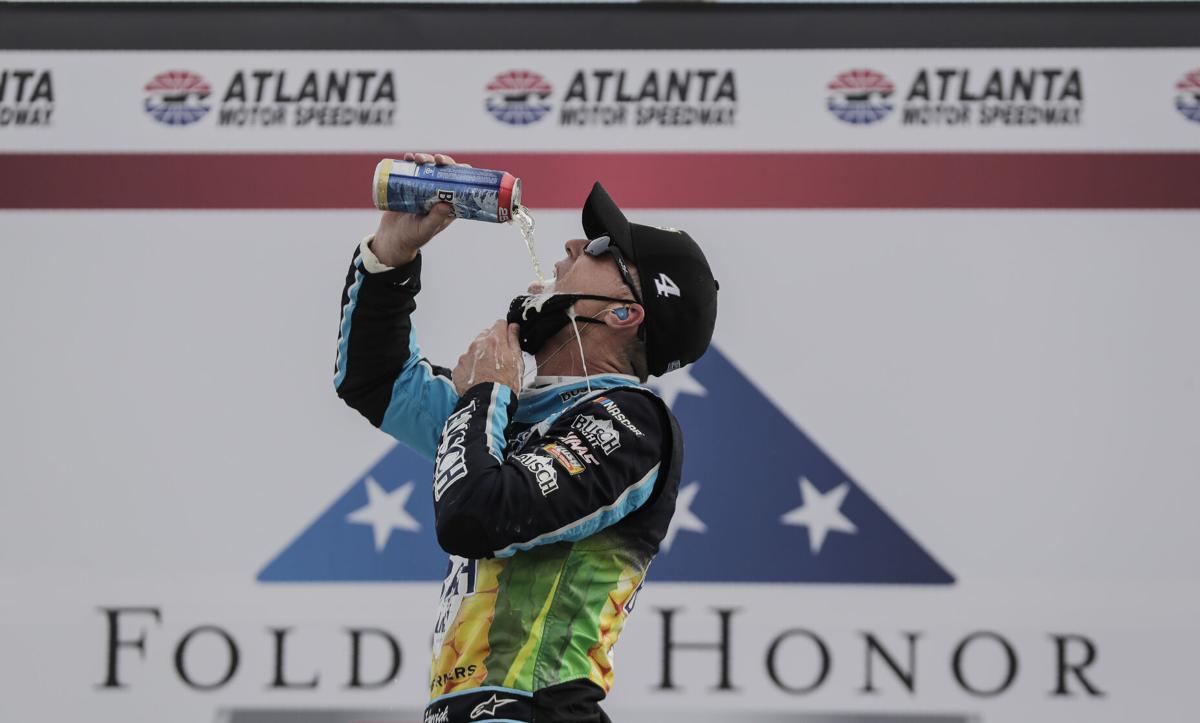 A year ago, Denny Hamlin and Kevin Harvick spent the final lap at New Hampshire jockeying for the lead, the two clearly the class of the field as the NASCAR Cup Series race approached the checkered flag.

It turned out to be a harbinger of the wacky 2020 season.

Hamlin and Harvick have been the strongest cars on a weekly basis during this coronavirus-impacted season, combining for nearly half of the wins through 19 races. Hamlin earned his series-leading fifth victory just over a week ago at Kansas Speedway, where Harvick — the winner at New Hampshire last season — lamented how off his No. 4 Ford felt despite a top-five finish.

“Those guys have been solid. They’re going to be in the top five even on their bad days,” Hamlin said of Harvick’s team ahead of Sunday’s return to the flat, mile-long track at New Hampshire. “You call it a bad day; he nearly won it with 10 to go or so. He still finds a way to get to the top five. That’s just a really strong race team.”

Then again, so is the No. 11 Toyota for Joe Gibbs Racing.

Hamlin could match the six wins he posted a year ago — when he made the final round of the playoffs — and begin setting his sights on the eight wins he had during the 2010 season. And more importantly, he could continue to rack up playoff points to help usher him through this year’s postseason in his pursuit of his first series championship.

“This race team, we go to win every week. That’s our goal,” said Hamlin’s crew chief, Chris Gabehart. “I’m not saying we’re going to meet that measure, but I go into every week planning to do our very best to do it.”

Hamlin and his Stewart-Haas Racing rival both have been pretty successful at New Hampshire. Harvick leads all active drivers in wins with four and Hamlin has three. Hamlin also has five second-place runs there, most recently last year.

Remember? When Harvick beat him?

“I thought he just kind of outsmarted me really on that last lap, kind of protecting the bottom there,” said Hamlin, who admitted “butting heads” with Harvick early in their careers but that a certain amount of mutual respect now exists.

“I didn’t do a good job on the final lap,” he said. “I obviously had the fastest car. He just outsmarted me. ... He got the best of me. I certainly haven’t forgot it. You learn lessons here and there from guys like him.”

If the season ended now, Clint Bowyer, Matt DiBenedetto and William Byron would be the final three to slip into the playoffs based on points. Left out would be Tyler Reddick, Erik Jones and Jimmie Johnson, the seven-time champion who finds himself 18 points out amid his final full-time season thanks in part to a wreck at Kansas Speedway.

“We obviously need to get some points,” Jones said. “The worst case would be having another person behind us in points win and jumping us again. That would put us in a pretty tough spot. Winning is the goal, but I think we do have to focus a little bit on stage points coming up, especially with some of the wild-card races.”

There were no fans at Kansas last week and there won’t be any for the upcoming doubleheader at Michigan. But officials are planning for about 12,000 fans on Sunday, which is about 30% of the maximum they could have allowed with social distancing. The speedway had capped ticket sales at 35% of the roughly 75,000 seats.

“I’m not worried, but it will be interesting to see what happens,” New Hampshire Gov. Chris Sununu said.

Fans will be required to wear masks when entering and exiting the track and on the concourses, but they may take them off at their seats. All fans will have a temperature check upon arrival and only electronic tickets are being issued.

“That’s one of the strengths of NASCAR, a fan-friendly and family-oriented atmosphere,” said Ryan Newman, whose first career Cup Series win came at New Hampshire in 2002. “They could stay home. They could watch it on TV. They could replay it and just catch it on their phones, but we appreciate them being part of it.

“I’ve always said that New Hampshire has some of the best and most loyal NASCAR fans there is.”

Copyright 2020 The Associated Press. All rights reserved. This material may not be published, broadcast, rewritten or redistributed without permission.