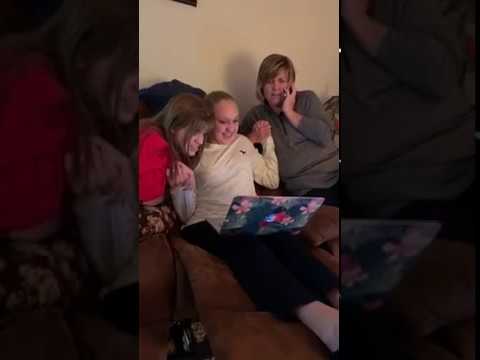 KINGSPORT — East Tennessee Cheer and Gymnastics has done it again.

After one of its cheer teams qualified to compete at D2 Summit in Disney World last May, many of the same team members are heading back this year as part of a new senior co-ed team, the Royal Cats. They’ll be joined by the Cheetahs, one of ETCG’s youngest teams.

“It’s our oldest team and our youngest team that can qualify,” said Jennifer Sutherland, office manager. “So it’s kind of exciting.”

D2 Summit is known as one of the most prestigious cheer competitions in the country. It is open to smaller gyms with 125 athletes or less, whereas its corresponding event, simply called the Summit, is for larger gyms.

“It is nationwide, the best of the best,” Sutherland said. “You have to receive a bid to go to this.”

The two ETCG teams will compete at D2 Summit May 10-12. At last year’s competition, the qualifying team from ETCG — called the Queen Cats — competed against 14 teams in the finals and finished in fifth place, a result that this year’s teams hope to meet or surpass.

Sutherland said the majority of the Royal Cats that qualified for D2 Summit this year were on last year’s Queen Cats squad. Whereas the Queen Cats was a small all-girls team, the Royal Cats is a medium-sized, co-ed team with 27 members, all ranging from 13-19 years old.

The Royal Cats qualified in December on an at-large bid, meaning they will skip preliminaries and go straight to the semifinals on the second day of competition. From there, they’ll have a chance to advance to the finals on the third day.

The Cheetahs is comprised of 16 girls ages 7-12, all of whom will be competing at D2 Summit for the first time. The team qualified in February on a wildcard bid, meaning they will compete in preliminaries on the first day of competition.

If they finish in the top five in their division in that round, they will advance directly to the finals, Sutherland said.

Sutherland said the trip costs each athlete and parent roughly $700 each, with a total fundraising goal of $10,000. ETCG will hold several fundraisers in the coming weeks, including a Texas Roadhouse pancake breakfast on April 27, a car wash and a barbecue dinner.