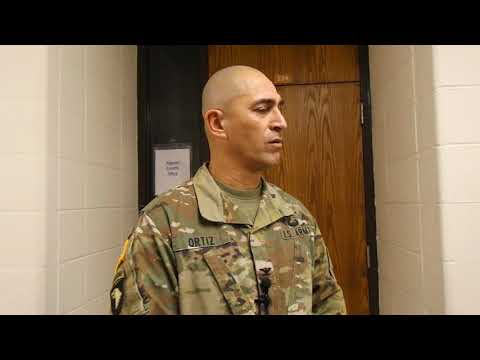 
When will open burning end at Holston Army Ammunition Plan?

KINGSPORT — An internal Army memo is encouraging facilities like the Holston Army Ammunition Plant (HSAAP) to reduce reliance on open burning of waste and terminate the practice by 2024, the plant’s neighbors were told at a public meeting on its environmental program Wednesday night.

With BAE Systems as its contractor, HSAAP manufactures a wide range of explosives for the U.S. Department of Defense at the 6,042-acre site.

HSAAP has pledged, its neighbors were advised, that an alternative technologies study will attempt to find “safe alternatives” to open burning and build those if identified.

“It is my goal to provide you with better answers and to work on it,” HSAAP Commander Col. Luis Ortiz told the group assembled at ETSU-Kingsport. “I can’t promise you that will shorten the time (to end open burning). I can’t do that because then I’m putting myself in a box. … I’m sorry. With the current technology going on, I can only tell you 2024 (if an alternative is found).”

A massive modernization has been going on at HSAAP, which has gone from 400 employees in 2003 to about 1,100 today with approximately 250 contract personnel on the property.

Future modernization, according to a presentation shown at the meeting, will continue with “investment (of) hundreds of millions of dollars” at the facility.

A $132 million expansion of its industrial wastewater treatment plant, the presentation noted, should be complete by April 2020.

Still, open burning is the “only safe means of disposing of explosive production wastes and explosive contaminated wastes,” the presentation said.

“There will always be some munitions that need to be treated by (open burning) for safety reasons,” the presentation pointed out.

One neighbor of the plant, Mark Toohey, showed two large pictures of what open burning looks like and asked if congressional funding was key to eliminating it.

“We’re willing to help and go to our congressmen and senators (to ask for more funds),” Toohey told a panel of HSAAP and BAE officials at the meeting.

Designated areas lined with clay and gravel are used for the burns, and there have been no explosions related to open burning since the plant started production during World War II, said HSAAP Environmental Engineer Laura Peters.

Commander’s Representative Joe Kennedy said he didn’t know how the process will play out.

“We’re all hopeful we’re going to get something very positive, but we don’t know,” Kennedy said of the study. “It’s not an easy process to design and implement. If it were, we would have had it already.

“We look at our environmental responsibilities across the board, not just air, ground but also water.”

BAE’s contract with the Army runs through 2023.