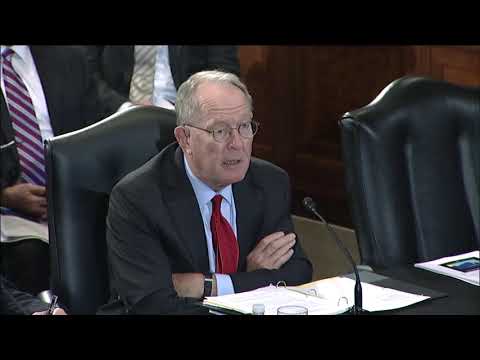 In testimony submitted to the U.S. Senate Subcommittee on Primary Health and Retirement Security, Levine said the Fair Medicare Hospital Payments Act of 2017 would help save rural hospitals and support health care in non-urban America.

As a point of reference, Levine said Ballad Health provided more than $300 million in uncompensated care last year, leading to a system-wide operating margin of only 0.6 percent, or $12 million.

Levine pointed out that if a “national floor” were established on Medicare’s area wage index as proposed by the legislation, it would generate a $30 million annual impact for Ballad Health.

Our region’s Medicare area wage index has continued to deteriorate, as “political and other considerations” have driven the wage index higher for some parts of the country, according to Levine.

Levine’s testimony often painted a grim picture of the future of rural hospitals.

“Researchers at the University of North Carolina have identified almost 90 rural hospital closures across the country in just the last eight years, and iVantage Health Analytics has reported that 673 other rural hospitals are at risk of closure due to mounting financial pressures,” he said. “We have before us a situation where it seems the only two options are: Provide more funding for rural hospitals through convoluted formulas and one-size-fits-all rules, or let rural hospitals close. … Today across the nation, rural and non-urban hospitals find themselves in negative feedback loops, increasingly leading to bankruptcy and closure. It starts with declining revenues caused by declining inpatient utilization rates. Combining declining inpatient use rates with stagnant or declining populations is a dangerous mix for a rural hospital or health system. … These hospitals have also amassed debt they must service, and the ongoing fixed costs of operating a hospital continue to grow. If the variable margins decline, the financial model simply does not work.”

For instance, Levine noted, negative health care economics are playing out today in West Tennessee, where a regional not-for-profit system acquired a rural hospital and then closed it.

Ten rural hospitals have closed in Tennessee over the last few years, according to the Tennessee Hospital Association.

“As these investments deteriorate, patients with means (and commercial insurance) travel to urban and suburban hospitals for orthopedic, cardiovascular and other procedures, which our current reimbursement system disproportionately rewards with higher margins,” Levine testified. “These margins are used by hospitals to offset losses in most other service lines of a hospital. Rural hospitals are thus left with a less-favorable case mix and payor mix, leading to further declines in revenue and margin. This is the death spiral.”

Fourteen of Ballad Health’s 21 hospitals are in rural areas, and six of those 14 hospitals had negative operating margins in fiscal year 2018, Levine stressed.

When asked after the meeting why the bill hasn’t moved forward, Levine responded: “Things here in Washington take time. It’s frustrating but what’s good is we have bipartisan support. ... Anytime you change a formula in Congress, it takes awhile because of the politics of it. ... The good news is nobody was talking about the area wage index two years ago and today they are. ... We and our associates in Washington drafted the bill and spent a lot of time and resources shopping that bill all over the country.”