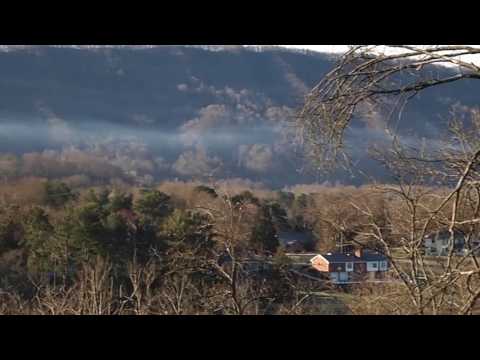 KINGSPORT — The good news is that BAE Systems and the U.S. Army will continue to pursue installing a so-called “flashing/car bottom furnace” to minimize open burning of waste at the Holston Army Ammunition Plant (HAAP).

The bad news is it’s going to take at least until 2024 to make it all happen.

Still, even after the furnace is commissioned, 5 percent of HAAP’s waste will still need to be burned, said Col. Luis Ortiz.

Joe Kennedy, the commander’s representative at HAAP, insisted funding will be in place to build the furnace.

“The Army has not batted an eye on any funding we need to meet an environmental requirement,” Kennedy told HAAP’s neighbors inside a classroom. “ … They fully intend to fund (the furnace design) as soon as we’re ready and to issue a contract. The money will be there.”

But after the meeting, when asked what the furnace’s price tag will be, Kennedy said he had “no idea” because it hadn’t been designed and a construction contract hadn’t been bid out.

“It determined that mature technology known as a Car Bottom Furnace could treat a large portion of the explosives-contaminated materials and is the best option to reduce the environmental impact,” a news release from BAE, the plant’s operating contractor, noted.

“While the study concluded the construction of a Car Bottom Furnace would significantly reduce open burning of some materials, finding a safe alternative treatment for waste energetics remains a challenge,” BAE pointed out. “The search for a suitable technology to address these specific wastes continues. For any waste that cannot be safely managed with technology solutions, open burning will for the time being remain as the only safe and viable option for the facility.”

BAE pledged during a public hearing last December that it was committed to finding “safe alternatives” to open burning.

Justine Barati, director of Public and Congressional Affairs of the Joint Munitions Command, also gave an update on the accidental building fire at HAAP on Jan. 3.

Explosives caught fire and there was an associated explosion. One person was sent to the hospital for observation. Production workers were sent home.

The plant has since resumed operations, but the accident is still under investigation, Barati noted.

“We were fortunate not to have a fatality with this explosion,” she said. “Making explosives is a dangerous business and this is an example of what can happen when you are manufacturing explosives.”

BAE Systems has been the operating contractor of the Holston Army Ammunition Plant since 1999, developing a wide range of explosive formulations for both military and commercial applications. Since January 1999, BAE Systems Ordnance Systems business has provided modernization planning, project management, design and construction at the U.S. Army munitions plant facilities it operates.

The next public meeting among BAE Systems, the U.S. Army and HAAP’s neighbors will be held July 10.