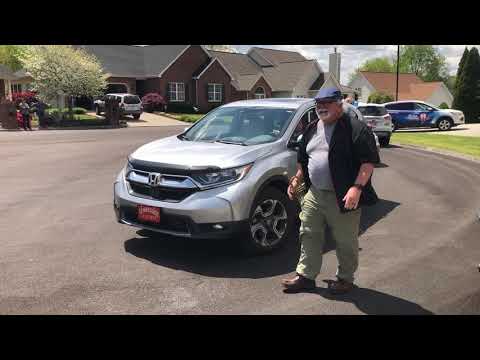 KINGSPORT — The more than 30-vehicle birthday parade in front of J.B. Robinson Jr.'s house Monday afternoon in the Colonial Heights section of Kingsport was 100 years in the making.

It all started out when James Bert Robinson Jr. was born on April 20, 1920, and grew up in Johnson County, in Mountain City; worked in an automotive frame factory; later served three years in the Navy during World War II, participating in three battles with the Japanese; and then worked again in an auto transmission factory after the war.

WHAT DOES HE RECALL ABOUT KETRON AND NORTH?

“When you look back, it doesn’t seem so long,” he said of a 100-year life and 30 years in education, including heading North, which was a merger of Ketron and Lynn View high schools.

“We had awful good faculty and good schools,” Robinson said while sitting in a chair on his front walk after a parade of more than 30 vehicles came by to wish him a happy birthday while social distancing.

Robinson still lives on his own, walks most every day, cleans his own house, insists on getting his own groceries and went, until recently, to church every week, something he plans to resume when the coronavirus pandemic is over. He also bought a new car, a 2018 model, because he said his old one was about worn out but he wasn’t.

HOW HAVE THINGS CHANGED?

“Things (in education) have changed so much,” Robinson said.

“From what I hear, you can’t discipline anymore, for one thing,” Robinson said. “You can’t teach without discipline.”

He spoke after friends and family, former students and others brought by cards and balloons and honked horns. One man played happy birthday on a trumpet while walking along the parade route.

“I never dreamed I would live this long,” Robinson said. “I’ve been taken care of all my life by the good Lord.” In the simplest of terms, Robinson said he has had a good wife, good life, good family and good jobs and is thankful his two daughters and others set up the drive-by celebration he didn’t know about until media representatives and neighbors began gathering outside his cul-de-sac.

That’s when one of his daughters, Sullivan North graduation coach Vickie Harris, told him about the drive-by celebration. His other daughter, Deborah Robinson of Middle Tennessee, could not attend but viewed the event live via an iPad her sister set up. He also had a granddaughter, Nancy Parker, drive by. She is an assistant principal at Sullivan South High School.

Of course, the whole reason the originally planned community celebration in Bloomingdale was canceled was because of the  novel covonavirus pandemic.

“It’s awful scary,” Robinson said of the pandemic and its medical and economic effects.

“Our economy is going to suffer,” said Robinson, who grew up during the Great Depression that started with a stock market crash in 1929 and continued in varying degrees until World War II. “I remember how things were at that time. We may have another depression.”