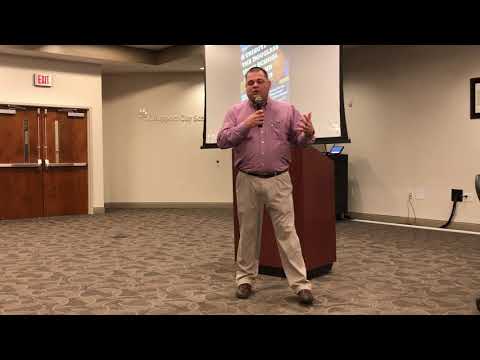 KINGSPORT — The start of women having the right to vote and basketball for blacks before desegregation of local public schools were front and center at the Kingsport Board of Education meeting Tuesday night.

The board work session also included a report on the Douglass High School commemorative basketball game set for Saturday, with Dobyns-Bennett High School Athletic Director Frankie DeBusk saying the free admission games with Jefferson hopefully will fill the D-B dome, as well as an update on the Portrait of a Graduate program, proposed policy changes, a communications report and a presentation of the KCS Annual Report, which is about to be distributed.

Representatives of elementary, middle and high schools presented books on women’s suffrage to city schools on behalf of school board members, including Jim Welch. He recalled reading in his grandmother’s family Bible about her first time voting. That was thanks in part to a Tennessee state House member whose vote to ratify the 19th Amendment to the U.S. Constitution took place 100 years ago this August. Tennessee was the 36th state legislature approval and gave women nationwide the right to vote.

DeBusk said the games Saturday, including the varsity boys game with a half-time event honoring former players of the all-black Douglass Tigers, will include varsity boys playing in uniforms in the old Douglass colors. He said the event is not a onetime effort, but the start of what he hopes becomes an ongoing effort to recognize and remember the days of the all-black school.

Welch, a retired KCS teacher, said he was the only board member old enough to remember segregation, which was struck down by the 1954 Brown vs. Board of Education Supreme Court ruling that separate but equal educational systems was not constitutional.

PORTRAIT OF A GRADUATE

Assistant Superintendent of Curriculum Rhonda Stringham gave the board an update on Portrait of a Graduate, a program the school system has started under the leadership of Superintendent Jeff Moorhouse.

She said it integrates into the mission of KCS to “inspire, cultivate and impact” and the idea of educating the whole child, not simply teaching to the test. The program emphasizes perseverance through goal setting and attendance rates, critical thinking through project-based learning, empathy with service and reductions in bullying, integrity by avoiding student suspensions and adaptability through goal setting and extracurricular activities.

It is part of the new Data Dashboard launched this year, she said.

“It’s not about the test always. It’s about the whole child,” Stringham said.

Assistant Superintendent of Administration Andy True presented a series of proposed policy revisions and new policies suggested by the Tennessee School Boards Association, including a revision that would correct policy to say district teachers and other employees work for the district, not the state; new policies spelling out the role of school board functions, duties of school board members; revising boardsmanship codes of conduct to specify social media don’ts and change four mentions of “school board chairman” to “school board president.”

Another revision would change the charter school application process to include new Tennessee law and update the timeline to say charter applications are due 60 days before Feb. 4. “In some areas of the state, the discussion of charter schools is increasing.”

True and Communications Editor Marybeth McLain updated the board on communications and activities, from Facebook and LinkedIn to “hiring” two D-B students as communications interns, and unveiled the KCS 2018-19 Annual Report about to be distributed.