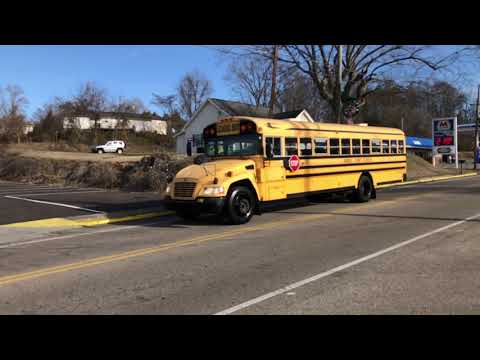 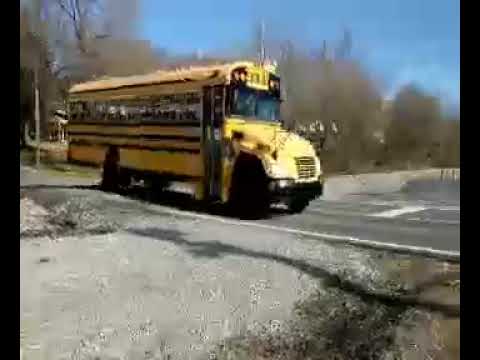 CHURCH HILL — It’s not often that you see a yellow school bus in a funeral procession in Hawkins County — or anywhere else for that matter.

But it’s not every day the longest-serving school bus driver in the history of Tennessee is laid to rest. Robert “Rob” Brooks died Christmas Day at his home. He was 84.

Hawkins County Schools bus No. 89 on Saturday morning took Brooks’ widow and wife of 49 years, Janice, and other family members from Johnson-Arrowood Funeral Home in Church Hill through downtown to Church Hill Memorial Gardens for the burial, following a Friday night funeral. The semi-retired school bus is the last one used by Brooks before he retired in 2016.

Some folks lined the route of the funeral procession and then joined those gathered at the cemetery. Brooks, also a farmer, drove a Hawkins County school bus for 57 1/2 years, starting in 1958. In 2010, with 52 consecutive years of driving, he beat the record for the longest-serving bus driver in the Volunteer State. When Brooks hit 56 years of service, he was inducted into the School Bus Driver Hall of Fame in Nashville in 2014. Brooks recalled in a 2014 interview about his retirement that then school board member Dr. Conner Lyons of Surgoinsville convinced him to drive a bus in 1958 after a driver quit and Brooks was being treated for strep throat.

Hawkins County school bus driver Darrell Lawson drove the family to the cemetery on the bus, which Brooks last used to haul students to Surgoinsville Elementary, Surgoinsville Middle and Volunteer High School. Lawson said the Bluebird bus Brooks last drove is no longer on a route full time but used as a backup while others are repaired.

At the graveside service, the Rev. Greg Fletcher of Fudges and Amis Chapel United Methodist churches delivered a short eulogy after leading a singing of “Jesus Loves Me” on the unseasonably warm morning. Aside from his wife, Brooks, a member of Fudges Chapel, is survived by a son, Johnny Brooks and wife Melissa; grandson Seth Brooks; special nephew Hugh Jarvis; and several nieces and nephews.

“He would have been so proud,” Brooks’ tearful wife said as she prepared to board the bus with Lawson. Former students Brooks drove over the years were asked to stand or wait in vehicles along the route of the procession.