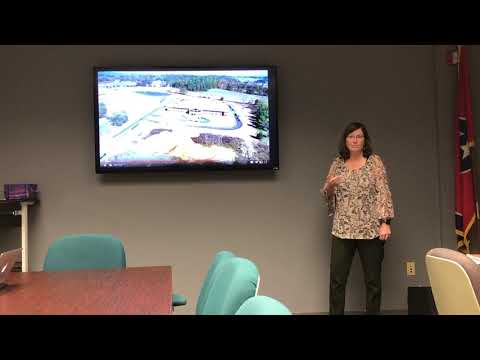 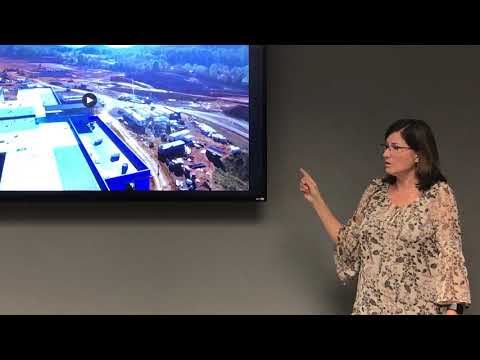 BLOUNTVILLE — Work is continuing on the two new Sullivan County schools, one of which is to open in January 2020 and the other in August 2021.

Architect Dineen West at Thursday’s Board of Education work session gave an update on the projects, including the nearly completed East Middle. The two projects are the first new school construction in the county since a building boom in the late 1970s and 1980 led to the opening of Sullivan North and South high schools and other facilities 39 years ago.

The two projects were funded mostly from $140 million in capital bonds issued by the Sullivan County Commission. Proceeds from the bond issue were shared with the Kingsport, Bristol, Tenn., and Johnson City school systems.

West, the lead architect at Kingsport-based Goins Rash Cain, gave an update on the almost-complete construction of the new 700-student facility, which will replace the middle school portion of Mary Hughes, a K-8, as well as Bluff City and Holston Valley middle schools.

The BOE in the meeting following the work session set the wheels in motion for the electrical contract with Bristol Tennessee Essential Services to be approved. An error in the originally approved contract had the wrong power rates for some outdoor power usage. That will be corrected by BOE Chairman Michael Hughes and Director of Schools David Cox and then affirmed at a called meeting Saturday morning, Nov. 16, at the Tennessee School Boards Association annual meeting in Nashville.

BOE member Paul Robinson asked if the school could open without a turn lane that the Tennessee Department of Transportation wants off Weaver Pike to serve the new school. West said she was not overseeing that project but that she hadn’t been told it couldn’t be done or that if it wasn’t ready in time that would delay opening the school. Charlie Hubbard, supervisor of maintenance and one of the overseers of the project, said if the weather cooperates and asphalt is still available, the project should be finished soon.

West also gave an update on the construction of the 1,700-student West Ridge High School, scheduled to open in August 2021 and to replace Sullivan North, South and all or most of Central high schools.

She said the school is taking shape and that more of it is visible from Interstate 81. It is near Exit 63 off Lynn Road. However, the county has yet to settle on a road improvement plan for the school, which fronts Lynn Road near the Kingsport city limits. Opponents of the school have long cited that as a reason to delay the project, and some discussions with TDOT have occurred, but the roads leading to the school are local roads, not state ones.