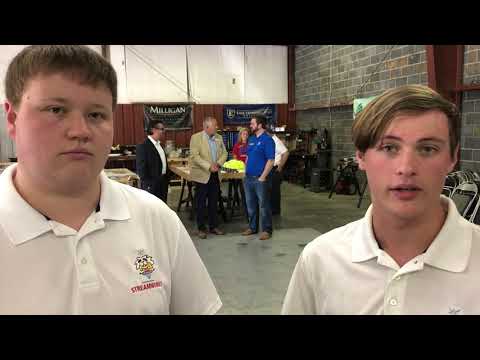 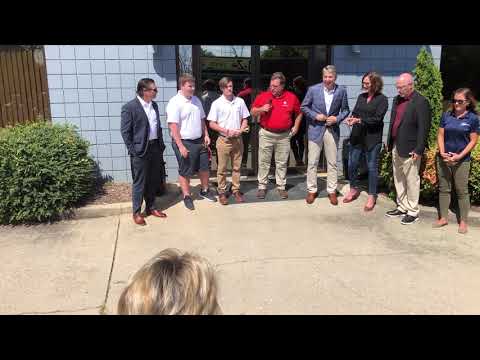 KINGSPORT — Robotics and drone training and competitions for youth have a new home in the Model City.

STREAMWORKS Powered by Eastman in Education held a ribbon cutting and open house Friday at its new home, 200 Lynn Garden Drive, after getting set up there following the move from its original STEM Gym location on Broad Street. The move actually occurred in January, but Friday’s event marked getting the new site up to speed.

Still, recently retired Eastman Chemical Company Vice President David Golden said the facility already has drawn folks from across the region and the country to look at robotics and other STREAMWORKS offerings.

On Friday evening, the 56-student Robot Drone League, to be based in the new STEM Gym, held its first meeting of students from Northeast Tennessee and Southwest Virginia, including strong contingents from Kingsport’s D-B EXCEL and Lee County, Va., schools.

The program is one of many new STEM (science, technology, engineering and math) initiatives. STREAM adds reading and arts to the mix.

WHY A STEM GYM?

“When you think about if you wanted to have a basketball program, you’d know you’d need a gym,” Golden said, adding that the building with high ceilings and open spaces is needed for the design, building and operation of robots and drones.

“We just can’t seem to go a day without another development in robotics,” Golden said. “This is helping our children be educated with the future in mind.”

This is the second Robot Drone League in the United States, the first having been formed in Boca Raton, Fla. STREAMWORKS Executive Director Dennis Courtney said the second-ever U.S. league also includes students from Johnson City, Bristol and Sullivan County.

Facilitators to the league will include D-B EXCEL seniors Gavin Bentley and Quintin Folkner, who are members of the school’s R-Matey’s underwater robotics team, and Dobyns-Bennett junior Makaila Freeman. The league is open to students ages 7-15 and will be active until mid-December.

Meanwhile, homeschooled second-grader Jackson Templeton wasted no time after the ribbon cutting getting a hands-on lesson in operating an underwater robot in a practice pool in another room of the STEM Gym.

WHAT ELSE IS OCCURRING IN STEM?

Eastman in Education and the Eastman Foundation also are supporting a new emphasis on synthetic biology, which is being taught in D-B’s new Regional Science and Technology Center, but efforts go beyond Kingsport City Schools, said Eastman public affairs spokeswoman Maranda Demuth. The foundation and Eastman in Education also are supporting computer coding initiatives in the region.

Earlier, in the league room in the back of the building, Bentley and Folkner explained that the new league will use robots and drones simultaneously in competitions against red and blue teams, featuring one drone and one robot versus another drone and robot.

“It’s kind of like King of the Hill but for geeks and nerds,” Courtney said.