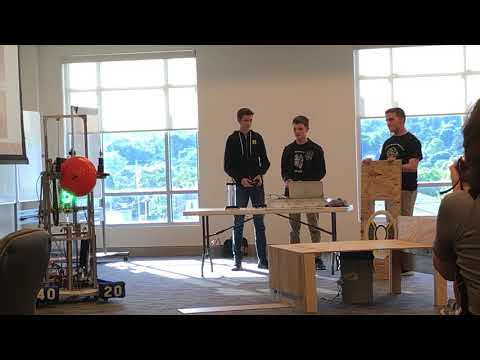 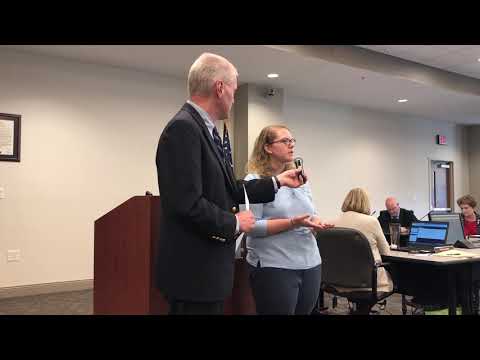 KINGSPORT — At its regular meeting Tuesday, the city school board honored the accomplishments of students, from Girl Scouts who performed community service projects to a robotics team that earned a slot for the first time in an international competition.

Members of the Girl Scouts of the Southern Appalachians in Kingsport City Schools were honored by the Board of Education for award-winning service projects, and Scouts then led the board’s pledge of allegiance.

Jacqueline Byers, a junior at Dobyns-Bennett, won the Gold Award for remodeling and refurbishing a library at Girls Inc. and led the pledge at the Inventor Center’s grand opening along with Mayor John Clark. D-B freshman Summer Hayes built a structure for the nonprofit Small Miracles to be used for patients/clients during equestrian therapy. Bronze Awards went to Makenzie Connelly and Alex Hayes of Robinson Middle; Madison House of Johnson Elementary; Destiny Stover of Jefferson Elementary; and Mia Al-Khateeb, Emma Robinson and Bailey Akers of Adams Elementary. Their projects focused on low literacy rates and hunger.

D-B’s Cyber Tribe Team 4020 FIRST (For Inspiration and Recognition of Science and Technology) Robotics squad participated for the first time in school history in the world competition, held in Houston. As previously reported, the Cyber Tribe finished first among 63 teams at the Palmetto Regional in Myrtle Beach and third in the Smoky Mountain Regional in Gatlinburg. At the world competition, it finished 19th in one of six divisions.

The Cyber Tribe ended the year ranked first in Tennessee, 66th in the United States and 75th in the world. That compares to an eighth place regional finish in Myrtle Beach last year and finishing in the top 20 percent in the world. The team gave the BOE and audience a demonstration during the meeting.

The discussions ended in debating issues in education including graduation requirements, physical education substitutions, whether fighting should be a zero-tolerance offense and switching from the valedictorian and salutatorian designations at graduation to the Latin designations used in universities. Smith said it was interesting for students to put aside their own opinions and argue the side of an issue for which they were chosen, and Loo last year was chosen a first vice president for this year’s event. D-B social studies teacher Jason Clayman was the group’s sponsor.

Three D-B students earned Future Farmers of America degrees at the FFA Convention March 24-27 in Gatlinburg. This is the highest degree the state association can give members, who first must earn Greenhand and Chapter degrees from their school chapters.

Cameron McReynolds, a senior planning to seek a degree in agriculture engineering at UT, is a three-year member of FFA and D-B chapter co-president. Tatum O’Dell is a junior and three-year FFA member and vice president of the chapter and plans to run for office next year. Aubrey Vincent is a senior planning to attend Northeast State Community College before pursuing a wildlife and fisheries science degree at UT. She is co-president of the chapter.