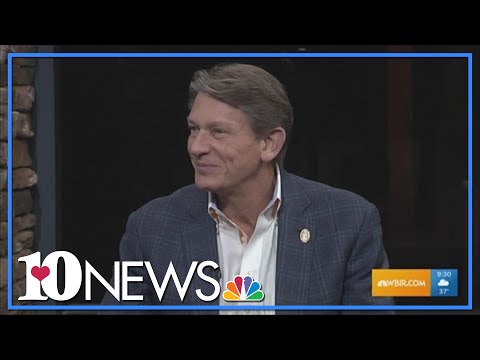 
How big is UT's economic impact?

That’s the economic impact of the University of Tennessee (UT).

UT’s economic impact study included its campuses located in Knoxville, Chattanooga and Martin, as well as the Health Science Center in Memphis, the Space Institute in Tullahoma and the statewide Institute of Agriculture and Institute for Public Service.

The economic impact was calculated in part through research by UT’s Boyd Center for Business and Economic Research, and used payroll spending and fringe benefits, non-payroll spending, jobs created through system-related spending and tax revenues. The $9 billion figure did not include the role UT has in co-managing Oak Ridge National Laboratory with its more than 4,000 employees and $2.2 billion budget.

Overseeing it all is interim UT President Randy Boyd – the former Republican gubernatorial candidate – who pointed out during a meeting with members of the Times News Editorial Board that the university sends 11,800 graduates into the economy each year.

That makes UT the largest contributor of Tennessee’s “Drive to 55” program to get 55 percent of Tennesseans equipped with a college degree by the year 2025.

What were your expectations when you took on this job?

“I want to help contribute to the success of my alma mater and my state. I love the University of Tennessee. I went there as a student. I grew up in Knoxville. I’ve been giving back to the university in one way or another for the last 30 years and it’s continuing to give back to me in so many different ways. The University of Tennessee makes a huge impact in rural communities. What can I get done in the two years I’m there? One is get great leadership. I signed up for two years. Second is we’ve got to do a better job producing more talent. We’re looking at ways to increase that graduation number. At Knoxville, one out of four don’t graduate. We’ve got to increase our enrollment. It’s been relatively flat the last 11 years. We have to do a better job of transferring students. Sixty percent of the students who sign up for the Tennessee Promise transfer over to a four-year school. We have to do a better job with research. We’re looking to double our research in the next seven years. The biggest ally we have there is Oak Ridge National Labs. Last week we published a report that said if we could reduce the opioid crisis by 10 percent we could save the state $800 million a year. We also just need to work on our brand and share all the good news the University of Tennessee is doing.”

What would you say about all the construction going on campus?

“We just finished the Student Union building, and that was a $100 million project. It’s always a moving target. We’re hopeful for a new building for agriculture. They’ve got a building that was about 55 years old. Most of the construction is for new academic facilities.”

So do you want the interim tag taken off and stay on as president?

“No. I need to do two years. I think it’s good we have an interim for several reasons. One no one feels threatened. There is should be zero or less concern that I have an agenda. I have the long term concern of the university in mind. Also, I need to be bold. I’m not worried about job security. It gives me a sense of urgency. I’m in a big hurry to get things done.”

We hear concerns about state funding for two-year institutions and ETSU (East Tennessee State University). Is there a need for more support from the state?

“Every university always would like to have more funding, but relative to other states, the state of Tennessee has been very generous supporting higher education. We have something called a performance funding formula which basically is tied to performance. As long as we retain and graduate students, there’s a promise for a particular amount of funds and the state has been fully funding that formula since 2014.”

What would you say about the cost of higher education?

“The state of Tennessee is in the lowest quartile of student debt. I think we’re 42nd. Fifty percent of our students at UTK graduate with zero debt. Twenty five percent graduate with less than $24,000 in debt. We worry about all debt and making us more affordable every day.”