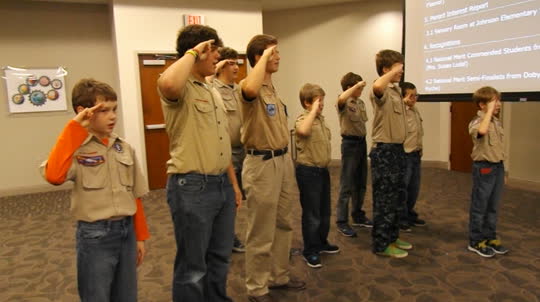 KINGSPORT — The Kingsport school board Thursday night did what every public school system across Tennessee will do or already has done: It changed grading policies for this school year to take standardized test results out of student grades.

The Board of Education approved the change in a 4-0 vote with President Carrie Upshaw absent, but BOE member Todd Golden expressed his displeasure with the state for launching TNReady but then announcing it would supply first-year quick scores that are anything but quick. His comments were along the same line as Sullivan County school board members Todd Broughton and Randall Jones, who expressed similar sentiments during a county school board work session earlier this year. The county board voted 7-0 to make the change for its system at its Nov. 2 meeting.

Michael Hubbard, director of performance excellence for Kingsport City Schools, said the TNReady math and English language arts testing to be given this month and in December won’t result in quick scores until Feburary, according to the state Department of Education. And Hubbard said the tests given in February, April and May won’t have quick scores available until June or later according to the state. He said end-of-course tests in U.S. history will be given online in November and December and that EOC tests in biology and chemistry will be done in December, but he said those scores, too, will be returned too late for student grades.

To add the proverbial insult to injury, the state did not inform school districts of the later quick scores until late August, after most already had been in session for weeks and published their student handbooks.

Sullivan County Director of Schools Evelyn Rafalowsi at the Nov. 2 county meeting said it simply wasn’t fair to hold student grades hostage to the slow test results. She and Hubbard said that is why the state is allowing, almost requiring, school systems to make the change for the 2015-16 school year. Hubbard said the ELA test in particular and others in general will take longer to grade because they rely more on open-ended short answer and essay responses than multiple-choice testing.

In other action, the board:

— Approved a contract that will bring Dippin’ Dots beaded yogurt to the city’s middle and high school students through food services. The treats, to be suppolied by KBC Distribution, will cost $2 each compared to about $4 or more in many retail outlets, according to Jennifer Walker, who oversees school nutrition for KCS. She said if the Board of Mayor and Aldermen approves the change later this month, the items should be available to students by the first of December. The new offering will fit in with the self-supporting school nutrition operation.

— Heard a report from Roosevelt fifth grade science and social studies teacher Kaitlyn Fleenor on student engagement and voice in the 21st century classroom. Four students said they liked watching videos, singing science songs Fleenor created, studying space, applying for jobs at Jurassic World and hands-on learning with trial and error. The first song was about photosynthesis set to the music of “Cheerlead” by Omi. For more infomration, go to the Twitter account called Fleenor’s Fifth Grade with a  photo of a fox.

— Heard a report from Kelly Hernandez, special education teacher at Johnson Elementary, and other Johnson teachers about the new Sensory Room at the school funded with a $7,500 grant from the Palmer Center Foundation and some school money. The teachers said one in six children has a sensory issue that affects learning or everyday activities. They showed a video about the room, which includes an interactive buggle tube, a steamroller and reflective plating. Hernandez said she hopes the 10 x 16-foot room acts as a pilot for similar rooms in other schools and welcomed other schools to contact Johnson teachers about the project.

The sensory equipment can help develop life skills including vocalization, gross motor skills and fine motor skills, and the Johnson room promotes and supports self-organization, resilience, and recovery in a safe environment, the teachers said.