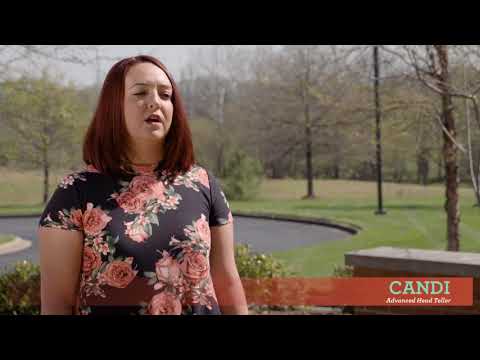 KINGSPORT — The ribbon was cut Thursday on the largest building in Eastman Credit Union’s portfolio: a 60,000-square-foot ECU Support Center.

Since the project was announced two years ago, ECU President and CEO Olan Jones said the credit union has added 40,000 members and $1 billion in assets.

“We probably did not expect or predict that, but it occurred that way,” Jones told a room full of people inside the Support Center. “It’s really a focus on excellent member service that our staff provides each and every day. We have about 500 employees in Kingsport. It’s to manage and support 230,000 members all over the United States.”

The Wilcox Drive facility — located on a corridor gateway for Kingsport — will house ECU’s training and development department, mortgage support services, consumer lending phone group, central underwriting department and ECU Title and Escrow. The center will not be open to the public, although ECU Title and Escrow will offer limited public access for mortgage loan closings.

ECU officials said 140 staff members will move into the first three floors, and Jones noted the facility ultimately will employ more than 200.

ECU did not disclose the total investment in the project. ECU partnered with Cain Rash West Architects, GRC Construction, Workspace Interiors and other local contractors on the building’s development.

ECU has returned $118 million to members since 1998 in the form of an Extraordinary Dividend. ECU operates 27 locations in Northeast Tennessee, Southwest Virginia and in Texas. ECU has $4.79 billion in assets.